Find Your Happy Place. Make A Date With a Harlequin: 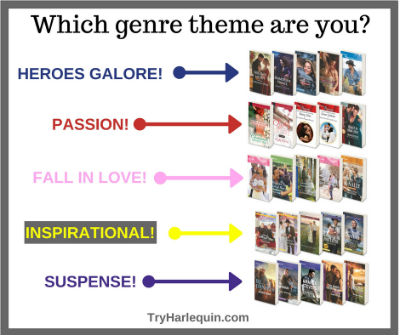 What kind of book is your most favorite? Check out these 5 romance subgenres to learn more: 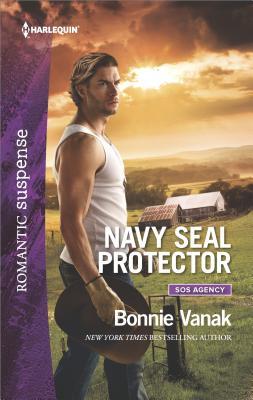 Ten years ago, bad boy Nick Anderson left home—and a brokenhearted Shelby Stillwater in his wake. Now the retired navy SEAL has inherited the family ranch Shelby calls home. Almost in foreclosure, the property is being sabotaged to force a sale…and Shelby is in mortal danger.

As Nick and Shelby work together to stop the vandals, old passions and new threats arise. The ranch carries painful memories, and Nick’s not sure if he’s willing to work to save the land. But as he finds new purpose and a new home, he remains determined to keep Shelby from harm…even if it means risking everything he holds dear in the process.

No one was kicking her out of her home, even if she had to work double shifts until she dropped.

Shelby Stillwater swiped a hand across her sweating brow, righted the white cowboy hat on her head and then watched as the bartender poured another frosty pitcher of golden beer. Friday night at the Bucking Bronc Steak House. Tips should be good tonight, as long as she could avoid the ungentlemanly slurs and smile, smile, smile.

Brown curls bobbing as she walked and the white fringe at the hem of her short skirt swaying like reeds in a hard wind, she carried the pitcher to table fourteen. The gray-haired geezer with a belly spilling in a waterfall over his silver belt buckle tried to squeeze her bottom, but she danced away.

“C’mere, sweet thang,” he called out in a slur. “Lemme take another look at you.”

Look at this, she silently fumed, tempted to flip him her middle finger. Instead, she headed for another table, pad in hand, her back and feet feeling as if twin weights were dumped on them. The group of ten businessmen

from Nashville had ordered enough food to feed a small country. Their bill was solidly into the triple digits and they might give her a triple-digit tip if she could avoid the octopus with the wandering hands.

A big tip meant a store-bought cake instead of homemade for Timmy. His sixth birthday was in a few days and she planned to celebrate it in style.

Shelby bustled through orders, patiently allowing a patron to switch tables three times “because the lighting isn’t good here,” and returned a steak when a grumpy woman said it was rare, even though the woman had ordered it extra rare. She generally liked waitressing and most guests were well-mannered locals who treated her well. But with the big country-music convention in the next town this weekend, the out-of-town guests were taxing her patience.

She peeked at the bill and stared at the tip.

A measly twelve dollars for a three-hundred-and-fifty-dollar bill? Anger simmered, but she refused to surrender to it. Already skating on thin ice with Bill, if she ran after the customers and told them what she thought of their “tip,” then…

Instead, she shoved the check into her apron and pushed on.

Later, she’d kick off the white cowboy boots, put up her feet and have a glass of white wine while watching Steel Magnolias, a favorite comfort movie. Gone were the days when her mother, in a rare moment of sobriety, would cuddle up next to her on the sofa and they’d watch the movie while munching on a tub of popcorn. Mom

had named her after the tragic Shelby in the film. This Shelby preferred to think she was more the Ouiser type, tough and pragmatic.

I’m more like a tin daisy. But I’ve had it worse.

Living in her family’s car when they were evicted because her daddy couldn’t hold down a job was worse. Going to school in ragged clothing that she’d mended herself because Mama was sleeping off a hangover was worse.

But eighteen years ago, when Silas Anderson gave her father a job at the Belle Creek Ranch, things started to turn around. A sudden bout of grief made her pause and catch her breath. Silas had died last week. Funeral tomorrow. She’d felt genuine sorrow for the man’s passing. Silas had been more of a father to her than her drunken dad.

She’d put her own money into the ranch, reducing her salary for the job she did as the ranch bookkeeper, and paid for small repairs when things got broken. Lately, lots of things had been broken. Shelby would do anything to keep her little apartment above the garage. The Belle Creek was home. Silas and Dan, his nephew and the ranch manager, had allowed her to live rent-free for the past ten years.

Even though the ranch could face foreclosure, she felt confident things would work out with her help.

Out of the corner of her eye, she saw a grizzled, silver-headed man sit at a booth in her section. He wore a faded olive drab jacket decorated with many patches. Old Vern,

who’d served many tours in ’Nam. Shelby forgot about the lousy tip. With a big smile, she headed for him.

For a few minutes she listened to him talk about everything from the weather to his grandchildren. Vern came in every Friday, probably for the company. He lived alone, and she knew he had little money. So every Friday, she paid for his meal on the sly, telling him they had a “special” for vets.

Seeing her manager frown and start toward her, she promised Vern to put in his order straightaway.