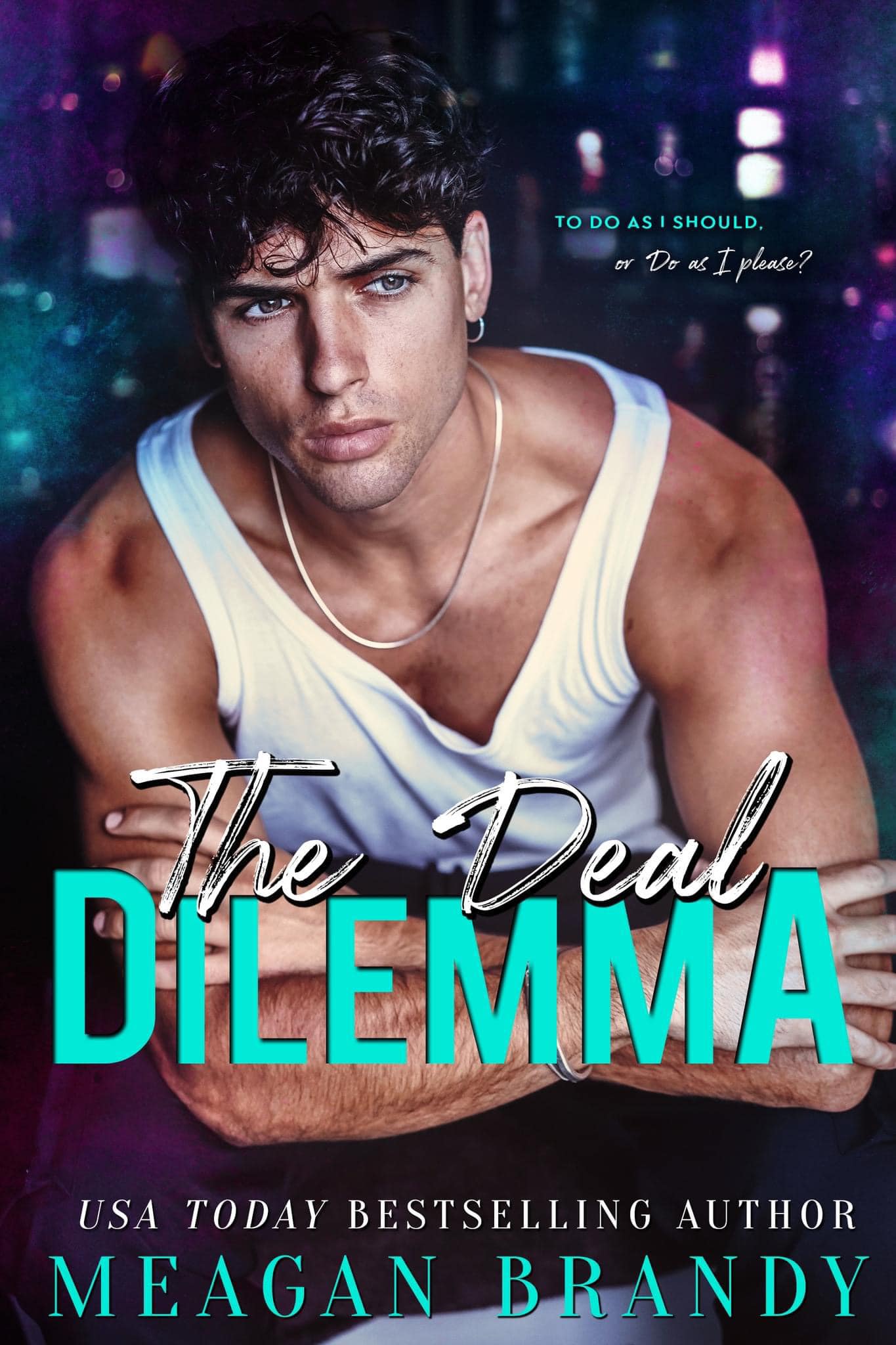 The Deal Dilemma by Meagan Brandy
Series: Standalone
Publication Date: September 23rd 2022
Links: Ebook • Paperback • Goodreads
Source: I received a copy from the author in exchange for an honest review

Ever wonder what would happen if you bribed your brother’s ex-best friend to pop your cherry?

Yeah, me either, but I did it anyway. Now the moody man is madder than ever, but I came prepared to strike a deal …

One he can’t refuse.

Crew Taylor is the picture of perfection, if gruff, grumpy, and prone to throw a punch is your type. Clearly, it’s mine or I wouldn’t be begging him to bite the bullet and claim my virginity as his own.

Sure, he’s a bit of a caveman, broody and bossy and oh so naughty, but that’s sort of the point.
He’s experienced, his heated hazel eyes promising sinful skills in seduction, and I want him to teach me all he knows.

Lesson by lesson.
Night after night.

He says he won’t allow me in his bed … but I wonder what it would take to get him to play in mine a bit?

If you love a good brother’s best friend romance, The Deal Dilemma is for you! This is a new adult standalone about a college girl who wants to finally lose her virginity, and she knows the perfect man to do the job: her brother’s ex-best friend.

The Deal Dilemma is so fun and flirty, and I adored the main characters. Davis is a gorgeous nerd who wants her brother’s ex-bestie Crew, who she grew up around, to help her get rid of her v-card, even though they haven’t spoken in years since Crew and Memphis’ falling out. Crew thinks Davis is insane for this (especially when she whips out a whole essay on the reasons why he should agree) but he doesn’t seem to want her to lose her virginity to anyone else. There’s lots of good jealousy on his part, and the way Davis drives Crew crazy is hilarious! Their banter and chemistry was great, and I loved seeing their friendship slowly grow into something more.

Besides the romance, I loved Crew’s brother/best friend crew! They are all so funny but so protective of Crew, who was taken advantage by someone who should’ve been there for him. We get to learn more about his past and his former relationship with Memphis, which might not have been the best. All of this added some great depth to the story and made for a great read.

Even though on the surface, The Deal Dilemma sounds like your typical new adult, brother’s best friend romance with a bad boy/good girl dynamic, it’s a lot more than that too!