Ronnie McGuire is my target.

But I wish he wasn’t.

I didn’t sign up for this destruction, this pain.

In his music, I hear his soul crying out for me.

If I could, I’d run away from here and never look back because to tell you the truth, I’m terrified. There are forces weighing in on me that even I don’t understand. I’m scared. Things are dangerous. This could get real ugly, real fast.

Lola Saints is a godsend.

But I wish she wasn’t.

I don’t know sh*t about her, but already, I’m hooked.

When she plays, I can almost imagine the ghosts of the dead are calling out to me.

If I could, I’d shed my soul and leave the pain of the past behind me. But I can’t. I have to figure out if there’s a way to fall in love anew and respect the old. But something else is going on, something weird. Something that tells me my tough luck might just run out real fast.

*This is NOT the last book in the series. There will be later books featuring Turner and Naomi again, and they also appear in this volume quite a bit. 😉

“You got a light?” a voice asks from the shadows to my left.  The accent sounds familiar, but when I turn to look, I know sure as shit that the face is not.  I’d remember a face like that.

The girl in question raises both her brows at me and holds out a cigarette.  It hangs limply between us.

“Have we met before?” I ask, because unless she’s a rogue fan who’s managed to escape the horde of bodyguards Milo’s hired, then I am plum dumb fuck out of luck when it comes to placing her.  And I know everybody, and I mean everybody on this damn tour.  I’ve slept with half of them, and fought with the rest.  I chit chat with the best, and I know who’s who – from the lowliest roadie to the most infamous tattooed self-proclaimed badass.  I slip my lighter out of my jeans and fire her up.

The girl snorts and raises her bug-eyed sunglasses up with her other hand, teasing me with a hint of bright blue eyes and a little crinkle between her eyebrows.

“I sure as shit hope so, Mr. McGuire,” she says and drops her shades.  “I gave you a blow job in a utility closet once upon a time.”  She kisses the words out, letting them slip and slide over her lips, so that I can feel each and every one of them caressing over my cock.  My body responds, much to the mystery’s girl amusement.  She laughs at the erection I don’t bother to hide and takes a drag from her cigarette.  “I was told that if I wanted information, I ought to come to you.”  She smiles at me and blows a fresh cloud of smoke into the hazy air.

The crowd is tearing up the venue on the other side of the cement wall behind me.  It sounds like they’re getting ready to start a riot or something, shouting Turner’s name, Naomi’s, screaming for that backstabbing bitch, Hayden.  When I was growing up, I always wanted to be a rockstar.  One, because I liked music, and two, because I was lazy as hell and thought it would be an easy job.  Could not have been any more wrong about that.  If I knew back then that I’d make it this far, I’d have probably gone for a nine to five and not because I’d like it, but because it would take less gusto, less courage.  Those two things have been in short supply for me for a long, long while.  It’s only recently that I’ve been able to grab onto them again, and already, they’re being drained from me like pus from a septic fucking wound.

The shouting of the audience is giving me a headache, and the lack of drugs in my system is actually making the words less clear.  Detox is a bitch.  I rub at my temple with my fingers and blink at the girl, hoping to hell she’ll give me her damn name before these people surge up and rip us all to pieces, eat our flesh and sacrifice us on some homemade alters in their parents’ basement.

“Yeah,” I tell her, sniffling and running my hand across my face.  “I’m pretty much the gossip guru of the camp.  What’s up?”  I look the girl up and down, examining her small round face, her waif like body and her plump lips.  I’d like to get more than a blow job from her, preferably in a state of mind where I can remember it.  How do I not know this chick?  I wonder, tilting my head to the side.

Her hip is cocked out and her mouth is twisted in a wicked smile.  She might be a foot or more shorter than I am, but she looks miles tall.  She’s got a confident air around her that commands attention, especially from somebody as lazy as me.

I smoke my cigarette and wait for her to respond.

“Come on, ya wanker, you seriously have no clue who I am?”  She drops her cigarette to the cement floor and crushes it out with her purple velvet heels.  Fancy.  I lean forward and put my hand on the wall next to her head. 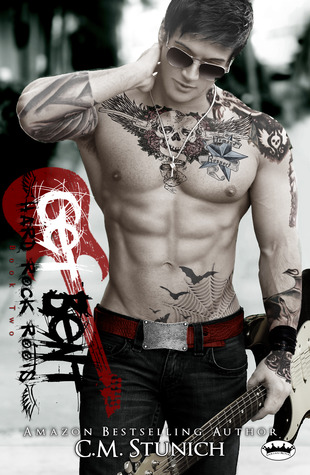 C.M. Stunich was raised under a cover of fog in the area known simply as Eureka, CA. A mysterious place, this strange, arboreal land nursed Caitlin’s (yes, that’s her name!) desire to write strange fiction novels about wicked monsters, magical trains, and Nemean Lions (Google it!). She currently enjoys drag queens, having too many cats, and tribal bellydance.

Always a fan of the indie scene and ‘sticking it to the man,’ Ms. Stunich decided to take the road less traveled and forgo the traditional publishing route. You can be assured though that she received several rejections as to ensure her proper place in the world of writers before taking up a friend’s offer to start a publishing company. Sarian Royal was born, and Ms. Stunich’s books slowly transformed from mere baking chocolate to full blown tortes with hand sculpted fondant flowers.

C.M. is a writer obsessed with delivering the very best and scours her mind on a regular basis to select the most unusual stories for the outside world.

Ms. Stunich can be reached via e-mail or by post and loves to hear from her readers. Ms. Stunich also wrote this biography and has no idea why she decided to refer to herself in the third person.