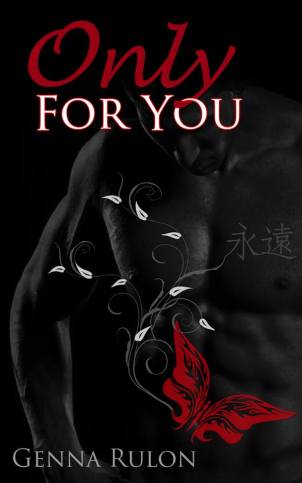 “In its purest form love is self-sacrificing, eternal, selfless, enduring, truthful, forgiving and indulgent. It also feels an awful lot like a kick to the stomach when you try to fight it!“

All Everleigh Carsen wanted to do was complete her final semester at Hensley University and begin the life she carefully planned.

When a wave of violent crime seizes campus, Everleigh is persuaded to attend a school sponsored self-defense seminar by her best friend, where she meets volunteer instructor, Hunter Charles. After Everleigh’s biting sarcasm induces Hunter to eject her from class, a tempestuous relationship is born.

Everleigh is determined to forget the striking man, but fate–that fickle shrew–continuously intervenes. Unable to escape him, she declares Hunter an enemy combatant. The only complication… Hunter is resolutely pursuing vindication…by any means necessary. Verbal warfare ensues, and despite Everleigh’s ingenious efforts, in Hunter, she has finally found her equal.

Only For You is a compelling tale of friendship, desire, and redemption–brimming with intelligent characters, witty dialogue, unexpected twists, profound sorrow, unfettered hope, and love’s unassailable perseverance.

Note:  Although this is series, each novel can be read as a stand alone.

AH–it’s a friends to lovers romance! Off-the-charts sexual tension? Check! AH–it’s a new adult mystery! Intense, thrilling, and suspenseful? Check! AH–Hunter! A totally hot, sexy, protective alpha-male? Check! Okay, so if you’re into any or all of what I’ve just listed, then you have to read Only for You!

I had a great time reading this book. Not only was there a fantastic–if at times, frustrating, romance–there was an exciting mystery going on! I loved how Genna Rulon integrated both the romance and the mystery, and the story flowed so well. I was impressed with the writing, and I felt the characters were very mature (maybe a little TOO mature sometimes…) for their age. And it was good that they were mature, because at the university where they attend, an attacker is on the loose. Someone on Hensley University has been attacking and brutalizing women, and the violent crimes escalate even further. Because of this, the school has offered free self defense lessons, which is where our heroine comes in.

It was impossible to explain what it was like to be a woman under the best of circumstances, the awareness of out vulnerability, the inherent wariness. And in these extraordinary circumstances–he could never fathom the effects of living every day under the threat of assault, the constant vigilance required for self-preservation, doubting every man we encountered whether stranger or friend.

Everleigh is in her last year of college, and her best friend has just signed her up for self defense lessons. And the instructor of these lessons is the über-sexy, delicious Hunter Charles. And what I loved about Everleigh was that even though she drools a little over him, she’s still her snarky, witty self. She doesn’t fall head over heels for him on sight. In fact, things get worse right at the beginning of the lesson, and Everleigh and her smart mouth are kicked out but none other than Hunter.

But then Hunter shows up on the first day of school in one of Ever’s classes, and she’s less than thrilled. The two of them have such a snarky, hilarious rapport together, and even though there’s an intense attraction between the two, they eventually become great together as friends. And Everleigh cements this strong and steady friendship when she (hilariously) believes Hunter is… gay. Hunter doesn’t know Ever thinks he’s gay, and we certainly know Hunter is far from gay, but it’s the perfect setup for the both of them to remain just friends. And they become best friends, sharing so much of each other that it would seem that they are in a relationship.

In the meantime, the attacker at Hensley University is getting bolder and more daring. More girls are getting hurt and by more violent means. Ever and her best friend continue to learn how to defend themselves as the mystery gets bigger, and as Hunter and Ever move closer to passing the friend-zone.

The romance was a tiny bit slow for me, but I ended up enjoying it very much in the end. If you love alpha-males, Hunter is totally your man!

“I already knew, for me there is only you. No matter what happened between us in the future, it would only ever be you. I was made for you–only for you.”

Did you see that? It was the title of the book in that quote! Gah, I just love it when books do that (heehee). And yeah, swoon!

Only for You is the perfect blend of romance and mystery/suspense. I enjoyed reading it very much, and I’d definitely recommend this book for fans of either of those genres. And now I’m so excited to read the second book in the series, which is about Ever’s best friend, Sam!

Reading Order: For You series

Genna Rulon is an up and coming contemporary romance author.

During her 15 years in the corporate world, Genna, inspired by her love of reading, fantasized about penning her own stories. Encouraged by her favorite authors, many of whom are indie writers and self-published, she committed to pursuing her aspirations of writing her own novels.

Genna was raised in Long Island, New York, where she still resides, surrounded by the most amazing family and friends. Married to a wonderful man, who patiently tolerates her ramblings about whichever book she is currently working on, even feigning interest relatively convincingly! Genna is blessed with two little boys who do their best to thwart mommy’s writing time with their hilarious antics and charming extrapolations.

One thought on “Review Tour + Giveaway: Only for You by Genna Rulon”