BEHIND HIS EYES – CONSEQUENCES is a reading companion, by New York Times and USA Today bestselling author Aleatha Romig, recommended to be read after completing all of the CONSEQUENCES SERIES: Consequences, Truth, and Convicted. It is not a standalone book and should not be read as such.

This companion was written to explore the thoughts and motivations of Anthony Rawlings, the man behind the consequences. It was not intended as a total rewrite of Consequences, but meant to enhance the reader’s understanding. BHE-Consequences contains significant scenes from the novel Consequences, as experienced from Anthony’s point of view. It also contains never before read, behind the scenes information, as well as, a glossary of the characters and a timeline devoted to the events within Consequences.

BEHIND HIS EYES CONSEQUENCES is a dark journey into the mind of the man who believes that he controls everything and controls nothing. Because there is more to learn about a man who:

Once upon a time, signed a napkin that he knew was a contract. As an esteemed businessman, he forgot one very important rule—he forgot to read the fine print. It wasn’t an acquisition to own another person as he’d previously assumed. It was an agreement to acquire a soul.

It was a long and painful acquisition—especially from Behind His Eyes!

The beginning of the end…coffee? – January 2012

When Tony crawled back into his bed, he slid behind Claire’s sleeping body and wrapped her in his arms. She fit perfectly as he was drawn to her radiating warmth. Gently kissing her hair, he tasted her perfume as his hands wandered her curves, caressing her soft skin. Her soft murmurs filled his heart with hope as she settled into his embrace. Smiling, Tony imagined that in a few days he’d have his wife on a sunny beach with nothing more than a bikini—maybe not even that. Those images and more filled his mind as he drifted off to sleep.

When he woke, Tony lingered longer than usual in the warmth of their bed. Being much too early for Claire to wake, he lifted his head, rested it on his elbow, and watched her sleep. Her lightened hair covered her pillow as renegade strands crisscrossed her exposed cheek. Along with her exposed face, one bare shoulder was visible above the mound of luxurious blankets. Tony leaned closer, kissed her forehead, and watched in amusement as her nose wrinkled. Lightly, he kissed her again. This time he was rewarded with the most beautiful moan as she stretched and turned toward him. Although Claire was still sound asleep, she subconsciously responded to his touch. He wanted to wake her, but he feared that if her warm soft skin touched his and they connected their bodies, as they’d been connected the night before, he wouldn’t be able to carry out his plan.

Brushing the strands of blonde from her face, he whispered, “You don’t need to wake, yet.” When she didn’t respond and he was confident of her sleeping, he added, “You have a big day, my dear. You need your rest. Tonight we’ll celebrate.”

Throughout Tony’s morning routine, he avoided thoughts of Claire’s impending examination. To him it was merely a formality—the final signature on their life long contract. The deal was already complete; she belonged to him—she wouldn’t disappoint.

She knew better; because, if she did, he’d promised consequences. And Anthony Rawlings was a man of his word. 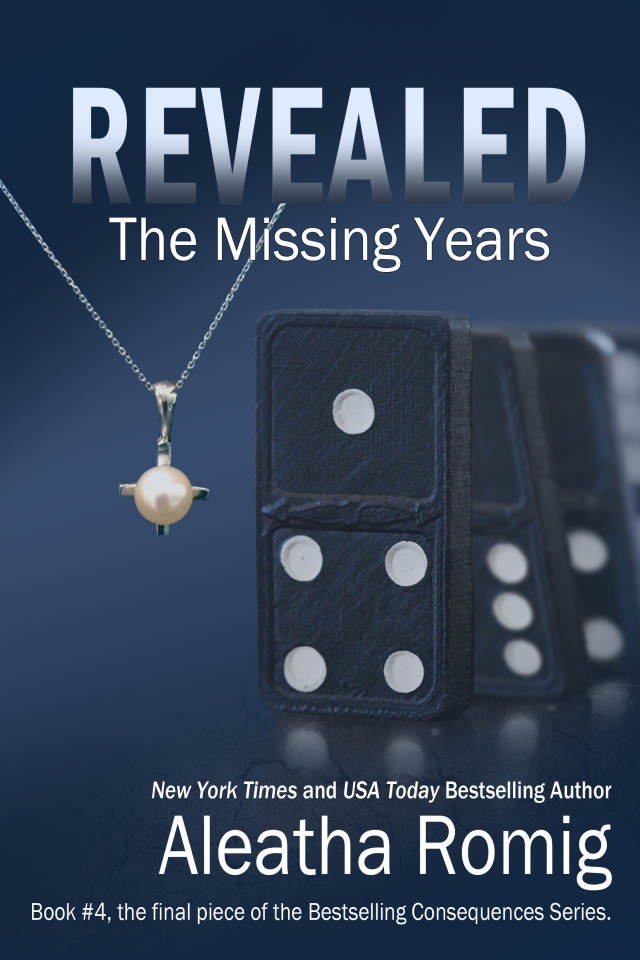 Aleatha Romig is a bestselling author, who has been voted #1 “New Author to Read” on Goodreads July 2012 – Present! She was also #9 most followed author on Goodreads – July / August 2013.Aleatha has lived most of her life in Indiana growing-up in Mishawaka, graduating from Indiana University, and currently living south of Indianapolis. Together with her high-school sweetheart and husband of twenty six years, they’ve raised three children. Before she became a full-time author, she worked days as a dental hygienist and spent her nights writing. Now, when she’s not imagining mind-blowing twists and turns, she likes to spend her time with her family and friends. Her pastimes include exercising, reading and creating heros/ anti-heros who haunt your dreams!Aleatha enjoys traveling, especially when there is a beach involved. In 2011 she had the opportunity to visit Sydney, Australia to visit her daughter studying at the University of Wollongong. Her dream is to travel to places in her novels and around the world.CONSEQUENCES, her first novel, was released August 2011 by Xlibris Publishing. October 2012 Ms. Romig rereleased CONSEQUENCES as an Indie author. TRUTH, the sequel, was released October 30, 2012 and CONVICTED, the final installment of the Consequences Series, release today, October 8th, 2013!

Aleatha is a “Published Author’s Network” member of the Romance Writers of America and represented by Danielle Egan-Miller of Brown and Miller Literary Associates.