Welcome to today’s stop on the Savage Delight blog tour! We have a fantastic excerpt and giveaway on the blog today!

It’s been three years, twenty-five weeks, and five days since Isis Blake fell in love, and if she has it her way, it’ll stretch into infinity.

After a run-in with her mom’s ex-boyfriend, she scrabbles to remember what she’s lost to amnesia. Her ex-nemesis Jack falls deeper into a pit of despair, and his girlfriend Sophia does all she can to keep him to herself. But as Isis’ memories return, she finds it harder and harder to resist what she felt for Jack, and Jack finds it impossible to stay away from the only girl who’s ever melted the ice around his heart.

As the dark secrets surrounding Sophia emerge, Isis realizes Jack isn’t who she thought he was. He’s dangerous. But when Isis starts receiving terrifying emails from an anonymous source, that danger might be the only thing protecting her from something far more threatening.

***This book contains language and sexual scenes, some of which may be unsuitable for younger readers.

***This is the second book in the Lovely Vicious series.

My life has become a series of people asking me if I’m better.

Except I’m sitting in a hospital bed with a massive bandage around my head like a turban. So no, I’m not better.

But people keep asking anyway because it’s how you show concern for someone you care about, I guess, but frankly a giant box of chocolate truffles and reign over a small kingdom would be acceptable stand-ins.

No school. No home. All I do is sit in bed all day and watch crappy soap operas in which people faint dramatically all the time. Like, damn. That shit’s an epidemic. I get so bored I try to mimic their faints except the nurses catch me and say stuff like ‘you have a head injury’ and ‘contrary to popular belief, the floor is hard’, or some nonsense, so nobody can blame me when I steal the nearest wheelchair and bolt down the hall at top speeds. NASCAR ain’t got nothing on me. Except the backing of huge corporations who give them money to go fast. But still. I’m twice as cool and my ride is pimped as hell – a worn-out shitstain on the seat from somebody’s dead someone and the stuffing pulled slightly out of the armrest.

“Good evening, chaps!” I nod at two interns. They shoot each other looks but before they can call security, I’m blazing around the corner at warp speed.

“Bloody good weather we’re having!” I smile at a man sitting in his bed as I pass his open room. He cheerily returns my greeting with a resounding “Go to hell!”.

I round the next corner and come face-to-face with Naomi, my nurse. Her hair’s back in a strict bun, her face angry and worried and tired all at the same time.

“The madman is back that way,” I jerk my thumb behind me. As if to prove it, a loud “FUCK!” reverberates. Naomi narrows her eyes and points at my room.

“Why you gotta be like that?” I sigh. “We can work this out. There can be bribes. Of the monetary kind. Or maybe not monetary. Do you like adventures? I’m full of those. I can give you at least nine adventures.”

“You’ve already given me one for the day. If you don’t get back in bed, I won’t let Sophia in after her check-up.”

I start to faint dramatically, but she catches me with her meaty arms and plops me in the wheelchair, pushing me back to my room. I grumble the entire way. In the doorway, I crawl out on my hands and knees and fake-sob, collapsing into bed.

“Oh, quiet, you drama queen.” Naomi chides, and closes the door behind her.

“Drama empress!” I yell. “I prefer the title empress!” 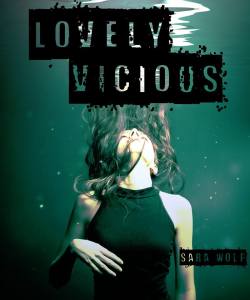 Seventeen-year-old Isis Blake hasn’t fallen in love in three years, nine weeks, and five days, and after what happened last time, she intends to keep it that way. Since then she’s lost eighty-five pounds, gotten four streaks of purple in her hair, and moved to the Buttcrack-of-Nowhere Ohio to help her mom escape a bad relationship.

All the girls in her new school want one thing – Jack Hunter, the Ice Prince of East Summit High. Hot as an Armani ad, smart enough to get into Yale, and colder than the Arctic, Jack Hunter’s never gone out with anyone. Sure, people have seen him downtown with beautiful women, but he’s never given high school girls the time of day. Until Isis punches him in the face.

Jack’s met his match. Suddenly everything is a game.

The goal: Make the other beg for mercy.

The game board: East Summit High.

The reward: Something neither of them expected.

**This book contains language, some of which may be unsuitable for younger readers.

**This is the first book in the LOVELY VICIOUS series.

Sara Wolf is the author of ARRANGED, a college-aged romance series centered on an arranged marriage. She’s currently working on her next New Adult romance series. She’s addicted to the Vampire Diaries, loves chocolate and romantic angst, and can’t get enough of damaged heroes.