We are so excited to share Monica Murphy’s cover for her upcoming sexy contemporary romance, OWNING VIOLET, coming from Random House Bantam. Check out how gorgeous it is! 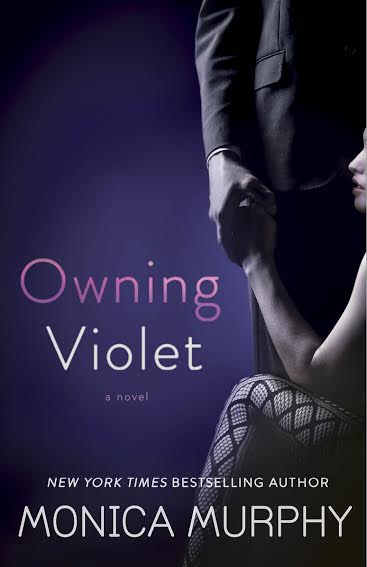 The Fowler sisters are New York City’s darlings, heiresses to the Fleur Cosmetics Empire. Quickly put up on a fame hungry pedestal only for the media to lie in wait, eager to tear them down, these three very different young women soon find love in the most unexpected places…

Violet Fowler is the good sister. She works hard at her family’s cosmetics company, is faithful to her boyfriend and never causes any trouble. Until Zachary disappoints her yet again with a promotion that will take him to London—and away from her. His leaving sets a new fire within her. What’s the point in being so good when no one else ever is?

Someone within Fleur Cosmetics wants that London promotion and will do anything to get it, including throwing temptation in the path of the not-so-faithful Zachary. Ryder McKay came from nothing and has fought every step of the way to his position at Fleur. And now the mysterious charmer has set his sights on Violet. If it worked for Zachary, it could work for him.

Seducing the good Fowler sister is easy. What Ryder doesn’t count on is how much Violet makes him feel. What started out as revenge soon becomes something deeper. Can Ryder go through with his plans to deceive Violet? Or is he only deceiving himself?

New York Times and USA Today bestselling author Monica Murphy is a native Californian who lives in the foothills below Yosemite. A wife and mother of three, she writes New Adult and contemporary romance for Bantam and Avon. She is the author of One Week Girlfriend and Second Chance Boyfriend.