Are you ready for Mariana’s story in this heart-wrenching NEW series!? 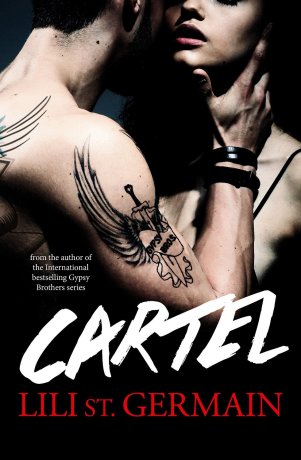 My name is Mariana Rodriguez.

I used to be just like you – a regular girl, with a regular life.

But it was all a lie.

Nothing about my life was normal.

It was all make believe.

It was good, while it lasted.

Reality’s caught up to my family.

It was always just a matter of time.

Now here’s an excerpt from Cartel! ❤

‘This isn’t a fairytale,’ Dornan said wryly, as he watched her bring the soup-soaked bread to her mouth.

She paused with the bread in her hand, looking around the room in mock surprise. ‘You mean, we’re not Beauty and the fucking Beast?’

‘And you’re definitely a beast,’ she countered, pushing her empty bowl away and resting back on the bed.

‘But there’s no happy ever after for you,’ Dornan added, his eyes trailing over the chains to reach the cuffs that were now permanent bracelets on her wrists.

‘No,’ she said evenly, matching his intense gaze. ‘Not for any of us. Not in this world.’

Lili writes dark romance, suspense and paranormal stories. Her serial novel, Seven Sons, was released in early 2014, with the following books in the series to be released in quick succession. Lili quit corporate life to focus on writing and so far is loving every minute of it. Her other loves in life include her gorgeous husband and beautiful daughter, good coffee, Tarantino movies and spending hours on Pinterest.