He was my older brother’s best friend.

He was never supposed to be mine.

I thought we would get it out of our system and move on.

One of us did.

One of us left.

Now he’s back, looking at me like he wants to devour me. And all those feelings I’d turned into anger are brewing into something else, something that terrifies me.

He broke my heart last time.

This time he’ll obliterate it. 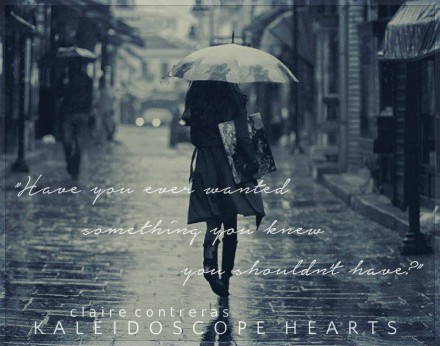 What’s wrong?” I asked as she wiped her tears and shook her head. Her face was no longer wet, save for the dip over the top of her lips. I’d never noticed how full they were before then. I’d never noticed how rosy and defined her cheekbones were, or the way her eyebrows turned into a slight frown when she looked at me. I’d never paid attention to how ridiculously alluring her eyes were. The different shades made them look like the marbles I used to collect when I was a kid. My gaze drifted down to her neck, where I noticed her swallow, and then over her tits, which were now full, not like the last time I’d seen her in a bathing suit when she was still flat chested. Jesus Christ, this girl was hot.

The clearing of her throat made my eyes snap back to hers, putting an end to their voyeuristic journey down her now grown up body.

“You’re so grown up,” I said before I could stop myself and cringed at the voice I said it in, all needy and husky and fuck my life, desperate. I expected her to roll her eyes, the way she normally did when I said anything to her, but this girl, this freaking girl looked at me and smiled the sexiest smile I’d ever seen. And I had just been at a party full of hot girls smiling, but Elle’s was slow and sensual when she wasn’t trying to make it be. It was just her smile, the one I’d been seeing for as long as I could remember. Putting that smile on this grown up version of her should be down right illegal.

“Are you hitting on me?” she asked, with a sultriness in her voice that surprised the hell out of me.

“That depends,” I said, inching to sit closer to her, somehow completely forgetting that I was in my best friend’s house and this was his little sister. The thought of Vic finding us crossed my mind, but I pushed it down. In that moment, under a sky full of stars with a sad Estelle, all I could think about was making her smile.

“What does it depend on?” she whispered.

“Whether or not it’s working,” I whispered back, lifting my hand and running it down her back, a motion I shouldn’t have done because now I knew Elle wasn’t wearing a bra under the oversized sweater she had on and that knowledge woke up everything in my lower region.

Claire Contreras graduated with her BA in Psychology from Florida International University. She lives in Miami, Florida with her husband, two little boys, and three dogs.

Her favorite past times are: daydreaming, writing, and reading.

She has been described as a random, sarcastic, crazy girl with no filter.

Life is short, and it’s more bitter than sweet, so she tries to smile as often as her face allows. She enjoys stories with happy endings, because life is full of way too many unhappy ones.