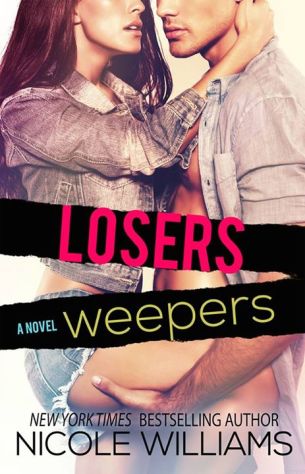 If we didn’t know darkness, we couldn’t fully appreciate the light.

Garth Black’s more familiar with this concept than most people are. He hadn’t just lived in the dark for the majority of his life—he thrived in it. With a mom who’d bailed on him and a dad whose understanding of coddling started and ended with a bottle of whiskey, Garth had never been expected to rise to any sort of occasion other than following down the same dead-end paths.

That changed when he fell in love with Josie Gibson. After years of pulling each other closer before shoving the other way, they finally stopped shoving. Josie’s love is like nothing Garth’s ever experienced. He holds it close. He holds it sacred. He would do anything to preserve it and keep it from pollution, even if that means removing himself from the picture.

Garth might have been allowed a temporary furlough to bask in the light, but that pass has been revoked, and he’s been swallowed again by the dark. Will he revert to his old ways of hurting those he cares for most? Will he go back to the same destructive patterns . . . or will it be worse this time?

We can’t know light without first knowing dark . . . and Garth Black’s about to get acquainted with the dark in a whole new way.

Oh, how I’ve missed Garth and Josie, Jesse and Rowen!! I freaking adored the cast of characters from Nicole Williams’ Lost and Found series, and I am SO happy we’re getting more books from BOTH couples! Losers Weepers is Garth and Josie’s second book, and it was an utter joy to read. This book is full of Nicole Williams’ classic heart and humor – fans of the Lost and Found series definitely shouldn’t miss this!

“I get more things wrong than I get right, but there’s one thing I’m really damn good at, and that’s loving you.”

Garth Black!!!! I’ve miss you and your sardonic, sexy, cowboy self. In the previous books, Garth used to be very pessimistic and just plain angry at the world, but ever since falling in love with Josie Gibson and having her fall in love with him back? He feels like the happiest and luckiest guy in the world. Sure, he’s still got his asshole moments, but for the most part, you can’t help but love him and his sarcasm and dry-humor.

At the start of Losers Weepers, Garth is at the top of world – he’s got the love of his life and he’s at the height of his bull-riding career. But what happens when a terrifying accident threatens to take all that away?

I could feel the devastation and hopelessness Garth faces with because of his accident – it’s difficult to come to grips with what happened and he reverts to his old ways of hurting and pushing away the ones he loves most. Josie, Jesse, and Rowen are all there for him, they all want to be there for him, but Garth is stubborn and tries to refuse their help. Luckily, his girlfriend and friends are just as stubborn as he is and won’t let Garth fall back into his darkness.

I loved seeing Jesse and Rowen again! They have plenty of scenes in Losers Weepers, which I was so happy about! Jesse and Rowen stick by Garth no matter how much of a jerk he is, and they’re the type of friends who aren’t afraid to tell him to his face how much of a jerk he’s being. They also have their own little storyline within the book that I’m sure will be continuing and expanding in their next book!

Garth was pretty frustrating in this book. I get why he wanted to push people, namely Josie, away, but sometimes it did get tedious while I was reading. What made up for it was how tough and stubborn Josie was, never giving up on Garth. It’s so clear that she never stops loving him, and she won’t ever stop loving him no matter what he can or can’t do, and it takes a while for Garth to see this. But when he does, my heart was just bursting from happiness!

Losers Weepers is another deeply emotional, heartwarming read from Nicole Williams. If you haven’t started this series, I highly recommend it! It’s well-written with unforgettable characters – definitely a must read series!