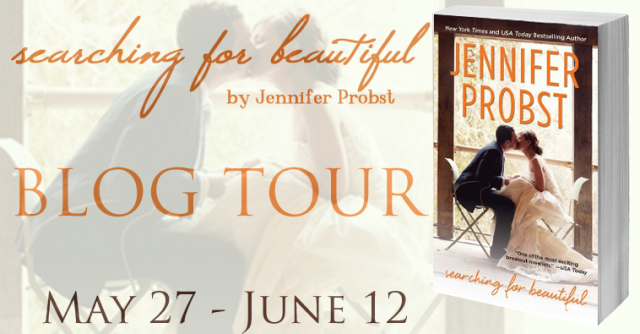 Welcome to today’s stop on the blog tour for Searching for Beautiful by Jennifer Probst! We have Jennifer here today with a scene from the book!

Here’s a quick taste of my first scene in Searching for Beautiful!

He stared in shock at the sight before him.

The bride lay in a tangle of limbs, sprawled out on the pavement. The white cloud of lace and dozens of pearly jewels floated around her in a swarm of glory. His heart stopped, stuttered, and kicked back into gear. Jesus, she was gorgeous. Gen had always been an attractive female by all standards, but now she looked as delicate as a doll perched on a wedding cake. She must’ve ripped off her veil because her elaborate twist hairdo lay drunkenly to the side with pins sticking out. The humidity kicked her curls into gear, and already they were springing wild, refusing to be tamed. Snapping blue eyes glared at him, framed in black liner and some sparkly shadow. She never wore makeup. But today, those stunning navy eyes dominated her heart-shaped face with a sultry, sexy air he rarely spotted from her. Four-inch stiletto diamond-encrusted heels stuck out from her balloon hoop gown. Wolfe caught the flash of white lace garters and curved, muscled legs before she flipped the skirt back down and huffed out a breath. “Are you smoking on my damn wedding day? You told me you quit. Julietta’s going to kill you.”

He fought past his lack of speech and wondered if this was a hallucination. “Not if you don’t tell her.”

She sniffed. “You wish. I don’t want you to die of lung cancer. Don’t just stand there gaping. Help me up, I can barely move in this thing.”

And then she was just Gen again. His best friend, a general pain in the ass, and the most precious person in the world to him.

Wolfe moved fast and pulled her up. “Are you okay? Did you fall out the window?”

She rebalanced herself on those ridiculous heels and waved her hand in the air. “Yeah, I’m fine. My hips got stuck but I managed.”

She dusted off her pristine white dress as if jumping out of church windows were a normal occurrence. Damn, she was a hell of a woman. “Umm, babe? Are you pulling a runaway bride thing? Or did you just want to confirm the fire exit worked?”

Her ballsy humor faded from her face. She tilted her chin up, and her lower lip trembled. “I’m in trouble. Will you help me?”

He kept his face calm even though his palms sweat. Something bad had happened, but right now she needed his head in the game. “We ditching the groom?”

Wolfe decided to play it like a big adventure. “Cool. I got you covered. Lose the shoes.”

She kicked off the killer stilettos. “Are there reporters out there?”

“No worries, this is a piece of cake. But we gotta move now. Take my hand.”

She placed her small hand in his and squeezed. Wolfe swore that even if he had to fight the whole Taliban, he was getting her out of here and to someplace safe. Discussion was for later. “My car is parked down the street so we’re good. Follow me.”

He led her down the back steps, behind the rectory, and maneuvered through a perfectly formed line of flowering bushes. She paused in flight, wincing at the chips of mulch and gravel. “Ouch.”

“You’re such a girl. Here, you’re going too slow.” Wolfe heaved her up into his arms in a tumble of satin and lace and cut through some weeping willow trees.

“I can’t believe you parked so far away. That means you were late. Some best friend you are.”

She gave a humph. He walked faster, sensing chaos and a complete breakdown not too far behind. If he didn’t get her out in time and anyone caught them leaving, it would be a virtual shitstorm. He ducked under a low-hanging branch, tracked through the backyard of a Cape Cod behind the church, and took a hard right. She stayed silent, and Wolfe bet he had two minutes before her crazy impulsive decision hit her and she said she’d go back.

But if something made her run, it was too important to ignore. The hell he’d take her back.

Finally, he spotted his black Mercedes convertible. He fished the keys out of his pocket, hit the alarm, and opened the door. “In.”

Another lower lip tremble. “Wolfe, maybe I’m wrong. Maybe I should go back.”

“Do you want to marry him, Gen? Deep down, in your gut, where it counts?”

Her teeth sank into her lower lip. Shame and fear and humiliation etched out the lines of her face. Her voice broke on the word “No.”

He nodded and calmly pushed her in the seat.

“Then you’re doing the right thing and we’ll work it out. I promise.”

She swallowed. Returned his nod. And slid into the car.

Wolfe wasted no time. He revved the engine and did a three-point turn, going out the back way and speeding away from the church like it was a devil’s sanctuary and their souls were at risk.

When they hit the open road and no one seemed to be following, he glanced over. She slumped in the seat, her hair hanging halfway down her neck, her graceful profile carved in stone. She stared out the window as if she was watching her life dissipate behind her. And in a way, it was.

Knowing what she needed the most right now, Wolfe hit the speaker system and Guns N’ Roses blasted out, hard and loud and raw. He didn’t speak.

Read my review of Searching for Beautiful here.

The highly anticipated third novel in the Searching For series from Jennifer Probst, “one of the most exciting breakout novelists” (USA Today), featuring a runaway bride and the man who wants to be more than just her best friend…

Genevieve MacKenzie has her life completely under control. About to wed the charming Chief doctor at the local hospital, she’s an up-and-coming surgeon with everything she could ever want. Until an escape through the church window on the day of her wedding sends her life into a tailspin…and flings her right into her best friend’s arms.

When Wolfe catches his best friend falling out a window on her wedding day, he doesn’t ask questions. He whisks her away, determined to watch over her and discover the truth behind her desperate escape. But when his feelings turn more than platonic, he realizes he may risk his most important relationship in order to protect his damaged heart, and the woman he loves.

Can Genevieve and Wolfe’s friendship turn into something deeper—or is it already too late for true love? 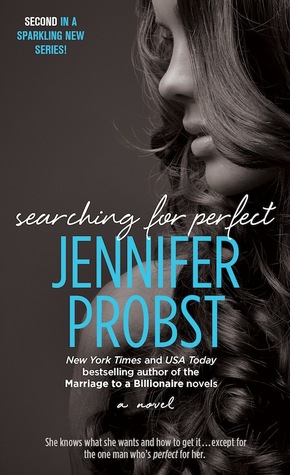 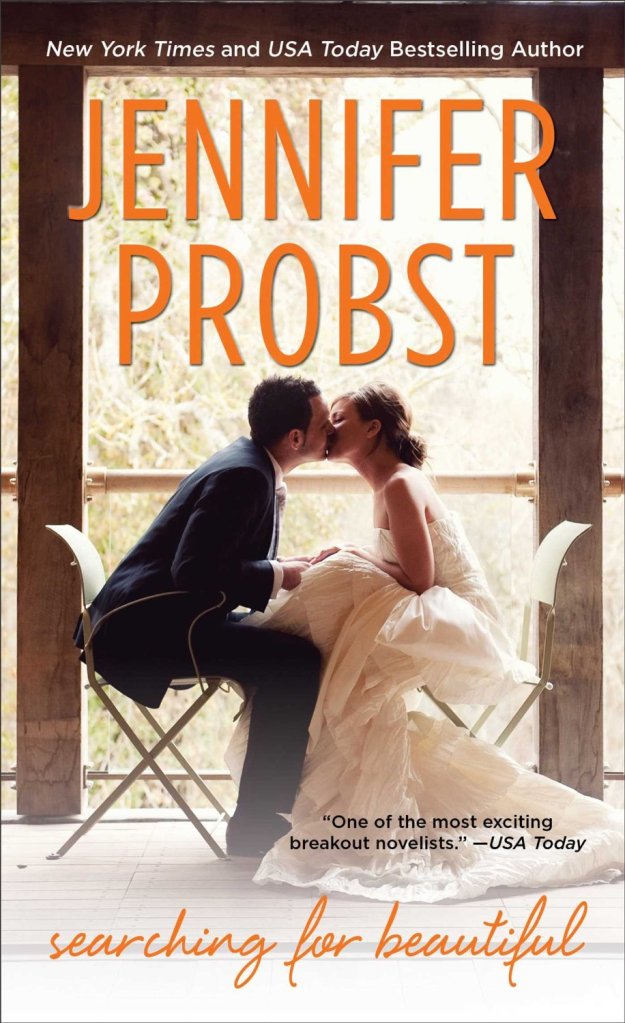 Jennifer Probst wrote her first book at twelve years old. She bound it in a folder, read it to her classmates, and hasn’t stopped writing since. She took a short hiatus to get married, get pregnant, buy a house, get pregnant again, pursue a master’s in English Literature, and rescue two shelter dogs. Now she is writing again.

She makes her home in Upstate New York with the whole crew. Her sons keep her active, stressed, joyous, and sad her house will never be truly clean.