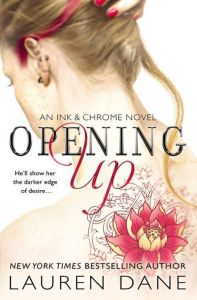 Opening Up by Lauren Dane
Series: Ink and Chrome #1 (full reading order below)
Publication Date: June 16th 2015
Links: Ebook • Paperback • Audible • Goodreads
Source: I received an ARC from the publisher in exchange for an honest review

The men of the Twisted Steel custom motorcycle shop are great with their hands… and they’re not afraid to get dirty.

PJ is exactly the kind of woman Twisted Steel owner Asa Barrons doesn’t need. The last thing he wants to do is mix business with pleasure, and PJ has some of the best custom detailing he’s ever seen. But the chemistry between them won’t be denied, and soon he’s introducing her to a whole new world in the bedroom, pushing her far beyond anything she’s ever experienced. PJ finds she can’t get enough, but how far is too far before he consumes her completely?

This book was off to a promising start – Penelope Jean “PJ” Colman, daughter of the richest man in town, is a sexy, badass, confident woman who wants to be able to contribute more to her father’s company. She’s fantastic with cars, custom painting in particular, and she catches the eye of Twisted Steel co-owner Asa Barrons. Asa is alpha-male to the max – he takes no shit from anyone and exudes a sexuality that PJ can’t resist. But he happens to be thirty-seven to her twenty-five, which Asa feels is too young for him, despite the desire she sparks in him. Asa uses their age difference to keep her away, but his alpha-male tendencies are too strong when it comes to PJ and he claims her for his. The chemistry between Asa and PJ is seriously hot – I’ve heard Lauren Dane is an excellent erotic romance author, and I wasn’t disappointed with the chemistry in this book – and it gets even hotter when Asa’s kink comes into play.

PJ herself is dealing with issues with her family and company. The author does a great job of integrating the sexism and misogynistic attitudes PJ faces in the car industry, especially from her male relatives. PJ admirably fights for herself and her talent of custom painting to make a name for herself in the industry.

My main problem with this book is the writing. It was just too… flat. It was more a telling, not showing, and it got on my nerves the more I read. It’s not bad writing, but it’s not very good writing either. And it affected the way I perceived the novel, because for the life of me I just couldn’t connect with Asa or PJ, despite how much I admired them. I liked that PJ and Asa handled problems with maturity and communicated well with one another. Sadly, I felt like their story was just too tame, with not enough to wring emotions out of me.

That being said, it’s not a bad book. It’s more of an okay one. I really wanted to love it, but the writing was just not for me. 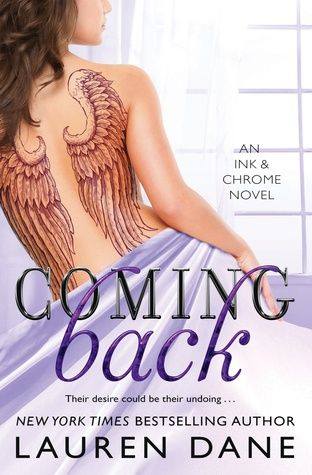 4 thoughts on “ARC Review: Opening Up by Lauren Dane”