He was my older brother’s best friend.
He was never supposed to be mine.
I thought we would get it out of our system and move on.

One of us did.
One of us left.

Now he’s back, looking at me like he wants to devour me. And all those feelings I’d turned into anger are brewing into something else, something that terrifies me.
He broke my heart last time.
This time he’ll obliterate it.

I enjoyed this audiobook so, so much! This is my first read – well, listen – from Claire Contreras, and it certainly won’t be my last. Mainly because I NEED the sequel, and I just love Claire’s writing! Kaleidoscope Hearts is a combination of two of my favorite tropes: second chance romance and the best friend’s little sister. So YAY for that alone! But I’m glad to say that this book won my heart because of more than just those tropes – I adored it because of its gorgeous writing and the heart-wrenching romance.

Every second counts. Live in this moment. This is life. This is what matters.

A year after her fiancé’s death, Estelle is finally moving on. While Wyatt may not have been THE love of her life, Elle still loved Wyatt all the same and was devastated by his death. Now, she’s moving in with her brother, Vic – but Elle’s first love, her brother’s best friend, the boy who shattered her heart so many years ago, is back in her life.

He was the one I loved first. He was the one who broke my heart first, and here he is again. For how long this time, I wonder? Does it matter? My heart bleeds.

Elle and Oliver kept their love and relationship a secret, because they didn’t want Vic, Elle’s brother and Oliver’s best friend, to find out. Plus, while Oliver may have loved Elle back then, he had so many problems and just wasn’t ready to settle down. I really loved the way Claire Contreras slowly revealed to us about Elle and Oliver’s former relationship. Kaleidoscope Hearts is told in dual POV, with Oliver’s set in the past and Elle’s set in the present. My heart broke for Elle after all the pain Oliver caused her. Theirs is a one-of-a-kind love, but it just wasn’t meant to be at that moment of time in their lives. Now, though, everything’s different – yet the same, because it’s obvious that Oliver and Elle never stopped loving each other.

“I always thought you were mine,” he says.

I liked Elle, surprisingly a lot more than I did Oliver. I loved the way Elle shoots Oliver down when he comes back in her life, because Oliver seriously needed to do some ass-kissing before he even deserved another chance with her. She’s been through so much pain, first with Oliver, then with Wyatt’s death, but she comes out stronger than ever. Elle is an artist with a talent for creating kaleidoscope hearts, building shattered pieces of glass into hearts that are now whole. It’s pretty meaningful and symbolic – the whole book is pretty meaningful, actually. Claire Contreras wrote a fantastic book about second chances, about living life to the fullest, because you never know which moment may be your last.

I loved Elle’s narrator, Christy Romano. She did an excellent job of conveying all of Elle’s heartbreak and strength. The voice of Oliver’s narrator, Vikas Adam, didn’t really seem to match up with what I thought would be Oliver’s voice, but it grew on me later on.

Oliver’s character, unfortunately, is the reason I can’t give Kaleidoscope Hearts 5 stars. Sometimes, I really was skeptical of Oliver’s love for Elle, because of how much he kept hurting her. He doesn’t really prove his love when he comes back into her life either. It wasn’t until the very end that I was finally sold on him as a hero, because Oliver finally takes action and becomes the man who deserves to be with Elle.

Overall, Kaleidoscope Hearts is a fantastic second chance romance full of heartache and emotion. There’s quite a bit of back and forth between Elle and Oliver that only grew slightly tedious, but I really did like the way their romance developed this second time around. It was also so lovely as an audiobook – I love dual narrations, so this one made me really happy. If you’re in the mood for a second chance romance with a ton of feels, I highly recommend this one! 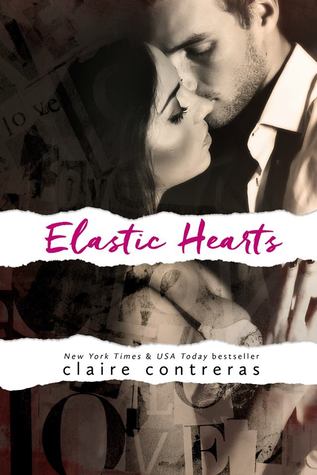