Welcome to today’s stop on the blog tour for Nightwalker by Jacquelyn Frank!

From New York Times bestselling author Jacquelyn Frank comes the final chapter in the Nightwalkers saga! As the momentous showdown with a powerful demon unfolds, a passionate encounter breaks the ultimate taboo.

Kamen is a Bodywalker, an ancient soul reborn in one human host after another. He’s also a prisoner of his own kind: for it was Kamen who released Apep, the deadly god who threatens the existence of their world. To atone for this grievous error, Kamen accepts an urgent mission: to convince the other nations of the Nightwalkers to set aside their centuries-old conflicts and band together. If he fails, all will be lost. And no tribe presents a greater challenge than the Wraiths, the spectral beings who are feared and despised for their lethal deathtouch.

Kamen makes first contact with a stunning, ghostly pale beauty named Geneviève. Part Wraith and part human, scorned as a half-breed, Viève shares the hunger for redemption—and for connection. Her scintillating touch holds the kiss of death, and yet it makes Kamen feel more alive than ever. Soon his lips are pressed against hers, sending Viève into fits of desire and forging a bond that breaches the divide between them. Now they must unite all the Nightwalkers, from Vampire and Shadowdweller to Djynns, and fast—for Apep is ready for war.

Now here’s an excerpt from Nightwalker! ❤

Isabella Russ, known simply as Bella or Bella the Enforcer, had found herself living in New Mexico for the better part of seven months now. It was necessary for her to be there in order to work closely with Kamenwati, the Bodywalkers’ most learned man. So she had moved and, with great reluctance, brought her children to the compound as well. The god Apep knew where the compound was and had already made an attack on it. It was dangerous to have them there.

But living apart from them for days at a time? Unacceptable. She would not be a ghost in her children’s lives during the most important years of their development. True, Leah was ten now and more than capable of being independent of her mother for short stretches of time, but her son was not. He was just exiting his toddler years, having only recently learned all the basics of walking and potty training and other such milestones for a child of three going on four.

But she struggled constantly with the idea of them being potentially in the line of fire. Luckily their father was there and he had always been able to protect them. And several of their friends from the other Nightwalkers in the First Faction were there as well. There were Sagan and Valera, the former Shadowdweller priest and his natural Witch wife; Jasmine and Adam, the Vampire prince’s most trusted aide and her Demon husband; Windsong, one of the Mistral leaders; and Jinaeri, a Lycanthrope scholar.

Together it meant that every member of the First Faction was represented. As for the Second Faction, so far there were numerous Bodywalkers, a Night Angel named Faith and her human husband, Leo, who often acted as a translator and who came with some mercenary skills of his own. There was a Djynn named Kat and her Gargoyle husband—although the Gargoyles were not technically members of the Second Faction because they were the scions of the Bodywalkers. She’d learned that Gargoyles had been created by Templars to be used as slaves. Other than that, there was no representation of the Mysticals, no one from the Phoenixes and no one from the Wraiths . . . although to hear the Second Faction tell it, this was a good thing.

But Bella couldn’t escape the thought that they needed to have the Phoenixes and Mysticals there. As she got dressed for the night she thought about it more and more. If they were going to get out of this mess they needed all hands on deck.

An idea that was supported only an hour later when she met up with Kamen and he revealed his discovery, via Leo who was interpreting between the two.

“But if what you’re saying is true, then we have to get the Phoenixes and Mysticals on board. And the Wraiths.”

“We’ll have to do this without the Wraiths. Trust me, they are too deadly to be dealt with.”

“Well, we’ll have to deal with at least one of them according to this. I think it means we need a party of twelve to defeat Apep,” Bella said.

“Surely you aren’t thinking of sending just twelve people to fight a god?” Kamen was aghast.

“Of course not! But we have to have at least twelve. One from each nation. That means you have to make nice with a Wraith.”

Kamen thought about this a moment. “Then it seems it’s clear what we have to do here. We have to make contact with each of these groups and get representatives from each to come here.”

“And who are you going to get to do that?” Leo asked. “The last time we met up with Wraiths they almost killed Faith and me.”

“I don’t know, but someone has to try,” Kamen said.

“We should start with the Phoenixes and Mysticals first. Begin with the easy ones,” Bella said.

“Easy? We’ve been trying to contact them and get them to cooperate for months now. They aren’t all that interested,” Kamen said.

“Well then, we need to send someone to make it interesting for them,” Bella said.

Kamen grew quiet then said, “It should be me.”

“You? Why you? We need you here, researching how to break this curse.”

“I have to do this,” Kamen said firmly. “I have to do something other than study books. You can take over doing it just as easily as I can for now. Let me go to the courts of the other three Nightwalkers.”

“So you’re going to reach out to the Wraiths?”

“We have to at least try to approach them. They might surprise us.”

“Or they might kill you. No way. No way are you going alone. At the very least you should take Leo. He’s human and immune to their deathtouch.”

“Or so we believe,” Kamen retorted. “There’s no proof of that.”

“You can’t go alone. It would be suicide.”

“It’s homicide to risk more than one life . . . and it will look less threatening if one is sent as opposed to a cadre of Nightwalkers showing up on their doorstep.”

“He has a point,” Leo added. “One trained man can get in a lot better than six. I just don’t know if I’d call Kamen a trained man.”

“I can take care of myself,” Kamen said harshly. “I was second only to Odjit when it came to Templar power. I can keep the Wraiths off me long enough to get them to talk and I can escape more quickly than anyone else. It would be better if I didn’t have anyone else to worry about in the process.”

“If you want to convince the leader of the Politic Bodywalkers to let you do this,” Bella said, “you better meet with him alone. There are too many people here who think the worst of you and will shoot you down before you can say boo about it.”

“I am aware of that,” Kamen said grimly. “But getting Jackson alone will not be an easy trick for me.”

“It would be for me,” Leo said. “He’s my best friend after all. If I ask him to meet me alone, he’ll come alone. Bella, you can stay here and work,” Leo said, indicating the mounds of books that had been brought into the library for her and Kamen to go through together.

She nodded and let them go. She crossed her fingers though. There were too many variables that made it a bad idea all around. But she had a feeling Kamen was going to convince Jackson . . . or die trying. 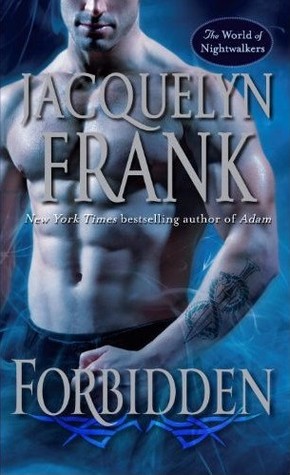 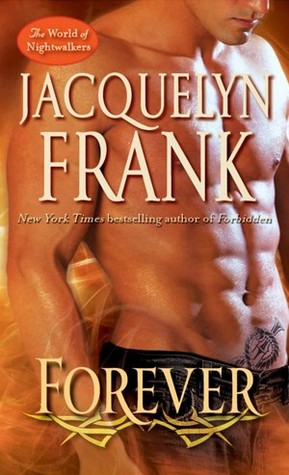 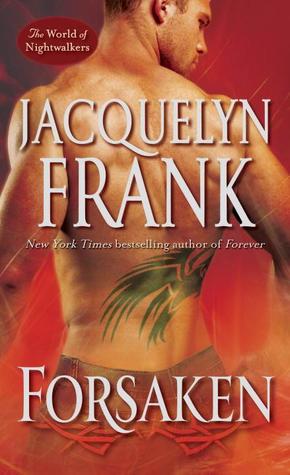 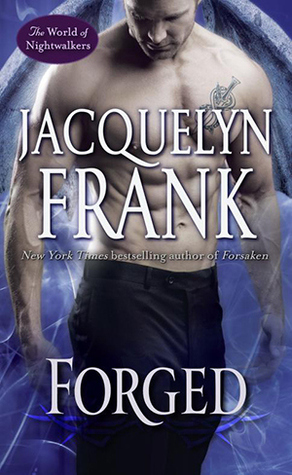 Jacquelyn Frank is the New York Times bestselling author of the Immortal Brothers series (Cursed by Fire, Cursed by Ice, Bound by Sin, and Bound in Darkness), the World of Nightwalkers series (Forbidden, Forever, Forsaken, Forged, and Nightwalker), the Three Worlds series (Seduce Me in Dreams and Seduce Me in Flames), the Nightwalkers series (Adam, Jacob, Gideon, Elijah, Damien, and Noah), the Shadowdwellers novels (Ecstasy, Rapture, and Pleasure), and the Gatherers novels (Hunting Julian and Stealing Katherine). She lives in North Carolina and has been writing romantic fiction ever since she picked up her first teen romance at age thirteen.

One Loveswept Mug
One Flirt Mug
Ebook copies of: