From the author of Deeper than Dreams and the Much “I Do” About Nothing novels, a story that proves that you have to find yourself before you can find love…

As rock star “Riff Rotten”, Rick Rottenberg has enjoyed all the perks that fame can offer, especially now that he’s reunited with his former band mate, Adrian “Digger” Graves. But despite his success, Rick is a mess. Still reeling from the death of his wife years ago and terrified his demons will end his career, he agrees to seek help for his anxiety.

Burned by a musician in the past, Sidra Sullivan has closed her heart to love. So when Rick walks into her yoga studio, she wants nothing to do with him–until the bad boy shows an unexpected soft side.

As Sidra and Rick work through their painful pasts, they realize just how strongly opposites can attract. But when a crisis threatens the delicate balance they’ve forged, they’ll discover if their love is strong enough to weather another storm or just too broken to survive…

I went into Softer than Steel without having read the first book, Louder than Love, and enjoyed it very much. It was nothing like the other rock star romances I’d read, and I actually appreciated that. The rock stars in this series aren’t twenty-somethings making it big – rather, they’re mature British rock gods in their forties making a comeback. Softer than Steel is definitely a different kind of read, and its uniqueness is refreshing. The more I think about this book, the more I come to like it.

Father.
Widower.
Rocker.
Empty nester.
His dark brows lifted at that preposterous thought. How could that be?

Rick Rottenberg is on tour with his band Corroded Corpse, reunited with his best friend, and should be having the time of his life, but the pressure is getting to him. He’s still grieving the death of his wife fourteen years ago, and add in the stress of being on tour, making a new album, disagreements with management and his bandmates, and constant anxiety attacks, his head is a mess. When he comes across the chance to take yoga to destress, he agrees and finally begins his journey of letting go his grief, remorse, and pain.

Sidra and her yoga teachings had helped him immensely. But this was way beyond her throwing him the life preserver, and he knew he would defend his feelings until the ship went down and he sucked his very last breath of air.
This was transcendence.

Sidra Sullivan is a half Irish, half Indian yoga instructor who’s sworn off all musicians after catching her musician ex-boyfriend cheating on her with a bandmate. When a new English student starts taking one of her yoga classes, she’s intrigued by him, but when she finds out that he’s a rock star, she’s not exactly jumping at the prospect of a relationship. Nonetheless, Rick slowly breaks down her walls as the two get to know one another – they click so well that it’s hard for her to resist this sweet, adoring man.

I really adored Rick and Sidra. These two have great chemistry together, and they also understand each other so well. The way they fall in love will definitely put a smile on your face. The romance is heartwarming and sweet – but it’s also very, very slow, so you need a lot of patience when you read this book. It’s not until about halfway through Softer than Steel that the romance really takes off. But once you get to that point, it’s so worth the wait – this is an incredible romance about letting down the walls around your heart and letting love in again.

They managed to soften the steel they’d both girded themselves with, systematically, for so long, and stepped into the process of letting themselves be vulnerable. It was okay to be vulnerable sometimes. It was strangely liberating, and powerful.

The author put a lot of detail into this story, from the rock star world to yoga, from Sidra’s half-Irish, half-Indian culture to Rick’s Jewish heritage. This book is well-researched, well-written, and overall just a joy to read. I will definitely need to go back and read the first book, Louder than Love. If you’re looking for a unique romance that pull at your heart-strings, and you have a lot of patience, I would definitely recommend you give Softer than Steel a try. 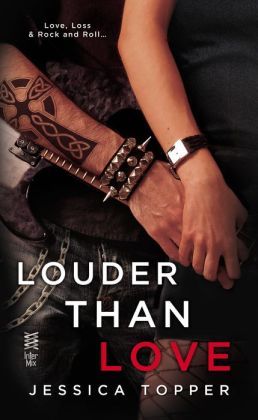 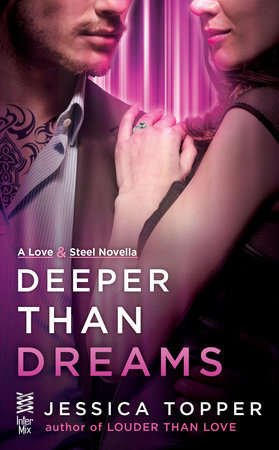 One thought on “ARC Review: Softer than Steel by Jessica Topper”