Welcome to today’s stop on the blog tour for The Earl Next Door by Charis Michaels!

Charis Michaels makes her Avon Impulse debut with the first book in her new historical romance series, The Bachelor Lords of London…featuring a brooding earl and the American heiress who charms him.

American heiress Piety Grey is on the run. Suddenly in London and facing the renovation of a crumbling townhouse, she’s determined to make a new life for herself—anything is better than returning to New York City where a cruel mother and horrid betrothal await her. The last thing she needs is a dark, tempting earl inciting her at every turn…

Trevor Rheese, the Earl of Falcondale, isn’t interested in being a good neighbor. After fifteen years of familial obligation, he’s finally free. But when the disarmingly beautiful Piety bursts through his wall—and into his life—his newfound freedom is threatened…even as his curiosity is piqued.

Once Piety’s family arrives in London, Falcondale suddenly finds himself in the midst of a mock courtship to protect the seductive woman who’s turned his world upside down. It’s all for show—or at least it should be. But if Falcondale isn’t careful, he may find a very real happily ever after with the woman of his dreams…

I love reading historical romances every once in a while in between the contemporaries I usually read, and when I saw the blurb for The Earl Next Door, it called to me. I was surprised by how charming this book was – the characters, especially the heroine, were an absolute delight to read. The slow pacing of the story though, made it a little difficult to get through the book, but I enjoyed this overall. There’s humor, a slow-burn romance, and adorably quirky characters – I’m glad I didn’t give up on this book when I wanted to early on!

Piety Grey has just moved to London to save her fortune as an American heiress from her forceful mother and step-brothers. She’s moved into a home in need of repair, and next door to Trevor Rheese, the Earl of Falcondale. Whereas Piety is bubbly and light and so full of goodness, Trevor is a recluse and a sarcastic, moody man. All he wants is peace and solitude, but all his hopes for a quiet life are dashed the second Piety moves in next door. Not only does she invade his home through their connecting passage, but the desire she awakens in him can’t be ignored.

“I don’t want anyone but you,” he said, kissing her. “You are the beginning and the end for me. More than enough. You are far better than I deserve. No one could ever exceed you, ever, and I will take these memories with me to my grave.”

Piety is absolutely my favorite part of The Earl Next Door. I don’t think I’ve ever read a more adorable heroine! She’s sweet, cute, sassy, independent, and can definitely hold her own against Mr. Go-Away-I-Want-To-Be-Alone. She’s not the type of girl to give up taking down the walls around Trevor’s heart, and I loved her for it. I also enjoyed the secondary characters Jocelyn, Joseph, and Lady Frinfrock, who brought so much humor and light-heartedness to the story. The romance, despite its slow pace, is also wonderful. Even when I wanted things to hurry up, I appreciated how sweet everything turned out between Piety and Trevor. Trevor falling for Piety against his wishes is swoon-worthy and seriously so sweet to read.

Despite all I loved about this book, it was a bit of a struggle to get through the whole thing, because of its length and slow pace. I skimmed a bit at the parts that didn’t involved the romance, which was actual a lot more than I expected. There’s a lot going on in The Earl Next Door, but if you focus on the romance, it’s much more enjoyable. I’d definitely recommend this book if you’re a fan of historical romances, like your stories slow, and you have a lot of patience. Now here’s an excerpt from The Earl Next Door! ❤

“Such traffic in the street today,” mumbled Miss Breedlowe.

“Nonsense,” said Lady Frinfrock, her eyes pinned on the carriage. “There is no traffic in Henrietta Place. Not on this day or any day. Such recklessness? A conveyance of this size? It’s wholly irregular!”

“No relation to the occupants of this street could afford a vehicle so grand,” she said. “Except, of course, for me. And I have no relatives.”

“Not even the new earl, Lord Falcondale?”

The marchioness harrumphed. “He cannot even afford a gardener.”

The carriage door sprang open, and Lady Frinfrock leaned in.

“Oh, look,” said Miss Breedlowe, cheerful interest in her voice. “It’s a young woman. How beautiful she is. And her gown. And hat,” she marveled. “Oh, she’s brought someone with her. A companion. Hmm. Perhaps a servant?” Her voice went a little off, and she crooked her head to the side, studying the two women collecting in the street.

“Is that an African?” Lady Frinfrock nearly shouted, planting both gloved palms on the spotless glass of the window.

“I do believe her companion is an…aboriginal woman of some sort,” croaked Miss Breedlowe, herself moving closer to the glass.

“But whatever business could they have in Henrietta Place?”

Miss Breedlowe reached out a hand to steady her. “Do take care, my lady. Perhaps we should return to the comfort of the chairs.”

“I shall not be comfortable in chairs,” said the marchioness, swatting her away. “But has the young woman come alone?” She tapped a bony finger on the glass. “Where is her family? Her husband or parents?”

“Perhaps the men who have accompanied her are her—”

“Servants, clearly,” interrupted the marchioness. “Look, Miss Breedlowe. Trunk after trunk. Crates and baskets. Oh, God.” Her breath fogged the glass. “They are conveying it to the former front door of Cecil Panhearst’s old house. It’s been sealed like a tomb for the better part of a decade.”

“So they are. Perhaps you’re to have a second new neighbor.”

“A lone young woman and an African?” She moved closer to the window.

“Highly likely, I’d say. It would appear they are…? Yes, they are unpacking.”

“Well, that cannot be,” Lady Frinfrock declared, shaking her head at the street. “I won’t stand for it. Not without knowing who she may be, or where she came from. And why she is accompanied by an African.”

“Oh, do not worry,” chuckled Miss Breedlowe, “the servants will learn her story soon enough. If she has any staff at all, they will talk with the other servants on the street.”

For the first time since the carriage arrived, the marchioness lifted her eyes from the window and turned to stare at the nurse.

“Why, what an excellent idea, Miss Breedlowe.” She raised her cane and jabbed it in the direction of the startled younger woman. “How resourceful you are. The servants will talk.” She raised one eyebrow. “They will learn her story soon enough.”

As Miss Breedlowe stared in disbelief, the marchioness scrunched her face and then swung the tip of her cane in the direction of door.

“Oh, no, my lady,” said Miss Breedlowe, backing away. “You cannot mean me.”

“Oh, yes, ‘tis exactly what I mean. Finally, a suitable application for your indeterminate hovering and resigned sighs. We shall devise a reason for you to approach her, and you will discover her business in my street. It is our duty as mindful, responsible residents to know.”

“But I was speaking of the maids, my lady. The kitchen boys. I…”

“The maids are unreliable. The kitchen boys are inarticulate. You, however, are ideal for this sort of thing. Steel yourself, Miss Breedlowe. We cannot know what manner of objectionable thing she may say or do. Better fetch your gloves. And your hat.” 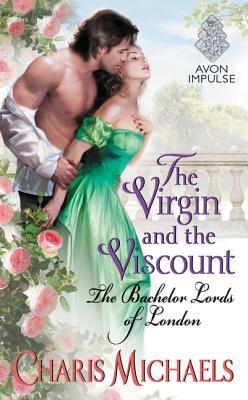