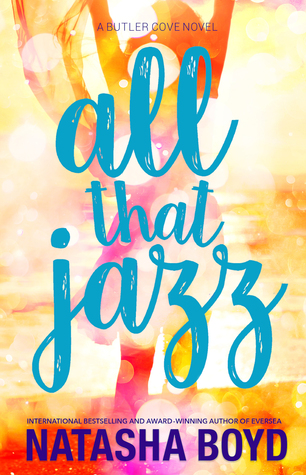 There’s something totally inconvenient about falling for your best friend’s brother. Especially when he’s turned into a pompous, arrogant, albeit annoyingly sexy a-hole that you’d like to punch or kiss to death at any given moment.

The summer she turned eighteen, Jazz Frazer accidentally lost her heart to Joey Butler, after a favor that blurred the lines from friends to lovers.

For three years they’ve pretended there’s nothing between them anymore. Jazz is finally ready to move on with the rest of her life. She’s looking forward to the end of college and fulfilling her dream of travelling the world. She’s determined that experiences and relationships will be fun, casual and easy. After all, she learned the hard way that men just don’t stick around anyway. But when her best friend gets herself into a relationship with a celebrity, Jazz has to do the one thing she never thought she’d do, call Joey and ask for help.

Repeatedly thrown together, Jazz tries everything she can to protect her heart and not fall back in love with Joey. But when Joey finally admits that Jazz is the one he’s always wanted, all bets are off.

Now here’s an excerpt from All That Jazz! ❤

I can see the struggle on his face. He’s made such a big deal about my sunburn, he’d literally be defying his Hippocratic Oath by denying me relief.

I actually find myself taking perverse pleasure from his discomfort. Why not make this fun? “Fine.” Taking a deep breath, I lock eyes with him and slip my dress strap down on one side. His eyes track the movement. Then I reach for the other and I see his jaw harden.

I sigh and wink at him. “Let’s see what you’ve got, Doctor Butler.”

He meets my eyes, one eyebrow arched, his mouth twisting. “You did always make me want to play doctor, Miss Fraser.”

It takes nano seconds for his words to register and scalding shock to flood my system, and then eons for the surprise to ebb and release my tongue. By that time, Joey has cleared his throat and rolled up his sleeves. He squeezes lidocaine into the palm of one of his strong hands, then uses the other to swing a chair out to sit on.

I swallow some saliva back into my mouth. I didn’t expect him to flirt back.

“Shift around,” he says gently. “So your back is facing me.”

I do as he asks. The sound of the zipper on my sundress going down seems to reverberate around the room like a Boeing engine.

“I don’t think I’ve ever heard you speechless before.” He chuckles, warm and husky just as the cold cream hits my skin. “Is there anywhere else that hurts?” he says into my ear.

Is he serious right now?

The iciness of the cream steals my outrage, and I inhale with the uncomfortable sensation. Then I moan in relief.

Finally, annoyance surges in the wake of his suggestive comments. What the hell is he playing at? Did he seriously just say that? I almost want him to repeat it. Actually why the hell not? “Did you just say I make you want to play doctor? Like sexy doctor? Like, ‘let me examine you’ suggestive weirdness?”

“I preferred you speechless.” He swipes more cooling lotion on my back.

“So let me get this straight. You don’t want me, but the second you hear I’m seeing someone else you start coming on to me?” I keep my back to him though I know he’s done. And feel, rather than hear, his body shift away from me. My zipper slowly rises. He’s quiet.

I scoot around on the seat until I face him, my bare knees knock against his rough jeans. “Coz that’s what you just did, isn’t it?” His eyes are cloudy and brooding and locked on my mouth. His skin is flushed. Why does he have to be so Goddamn sexy?

I swallow. Speechless for the second time in the space of five minutes.

I process his words.

What a complete jackass.

Abruptly I stand up in front of him, my dress straps are still down, it makes me feel half undressed. I’m practically standing between his legs I’m so close.

Looking down at him, I narrow my eyes. “Actually, Doctor. I do hurt somewhere else.”

He winces almost imperceptibly. His eyes flick to my chest.

My heart? Is that what he thinks?

“Actually …” I lean down and grab his hand and slide it up my dress and between my legs.

His blue eyes flare dark as the surprise and arousal stuns him.

I press his hand against my underwear. “Feel like soothing this ache?” I hiss.

Natasha Boyd is an internationally bestselling and award-winning author of contemporary romantic southern fiction. She holds a Bachelor of Science in Psychology, and has a background in marketing and public relations.  Eversea, her debut novel, was a finalist for Contemporary Romance in the 2013 Winter Rose Contest, won the 2014 Digital Book Award for Adult Fiction and is a LIBRARY JOURNAL self-e selection 2015. She is a member of Romance Writers of America, Georgia Romance Writers and Island Writer’s Network in coastal South Carolina where she has been a featured speaker on book marketing.  She lives with her husband, two sons and the cast of characters in her head.

Natasha grew up in South Africa, Belgium and England. She now lives and writes full-time in the USA.

Her work is available in English, Italian, Turkish, German, and Indonesian.

One thought on “Book Blitz + Excerpt & Giveaway: All That Jazz by Natasha Boyd”