Crow by A. Zavarelli
Series: Boston Underworld #1 (full reading order below)
Publication Date: February 10th 2016
Links: Ebook • Paperback • Goodreads
Source: I received a copy from the author in exchange for an honest review

Get in, get my information, and get out. Easy, right?

Turns out, infiltrating the Irish mafia isn’t exactly what I thought it would be. I just wanted a soldier. Someone I could flirt with to get me in the door.

That’s when Lachlan Crow noticed me. Problem was, he wasn’t a soldier. No, he was next in line for the throne of the Irish underworld. And he was determined to hate me from the outset. My sob story about needing a job? Yeah, he wasn’t buying that either.

Too bad for him, I won’t let anyone get in the way of my mission.

Who cares if we have some kind of crazy chemistry? He’s the worst kind of wrong- and I would never in a million years be with a guy like him.

Because they took her from me, and I’m going to make them pay.

I love mafia books!! I should really read more of them. It’d been a good while since the last time I read one, so when I was offered the chance to read Crow, I jumped at the chance. And I’m so glad I did – Crow is a sexy, thrilling, fun mafia romance with a strong heroine and a fantastic alpha hero. It’s not as dark as I’m used to with mafia books, so if you’re looking for a light but still intense mafia read, I highly recommend this one!

Mackenzie Wilder wants to know what happened to cause the disappearance of her best friend, Talia, and since the police aren’t helping her, she’s taking matters into her own hands. As the daughter of one of the most successful MMA fighters, and a fighter herself, Mack just might have what it takes to go undercover into the Irish and Russian mafia syndicates – but what happens when she starts to fall for an up-and-coming leader of one? Will she still be able to go through with her mission?

Lachlan Crow is next in line to become the leader of the Irish mafia, and he’s not about to let anyone threaten his chance to become king. He’s dangerous, seductive, and doesn’t trust easily. So even though there’s an instant and intense attraction between him and Mack, he’s not about to just let her into the underworld where he reigns. But soon enough, Mack breaks down the walls around his heart, and he wants to protect her and claim her for himself. He’s definitely an alpha hero, and he even has an Irish accent to boot. I’m not entirely sure how accurate all the Irish-related things in the book are, but nothing seemed too over the top, and I kind of adored the accent once I got used to reading it! Especially when Lachlan says some sweet things to Mack with that accent.

“I know ye’ve had to be tough all your life, sweetheart,” he says. “But ye don’t have to do that with me. I’ll protect ye, and on occasion boast because ye’re mine. That’s just the way it goes.”

We don’t get into too much detail about the Irish mafia, sadly. I would’ve loved more chapters in Lachlan’s POV so that aspect of the book could be fleshed out a little more, and I totally wouldn’t have minded reading more about his feelings for Mack. Crow is told mainly in Mack’s POV, so I was a little bummed out that the dual POV wasn’t as even as I expected, but since I really enjoyed Mack’s narrative, I didn’t mind too much. All in all, I really couldn’t put this book down. It’s full of action and chemistry, and the romance was sweet as it was sexy. The ending was adorably sweet and satisfying. I’m super excited for the next book now because of the couple starring in it! 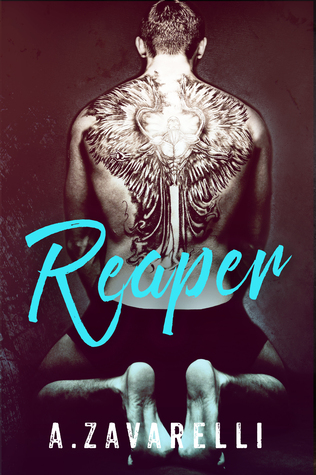 20 thoughts on “Review: Crow by A. Zavarelli”