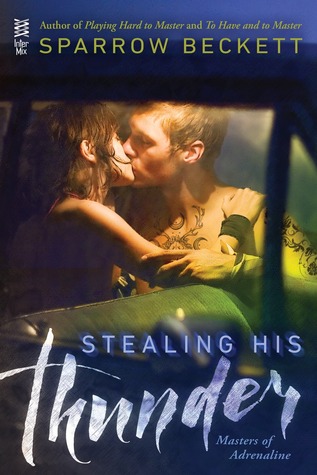 Stealing His Thunder by Sparrow Beckett
Series: Masters of Adrenaline #1 (full reading order below)
Publication Date: June 21st 2016
Links: Ebook • Goodreads
Source: I received an ARC from the publisher in exchange for an honest review

From the author of the Masters Unleashed series, Sparrow Beckett revs things up with two lovers on a collision course in the first Masters of Adrenaline novel.

Nothing gives Addison Kennedy a rush like stealing cars. The Lexus was the perfect target, but before she can get its engine purring, she’s cold-cocked unconscious. When she comes to, she finds herself on a bed with a blonde, tattooed god standing over her.

Fox Larson is shocked to discover the thief he knocked out is actually a hot girl. Bringing her home may not have been the smartest move, but he wasn’t about to leave an unconscious and defenseless woman in a parking garage. Besides, if she’s part of an auto theft crew infringing on his territory, he needs to pump her for information.

However, Addison has personal drive that won’t be denied and she’s desperate to prove Fox’s group needs her skills. Submitting to his kinks in the bedroom is a hot yet complicated bonus. When a big job goes bad, and Addison finally gets her chance, will she succeed in stealing his thunder?

Addison is just a normal girl going to college… except for her extracurricular activity of stealing cars. She’s new at it but incredibly skilled, until one night she’s knocked unconscious and wakes up in an unfamiliar man’s bed. That man is Fox, and it turns out she was stealing a car HE was meant to steal. Fox is the leader of a ring of car thieves – stealing cars is his livelihood, and now Addison wants in so she can support her parents and grandparents. If there’s a hot chemistry between them, well, that’s an added bonus. So begins a dance of taunts and flirts and dares as Addison and Fox play with the attraction between them and enter an erotic relationship.

Addison and Fox felt pretty one dimensional to me. The attraction was hot, sure, but I never really connected with their characters, nor did I feel anything as their romance played out. The kink was fun, but nothing I’d never read before. I really enjoyed the first part of the book, with Addison meeting Fox and getting to know him and his car-stealing ways, but things flatlined a bit when sex was involved, because then it became ALL about the sex. I had to skim over quite a bit of the sex scenes because the story just wasn’t moving forward fast enough for me. I really wish that we could’ve focused more on the story and romance rather than the kink and lust. 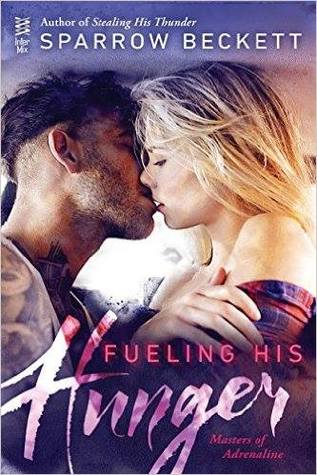 12 thoughts on “ARC Review: Stealing His Thunder by Sparrow Beckett”