Hit the Spot by J. Daniels is here! Check out my review, an excerpt of the book and a fabulous giveaway below! 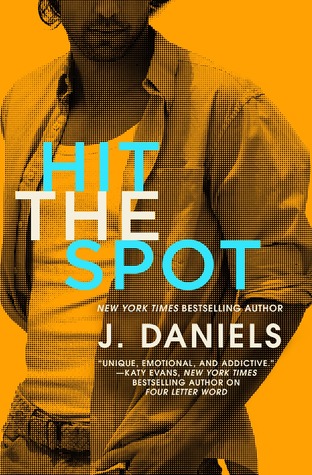 Is this love or just a game?

Tori Rivera thinks Jamie McCade is rude, arrogant, and worst of all . . . the sexiest man she’s ever laid eyes on. His reputation as a player is almost as legendary as his surfing skills. No matter how her body heats up when he’s around, she’s determined not to be another meaningless hookup.

Jamie McCade always gets what he wants. The sickest wave. The hottest women. And Tori, with her long legs and smart mouth, is definitely the hottest one. He knows Tori wants him-hell, most women do-but she won’t admit it. After months of chasing and one unforgettable kiss, it’s time for Jamie to raise the stakes.

Jamie promises that soon Tori won’t just want him in her bed, she’ll be begging for it-and he might be right. Somehow he’s found the spot in her heart that makes her open up like never before. But with all she knows about his past, can she really trust what’s happening between them? Is Jamie playing for keeps or just playing to win?

I’ll admit, I wasn’t the biggest fan of Jamie when I read Four Letter Word (I’m pretty over player heroes) but I was excited for the prospect of an enemies-to-lovers romance, and I really liked Tori. I couldn’t wait to see how Jamie would be in love, with no OW drama, and J. Daniels didn’t disappoint me. The Jamie in this book might the same crude, no-filters kind of guy as he was in the previous book, but his eyes and attention are all on Tori. I loved the banter and the chemistry between these two – if you’re looking for a romance with a well-done enemies-to-lovers trope, then I highly recommend Hit the Spot!

To say Tori has a less-than-stellar first impression of Jamie would be an understatement. He’s a manwhore through and through, completely dismissive of love and relationships, and she wants nothing to do with him. Jamie, though, can’t seem to stay away from her and is determined to get her into his bed. It’s nothing but constant barbs and banter between these two… until Jamie ups the stakes and challenges Tori to a bet: the first person to give in and beg for sex from the other loses, and they can’t sleep with anyone else in the meantime.

I closed my eyes. God. What was more dangerous? The heartbreaker or the breath-stealer. Player Jamie or the man who let me touch him like he was mine.
I didn’t know.

Tori and Jamie give as good as they get trying to make the other lose – and I had the best time reading about it. It was so fun and amusing to read about these two taunting and teasing each other. Their shenanigans definitely had me giggling. But more than that, there was something deeper going on in between the taunts and quips – Tori starts seeing Jamie as more than the player that he used to be, so is it possible to trust her heart with him? Jamie, we learn, has always wanted Tori – both her body and her heart. And he’ll do whatever it takes to win all of her and keep her for himself.

I wanted everything. Her body, her mind, her sanity. Having her break into my house or coming to my fucking work. I wanted her ruined.
I wanted Tori Rivera as fucked up and crazy about me as I was about her.

Hit the Spot is such a fun read. It’s a funny, sexy, feel-good romance that had me glued to the pages. I ended up losing all my reservations about Jamie and he totally stole my heart by the end – he and Tori make the most adorable, crazy couple ever. One thing that got on my nerves though, was the ‘alpha’ way Jamie talked – I quickly got tired of all his dropped g’s and never using the subject in a sentence. But if you have no problem with alpha-male speak, then this shouldn’t be a problem for you. Otherwise, besides that, I adored Hit the Spot. It was the perfect fun read to take my mind off my upcoming finals. If you love J. Daniels and especially if you enjoyed Four Letter Word, you should definitely get your hands on Hit the Spot!

“Nine months was nothin’, babe. I would’ve waited years for you.” Now here’s an excerpt from Hit the Spot! ❤

Tori slapped the counter and gained everyone’s attention when she started yelling, “I did not run you over, Jamie! Jesus Christ! Quit spreading lies about me!”

“It ain’t lies if it’s true!” I yelled back, glaring at her.

A laugh bubbled in her throat. She tilted her head and stuck her hand on her hip. “Please. I’m sure you’re still able to bang everything with a pulse, as usual, which means you’re fine. Get over it, and grow some balls. I cried less when I watched Bambi the first time.”

“Who’s hungry?” Syd asked nonchalantly, moving behind her friend to round the island and stand near the stove.

I ignored her question because, what the fuck? Grow some balls?

“I gotta pair, babe,” I told Legs, reaching down and palming my shit. “You should know since you’ve been all up on ’em the past nine months.”

She rolled her eyes. “You’re disgusting.”

I felt my mouth twitch.

And that was when, for some fucked up reason, I reverted back to my old ways with Tori Rivera, forgetting all about how much I fucking hated her and instead going full-on, hell-bent determined to get an admission out of that smart-ass mouth.

“You want it,” I countered, tipping my chin up.

She wasn’t expecting that. No more than I was. It threw her off.

Her shoulders pulled back and her lips parted.

Then, maybe to cover her tell, or maybe she didn’t have control over what was flying out of her mouth either, I didn’t know, but she brought her other hand to her hip, glared at me with heat flashing in her eyes, tipped forward, and shot back with attitude, “You want it.”

Well shit. This was new. Legs was challenging me and she was doing it flirting. There was no doubt in my mind.

“Sorry, babe,” I said, keeping the smirk and letting go of my junk. “Not interested. I told you yesterday, I’m done waitin’ around. But you?” I pointed my beer at her. “You’ll be beggin’ for it before the month is up. Just watch.”

“Fat chance,” she snapped. “I wouldn’t sleep with you if my life depended on it.”

“What’s going on right now?” Syd called out, but I wasn’t pausing to answer her.

I smiled at Tori, then gestured between us, explaining, “First one to break and come crawling to the other person for sex, loses.”

“Are you serious?” She laughed, not in amusement but in disbelief.

I nodded slowly. I had this in the bag. “A rule. No fuckin’ anyone unless it’s each other.” 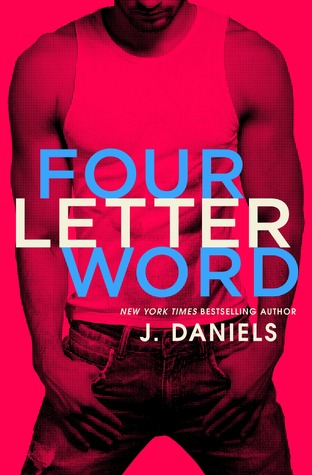 J. Daniels is the New York Times and USA Today bestselling author of the Sweet Addiction series, the Alabama Summer series, and the Dirty Deeds series.

She would rather bake than cook, she listens to music entirely too loud, and loves writing stories her children will never read. Her husband and children are her greatest loves, with cupcakes coming in at a close second.

J grew up in Baltimore and resides in Maryland with her family.