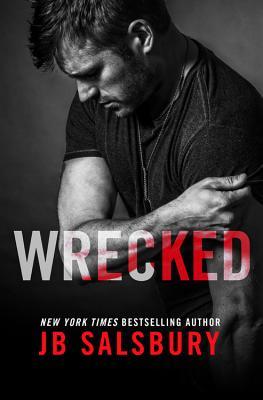 Now here’s an excerpt from Wrecked! ❤

I thought he was kidding. I should’ve known better. Aden’s intentions with me since I stupidly boarded this boat have been my torment for his enjoyment. He loved watching me squirm over the bait tank and when I proved I wouldn’t shy away from a challenge, he pulled out the big guns. From his flirty smiles to his teasing touches, he’s discovered my weaknesses and is exploiting them for his own entertainment.

Now this? Raw fish probably still warm from fighting for its life.

And now I’m God knows how many feet above water sitting on a two-seater bench held up by rusty ladders and staring down a piece of glistening pink meat.

“You have to eat it, it’s a rite of passage.” He offers the meat to my lips and I quickly turn my face away.

“I’m really not hungry.” As if the idea isn’t enough to turn my stomach, watching him clean the fish before sectioning off enough for lunch wasn’t much of an appetite builder.

“Of course you are.” He brings the piece to his own mouth and takes a bite, closing his eyes with a moan as he chews.

I feel a rush of bile hit my throat, or maybe it’s beer, either way it’s warm and it burns. “That’s disgusting.”

My eyes widen. Sawyer would say she’s never had sushi. But Celia’s a different story. She ate a live cricket in the eighth grade on a dare. She didn’t even flinch. “I like sushi, just not directly from the…um…source.”

“Doesn’t get fresher than this.” He takes another bite and I can’t deny that his response to eating it does give it some appeal.

“I think I need soy sauce or that green stuff.” What’s it called?

“Oh come on.” He smiles in that cute crooked way that makes my heart dip and dive. “Live a little.”

I chew the inside of my mouth debating the cost/benefit of taking a bite of this fresh-out-of-the-ocean fish. On one hand, I’ll impress Aden. That in and of itself is worth the ick factor. But what if I throw up all over his boat? Is the chance of impressing him worth totally humiliating myself? I groan when I realize what I’m doing, exactly what I swore I wouldn’t do. I’m making an internal pros and cons list. I close my eyes and steel my resolve and my spine. Don’t think, just decide. I pop open my eyes followed by my mouth.

“Yeah?” He stares at my parted lips.

I nod, hoping he’ll hurry before I change my mind.

Lifting the rose-colored flesh forward, he places it between my teeth. It’s a small bite so I close my lips around his fingers expecting him to pull away…but he doesn’t. For a moment I’m suspended in his gaze, totally stuck while his hot fingers rest between my lips. This should be grossing me out; after all, I watched him gut this fish with his bare hands and to wash off all the blood he merely dipped them into the ocean. But all the thoughts of raw fish and a stranger’s finger do nothing to stave off the warmth blooming in my belly. My tongue pulls the meat deeper into my mouth, brushing against the rough pad of his forefinger. He bites his lip but finally drops his hand.

He watches intently while I chew and swallow.

“How was it?” His voice is low and gruff.

Lost in the heated moment, I barely tasted it. “Good.”

His hand cups the back of my head and he pulls me toward him, stopping just short of our lips touching. “I can’t fucking take this anymore.” His breath is sawing in and out, bursting against my mouth with impatience. “Let me.” It’s a demand, not a question.

A kiss. I don’t need to channel Celia or flip a coin…I know what I want.

I lick my lips and close the slight distance between us. 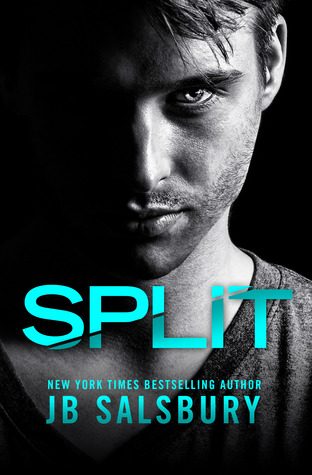