Not the Duke’s Darling by Elizabeth Hoyt
Series: Greycourt #1 (full reading order below)
Publication Date: December 18th 2018
Links: Ebook • Paperback • Audible • Goodreads
Source: I received a copy from the publisher in exchange for an honest review

Freya de Moray is many things: a member of the secret order of Wise Women, the daughter of disgraced nobility, and a chaperone living under an assumed name. What she is not is forgiving. So when the Duke of Harlowe, the man who destroyed her brother and led to the downfall of her family, appears at the country house party she’s attending, she does what any Wise Woman would do: she starts planning her revenge.

Christopher Renshaw, the Duke of Harlowe, is being blackmailed. Intent on keeping his secrets safe, he agrees to attend a house party where he will put an end to this coercion once and for all. Until he recognizes Freya, masquerading among the party revelers, and realizes his troubles have just begun. Freya knows all about his sins-sins he’d much rather forget. But she’s also fiery, bold, and sensuous-a temptation he can’t resist. When it becomes clear Freya is in grave danger, he’ll risk everything to keep her safe. But first, he will have to earn Freya’s trust…by whatever means necessary.

I’ve been a fan of Elizabeth Hoyt’s after discovering her Maiden Lane series. Not every book was a hit, but there were enough that it felt bittersweet when the series came to an end. When she announced she’d be releasing a new series though, I couldn’t wait to get my hands on it. Not the Duke’s Darling is the first in the Greycourt series, setting the stage for a new cast of characters. While I enjoyed the characters, I had a hard time connecting with the story and couldn’t fully love it as much as I hoped to.

The foundation of Freya and Christopher’s story starts fifteen years earlier, after a tragic event that tears apart friends and families. Christopher and his best friend, Freya’s brother Ran, become estranged for the next decade and a half, leaving him on one side and the de Morays on the other. Fast forward to the present, and Christopher is back from India to run his dukedom and Freya is a Wise Woman disguised as a chaperone. As a member of the secret order of Wise Women, Freya is not your typical woman. She’s fierce, with an intelligent mind and exceptional fighting skills. When they meet again for the first time in years, Christopher doesn’t recognize her, but Freya vows revenge on the man who wronged her brother.

Christopher and Freya have an explosive relationship. Their chemistry is off the charts, and not just because she wants revenge on him. Even though Christopher doesn’t recognize Freya at first, that doesn’t stop him from wanting her. Her wit and sharp tongue leave him desperate to be around her. There was a bit of a reversal in roles with these two, with the hero being all in with the heroine, and the heroine being more on the reluctant side, which I enjoyed. Freya’s prickliness gave her character depth, and I couldn’t help but be entertained as Christopher tore down her walls.

“Don’t change. Don’t ever change. I like your prickliness, your scowls, the way you argue with me so fiercely. I want a lioness, not a lamb.”

What didn’t work so well with me were the various subplots that the author tried to tie all together. It felt messy, trying to juggle the Wise Women order, Freya’s mission to save a duchess, Christopher’s late wife, his time in India, someone targeting Freya, the tragedy that happened years ago between three best friends, and even the POV of the next book’s heroine, whose story is being set up in this book. When there is so much going on, it’s hard to make everything as fully fleshed out as possible, which is mainly what made me hold back from enjoying the story.

Not the Duke’s Darling has its issues, but that doesn’t stop me from wanting to continue with the series. I’m intrigued enough with the hero and heroine of the next book to want to pick it up, and hopefully it balances plotlines better. 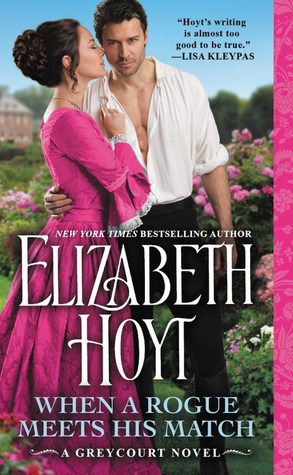