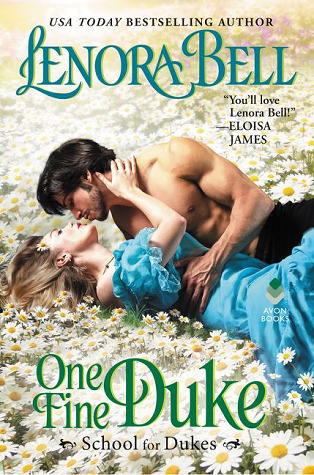 Raised in the countryside by her overprotective uncle, Miss Mina Penny’s dream of a triumphant London season is finally here. She determined her perfect match long ago: Rafe Bentley, the wickedest rake of them all. There’s only one very large, very unyielding obstacle: Rafe’s brother Andrew, the reclusive Duke of Thorndon.

This was supposed to be simple. Duke goes to London. Duke selects suitable bride. Love match? Not a chance. But when Drew meets Mina, she complicates everything. How can a lady armed with such beauty and brains fall for his irresponsible degenerate of a brother? Drew vows to save her from heartbreak and ruin, no matter the cost.

But Mina is no damsel in distress. She’s daring, intuitive, passionate…and halfway to melting Drew’s cold heart. And although Mina thought she knew exactly what she wanted, one breathtakingly seductive kiss from Drew changes everything. Now Mina must decide between long-held dreams and dangerous new desires. Could her true destiny lie in the arms of a duke?

One of my 2019 reading goals is to read more debut/new-to-me authors, and I’m so glad I’ve found another author to add to this list! This was my first book from Lenora Bell, who has been on my TBR for ages, and it definitely won’t be my last. I adored the heroine, Mina, the hero, Drew, and their story. Though this is the third book in the School for Dukes series, it can be read entirely as a standalone, which was what I did, and didn’t feel lost at all.

Mina is headstrong young woman who wants the freedom and adventure she never had growing up under her overprotective uncle. And being the crafty, clever woman that she is, she also wants to become a spy for the crown like her uncle. In order to prove to her uncle she has what it takes, she plans to marry Rafe, a rake and secret spy working for Mina’s uncle. Unfortunately for her plans, she is more drawn to Rafe’s brother Drew than Rafe himself.

Drew suffers from PTSD from when he was kidnapped and held for ransom as a boy, so he lives in seclusion in the country. He arrives in London with the sole purpose of finding a suitable, ladylike, quiet bride who won’t bother him too much so he can head straight back to the country. But the fiery, disrespectful, unladylike Mina Penny is what catches his attention.

“You want danger. You want excitement and adventure,” he whispered. “I’ll be your adventure. Explore me, Mina.”

Mina and Drew couldn’t want more different things in life, but somehow, these two just click together. I fell hard for these characters and the way they brought out the best and most out of each other. One Fine Duke is sweet, sexy, hilarious at times (Mina gets trapped in a sex chair!) and overall a fun historical romance everyone should read. I’m off to read more of Lenora Bell’s books now!

Now here’s an excerpt from One Fine Duke! ❤

“There he is, Wilhelmina,” Grizzy whispered, staring reverently across the crowded ballroom. “The Duke of Thorndon.”

Distract her from her plan with his brother, handsome.

Her uncle had been right. Thorndon was a fine figure of a man. Objectively speaking, the finest she’d ever beheld.

Tall as a doorframe, with a face hewn from the same granite as the rugged Cornish coastline.

A face rendered seductive by contrasts: sharp cheekbones and curved, sensuous lips. Gleaming ebony hair brushed his collar. His eyes were a light, gold-tinged brown—the only warm thing about him.

He owned this ballroom. Literally. And he owned everyone in it by dint of his oversized presence and the cold, unsmiling arrogance scrawled across his face.

He didn’t even follow the dictates of fashion, preferring plain black attire to the white pantaloons and gaily-colored waistcoats of the other gentlemen.

“When you’re introduced to Thorndon, pray speak as seldom as possible,” Grizzy whispered. “Attempt to appear biddable and do try to recall my decorum lessons. Remember, no one in London knows anything about you, thank the Lord.”

Mina had seen several polished, elegant young ladies staring at her, nudging each other and whispering. She was an outsider, a usurper, her proper place in the social hierarchy not yet established.

They needn’t worry. She had no designs upon their prize duke. And she was about as unpolished as a debutante could be—as rough as an un-sanded plank. If anyone touched her they might get splinters.

She longed to shed her country skin swiftly and emerge as the sophisticated social butterfly her mother had been. But she knew that it would take time, observation, and experimentation.

Her first flirtatious conversation, first kiss, first taste of brandy, first adventure…it was all ahead of her.

She couldn’t wait to taste it all. 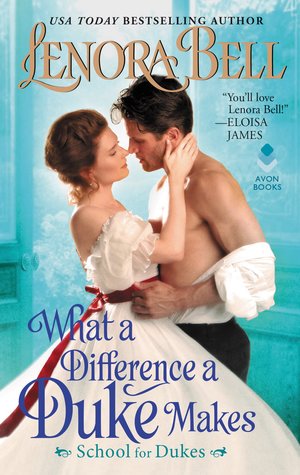 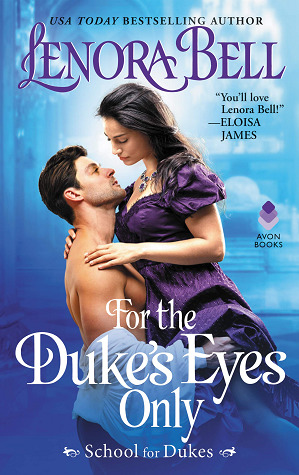 Lenora Bell is the USA Today bestselling, award-winning author of historical romances with Avon Books. A teacher with an MFA in Creative Writing, Lenora has lived and worked on five continents. She currently lives in New Zealand with her carpenter husband and two tiger-striped rescue kitties. She loves to hear from readers! Sign up for her mailing list to hear about new books, sales, and giveaways!