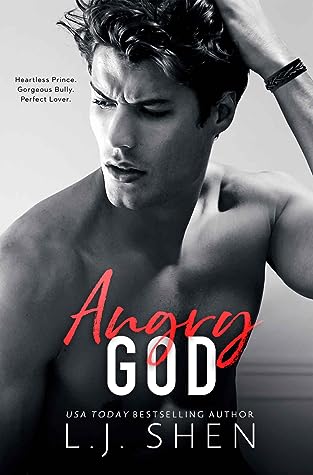 Vaughn Spencer.
They call him an angry god.
To me, he is nothing but a heartless prince.
His parents rule this town, its police, every citizen and boutique on Main Street.
All I own is a nice, juicy grudge against him for that time he almost killed me.
Between hooking up with a different girl every weekend, breaking hearts, noses and rules, Vaughn also finds the time to bully little ole’ me.
I fight back, tooth and nail, never expecting him to chase me across the ocean after we graduate high school.
But here he is, living with me in a dark, looming castle on the outskirts of London.
A fellow intern. A prodigal sculptor. A bloody genius.
They say this place is haunted, and it is.
Carlisle Castle hides two of our most awful secrets.
Vaughn thinks he can kill the ghosts of his past, but what he doesn’t know? It’s my heart he’s slaying.

I wish I could say this was everything that I’d hoped Vaughn’s book would be, but it was a disappointment more than anything. I genuinely enjoyed the first two books in the All Saints High series, despite not really being into romances set in high school anymore, but I put my trust in LJ Shen knowing she could deliver fantastic writing, characters, angst, and steam. While PR and BK had all of that, Angry God in comparison fell flat. I’d been so hyped from the Vaughn/Lenny scenes we got in BK – their chemistry in that book was on fire! Their banter was so much fun! But sadly, I didn’t feel the romance, didn’t BELIEVE in their romance. It was just a fucked-up sociopath on a warpath for revenge, and he didn’t care who he had to hurt or use in order to do it.

At the end of BK, we knew Lenny and Vaughn had gone to England for an art program. Going into AG, I was expecting it to start off around that time. Instead, we get a good third of the book set during their final year of high school… and it felt like nothing was happening. The story moved so slowly I felt bored along with frustrated. Vaughn would be unbelievably cruel to Lenny (and his classmates) but also follow her around like a lost puppy, Lenny would try to act cool and collected but still get bullied by Vaughn and the mean girls. Rinse and repeat all this drama, until they finally left for England. I actually did like whenever Lenny stood up for herself – I NEED these NA heroines in bully romances to stand up to their bullies if I’m going to enjoy the story. But then any time Vaughn doled out scraps of his affection and attention, Lenny would soak it up like she’d been living in a desert, despite how horribly he treated her the other 90% of the time.

Vaughn’s quest for revenge is a mystery to everyone, but it’s fairly predictable to the reader. Something awful happened to him as a young boy, which is why he’s the sociopath that he is. While I sympathized with his tragic past, I never really grew to care for Vaughn… like, at all. He had SO MUCH POTENTIAL, but it all got squandered away by his endless BJs and melodramatic thoughts. I didn’t hate him, I didn’t like him either. LJ Shen has written some fabulous alpha-holes in the past, but sadly Vaughn is on the lower end of the spectrum. All I could think about was that he really needed to see a therapist.

The parts I did enjoy? The scenes with Vaughn’s parents. I can’t say that I loved Vicious in his own book, but anytime he shows up in any of the author’s other books, he shines. I loved seeing him as a husband and father. I loved his love for his wife and son. It’s hard not to compare father and son but Vaughn didn’t make an impression on me as much as Vicious did. Also, Vicious gave some GOOD grovel, whereas Vaughn did not.

I’ll be honest, I’m a little wary of anything else LJ Shen has in store for us now. I gave her latest two book 2 stars, which is so disappointing when I used to give her 4’s and 5’s. I’m not giving up on her just yet, but I’m reaaally hoping we get back that spark that made me love her books.

I also gotta give a trigger warning despite it being slightly spoilery, or at least it makes it easier to connect the dots: child rape/abuse 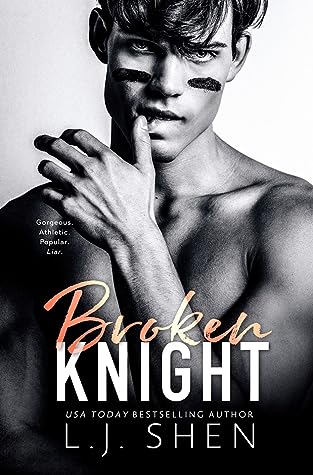