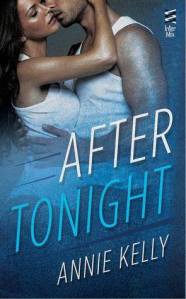 After Tonight by Annie Kelly
Series: Flirting with Trouble #1 (full reading order below)
Publication Date: November 17th 2015
Links: Ebook • Goodreads
Source: I received an ARC from the publisher in exchange for an honest review

She may be the teacher…

All Hyacinth “Cyn” Hendricks ever wanted to do was make a difference in the world. But when she joins the faculty of a Baltimore reform school, she discovers that she’s bitten off more than she can chew. Because the last thing she expects when she meets her newest student is to see the guy she met—and made out with—at a bar last week.

But he’s the one giving her a lesson…

To Cyn, Smith Asher is an enigma. The 20-year old doesn’t look like a high schooler and he certainly didn’t act like one the other night. Despite the smoldering chemistry between them, she knows she has to squash this dangerous infatuation before it gets them both in serious trouble. But her desire for Smith—and his lust for her—quickly grows too hot to ignore. And Cyn soon learns that there is one thing worse than teaching someone you’ve seen nearly naked…

Teaching someone you want to see nearly naked again.

I looove forbidden romances, so when I read the blurb for After Tonight, I couldn’t wait to start it. A forbidden love story between a teacher and her 20-year-old student… who she actually met the other night and almost hooked up with? Um, yes please!!! I had high expectations for this book, but… it fell a little short of them. Don’t get me wrong, this was still fun and sexy as hell, but I wanted something more. I didn’t really connect with the characters, so I wasn’t as into this book as I wish I had been. It was a little dull at some parts, intense at others, but overall, After Tonight was a very okay book.

Apparently, I’m going to teach Hamlet tomorrow to a room full of teenagers who couldn’t care less.
Oh, and one man who’s seen me almost naked.
Fucking hell.
I wonder if it’s too late to call in sick.

On her first day of student teaching, the last person Hyacinth expects to see is Smith Asher, the man she had an intense connection with the other night at a fantasy club. They may not have technically done anything that night, but she still let loose and let him see her naked… so she’s mortified to realize that he’s actually going to be her student. Now, Cyn is determined to ignore their chemistry and pretend like nothing ever happened between them, but Smith won’t let her forget. Even though he’s twenty, he’s intense, sexy, and very much hard to ignore. He riles Cyn up easily, and the forbidden-ness of their relationship only makes the chemistry between them burn hotter than ever.

“Every day I want you more, and every day I can have you less,” he murmurs.

I didn’t really like Smith, to be honest. He was pushy at times, and very hot-and-cold. His behavior was basically all over the place, so I couldn’t see why Cyn liked him, other than their attraction for each other. I didn’t get or connect with their relationship at all – it was basically only ever sexual between them. I expected a little more from this. I love forbidden romances, especially teacher/student ones, but After Tonight was only… okay. A little boring sometimes, but still plenty sexy. I will say, though, that I didn’t see the plot twist coming at all! That was probably the best part of the book – the author certainly surprised me with a twist I didn’t see coming, but was completely believable.

If you’re a fan of forbidden romances, this might not be the best book, but if you’re looking for something quick and sexy, I’d say why not. The writing was good, but the story and characters weren’t as good as I’d hoped. Still, I’m intrigued enough by the sequel that I will most likely continue the series and give it a try. 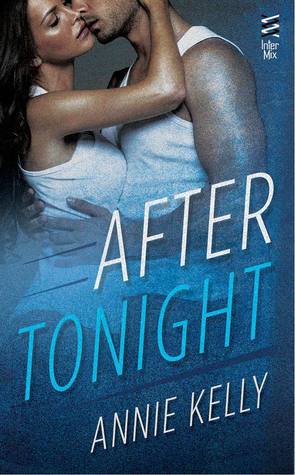 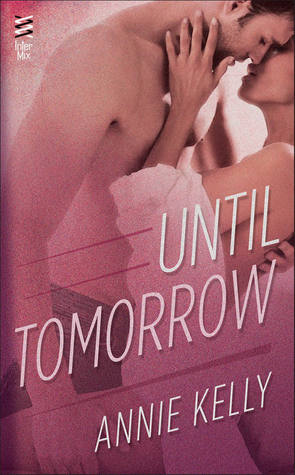