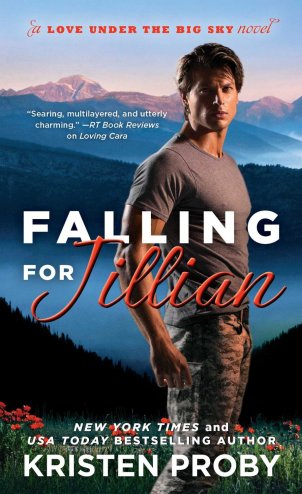 From New York Times bestselling author Kristen Proby comes the third romance in the Love Under the Big Sky series, featuring a veteran struggling with PTSD and the one woman who can help him recover—and learn to love again.

Jillian thought she was a city girl through and through; the fast cars, high fashion, and glamour—she loves it all. But when her ex tells her he’s having a baby with his new wife (after Jillian struggled for years to get pregnant), she hightails it back to Montana to cry on the shoulder of her best friend, Cara.

But in truth, Jillian would rather be comforted by someone else…specifically Zack, Cara’s brother-in-law. Zack is a veteran of the Iraq War who came back to the family ranch to raise his preteen son after the boy’s mother took off. He’s struggling to re-establish a relationship with his son, and warding off the demons of PTSD, which still haunt him. The last thing he needs is bold, brassy Jillian…but why can’t he keep his hands off her?

I run to the porch and plug in the lights, then run back into the front yard to see them.

“Thank God they all work,” he says as he tosses the black shoe down to the ground and then moves carefully down to the ladder. “It would be a bitch to have to take them back down.”

“I checked them,” I assure him, and when his foot finally lands safely on the snow and he turns to me, I hit him on the arm. “You shouldn’t have done that! You took ten years off my life!”

I throw my arms around his torso and squeeze him tightly, then back away.

“No, you shouldn’t have been on that ladder. If I catch you on one again, I’ll spank your ass until it glows.”

My jaw drops as I gaze up into his frustrated face. For once in my life, I’m speechless. I scowl as I pull myself together and clench my fists. “You wouldn’t dare . . .”

“Put yourself in danger again and see if I don’t,” he replies calmly and crosses his arms over his chest.

“Did you come here to bully me?”

He sighs and pulls his beanie off his head, pushing his fingers through the messy brown strands. I want to sink my fingers in that thick, dark hair.

“No. I came because you won’t answer your fucking phone so I can apologize for the other night.”

“I don’t want your apology,” I reply and throw the extra lights and staple gun back into the tote and turn away, but he catches my arm and turns me back to him, takes the tote, and sets it down.

“I’m going to give it anyway.” His jaw is firm. “I had no right to kiss you like that in the parking lot for everyone to see.”

I jerk back, mortified. “You’re apologizing for kissing me?” 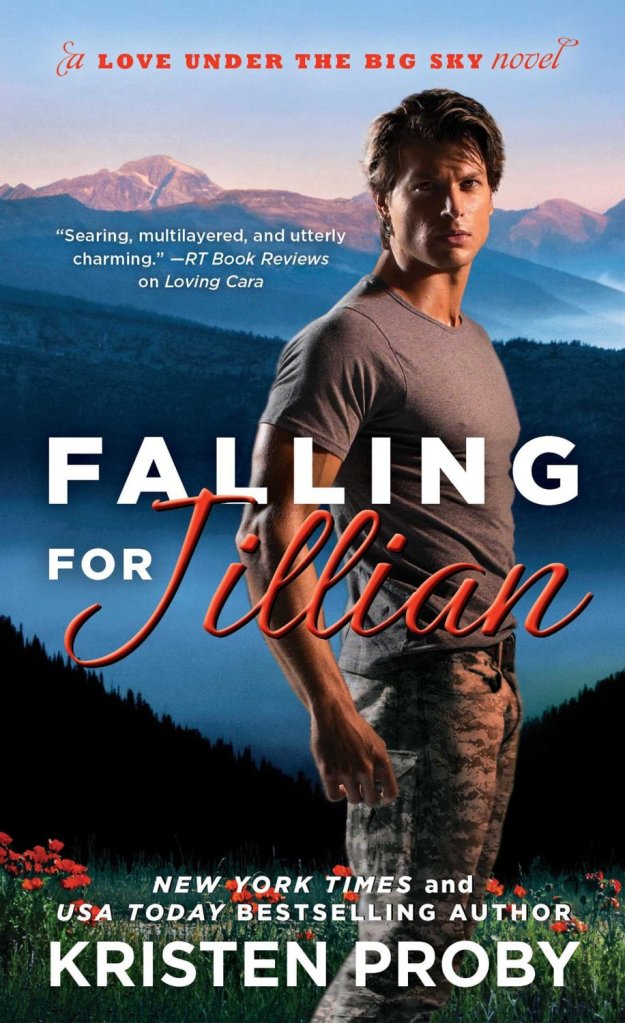 KRISTEN PROBY is the USA Today bestselling author of the popular With Me in Seattle series. She has a passion for a good love story and strong characters who love humor and have a strong sense of loyalty and family. Her men are the alpha type—fiercely protective and a bit bossy—and her ladies are fun, strong, and not afraid to stand up for themselves. Kristen spends her days with her muse in the Pacific Northwest. She enjoys coffee, chocolate, and sunshine. And naps. Visit her at KristenProby.com.