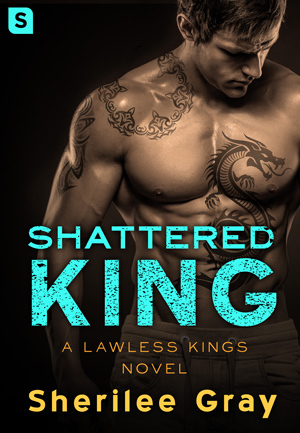 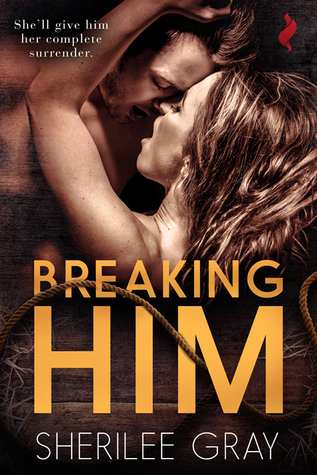 Breaking Him by Sherilee Gray
Series: Standalone
Publication Date: September 5th 2016
Links: Ebook • Paperback • Goodreads
Source: I received an ARC from the publisher in exchange for an honest review

Folks in town call him a monster—say he’s dangerous. But I know him simply as Elijah Hays, the quiet, gentle giant who works with the horses on my ranch. I can feel him watching me, that steady intense gaze making me crave things I don’t quite understand, burn in a way that frightens me. He’s always kept his distance…until that night.

I remember him coming to my rescue, me following him into the barn, giving him his first taste of a woman, and his inexperienced yet barely reined touch turning me to ash.

Now all I can think about is exposing the dark desire I see deep inside him—having him turn those dark desires on me. That low, gritty voice rasping orders in my ear. Those huge, rough hands holding me down when a storm blows in.

I want his surrender. His control. I want to break him…and have him break me…

Y’all, I haven’t read some good smut in ages, but Breaking Him pushed allll the right buttons for me. Lovely heroine I adored? Check. Alpha hero who’s the strong and silent type, a cowboy, a gentleman, and a VIRGIN? Check, check, check. Hot, dirty, sweaty, sexy smut where the hero basically worships the heroine and deals out some good dirty talk? CHECK! So basically, I loved this book – I had so much fun reading it, and if the author’s other books are anything like Breaking Him, I’m going to need to start them stat. You can never have too much smut in your life!

I wanted to break through, break him—so I could put him back together piece by piece and make him whole again.

After inheriting her father’s ranch, Abigail has barely been able to keep the ranch afloat. It doesn’t help that every day she’s insanely attracted to and distracted by her ranch hand, the big, brooding Elijah Hays. Thanks to the way he grew up, everyone in their small town thinks he’s a monster, but Abigail’s the only one who knows otherwise. She sees him for the good, kind, honest man he is – that she just happens to imagine him in her sexual fantasies doesn’t influence the way she sees him either. But when Eli accidentally walks in on her masturbation session, the chemistry that’s been brewing between them suddenly explodes, and these two can’t keep their hands off each other.

“You feel so good. So soft and warm and goddamn perfect.” He licked his lips. “Darlin’, you’re all over my hand.” I was gripping his biceps, and the muscles twitched. “I can smell you. Christ, I think I’m losing my mind, Abigail. Making you feel good, it’s all I want to do. I never want to stop.”

I love me some virgin heroes, and a cowboy one at that. Eli is my favorite kind of hero, too, one who’s protective, caring, and willing to do anything for his woman. Abigail is the only one for him, and he makes this so obvious I couldn’t help but swoon. I loved the way these two were together, how well they worked both on the ranch and in bed. And though Eli is a virgin, that doesn’t mean he doesn’t know what he’s doing – the smut in Breaking Him nearly reminds me of Tessa Bailey’s, and that’s high praise if you know me 😉 But of course, Abigail and Eli can’t stay on the ranch forever. The town’s judgment, the fate of the ranch, and all the outside forces seem to be against these two being together. But the love and dedication they have for one another isn’t so easy to break.

“You’re my salvation, Abigail,” he said, voice low and guttural, each word punctuated with an almost violent thrust of his hips. “Right here, inside you, I’m redeemed. I’m the man you need. I’m yours and you’re mine.”