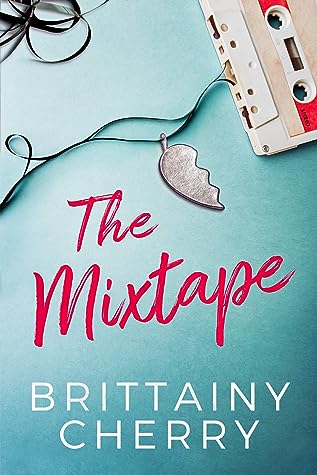 The Mixtape by Brittainy Cherry
Series: Standalone
Publication Date: July 1st 2021
Links: Ebook • Paperback • Audible • Goodreads
Source: I received a copy from the publisher in exchange for an honest review

Since the death of his twin brother, Oliver’s caught between pleasing his fans and finding himself. Emery finds him first.

Emery has never felt more alone. Raising her daughter is both her pleasure and her pain as she struggles to hold on to her job as a bartender and keep a roof over their heads. With no one to help them—no support system—any unexpected expense or late bill could turn their whole world upside down.

Reeling from the death of his twin brother and bandmate, rock star Oliver Smith is trying to drink his problems away. Apparently he isn’t very good at it; they follow him wherever he goes. Also in hot pursuit are the paparazzi, who catch Oliver at his lowest low.

He could have walked into any bar in California, but he walked into hers. Emery helps Oliver lose the crowd, and they find themselves alone: two people whose paths are marked with loss and pain. However, they hold an unshakable hope for healing. They find solace together, but can their love withstand the world?

The Mixtape is a down-to-earth rock star romance between a single mother and one of her rock star idols. It’s emotional and heartbreaking, as with most Brittainy C. Cherry books. I’ve been enjoying her books a lot lately and this one was fantastic in audio. If you’re a fan of rock star romances and books with a ton of feels, you need to read this book!

Oliver is a part of a rock star duo with his twin brother, and when twin dies in an accident, Oliver is left reeling and devastated. Being in the public eye doesn’t help matters either. Everyone and their mother seems to have a negative opinion on Oliver and he can’t deal with his grief and public scrutiny on top of it. He finds himself drunk in the middle of a bar when he meets Emery, a single mom who helps him during this painful time. They form a connection over their trauma and loss and they help each other heal all while falling for each other.

Oliver and Emery’s stories are heart-wrenching. I hurt for both of them, from the loss of the most important person in Oliver’s life to Emery’s hurtful and toxic family. Their romance is sweet and all about healing two broken people. I adored Emery’s daughter Reese, who adds a brightness to the story that’s much needed. The Mixtape took me on an emotional journey and I enjoyed it so much.