Happy Release Day to Karina Halle! The Pact is live! I can’t wait to start this one! 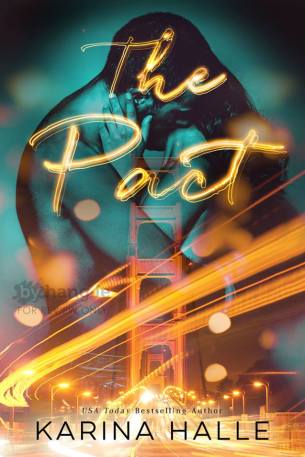 It all started with a pinky swear…

Linden McGregor is tall, rugged, and gunslinger handsome; a helicopter pilot with a Scottish brogue and charm to spare. He’s also one of Stephanie Robson’s best friends and has fit into that box for as long as she’s known him.

Beautiful, funny and an ambitious businesswoman (with one hell of an ass), Stephanie Robson is one of Linden McGregor’s best friends and has fit into that box for as long as he’s known her.

Back in their mid-twenties and tired of the competitive hit-or-miss dating scene of San Francisco, Steph and Linden made a pact to marry each other if neither one of them are in a serious relationship by the time they hit thirty.

It sounds like fun and games but as the years to thirty tick past and lovers come and go out of their lives, the pact becomes larger than life.

Sex is inevitable. Friendships are tested. Hearts are on the line.

The pact is about to change everything. 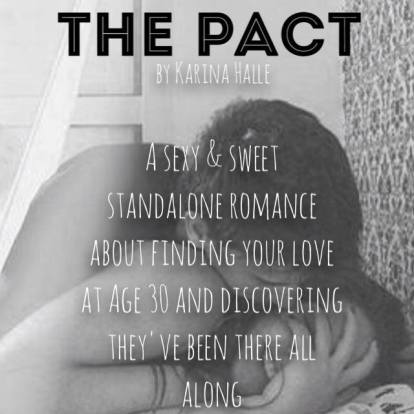 Now here’s an excerpt from The Pact! ❤

Her eyes are so blue and wide, like the morning sky, her mouth so perfectly full. I contemplate running my thumb over her lips before I kiss the salt off of them.

I swallow hard, my throat feeling closed up but I know it’s not from my cold. It’s from want and it’s from fear.

“What are you staring at?” she asks me, her voice shaking slightly. 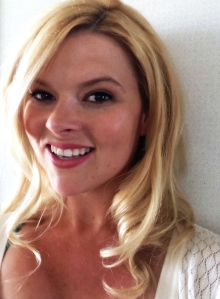 With her USA Today Bestselling The Artists Trilogy published by Grand Central Publishing, numerous foreign publication deals, and self-publishing success with her Experiment in Terror series, Vancouver-born Karina Halle is a true example of the term “Hybrid Author.” Though her books showcase her love of all things dark, sexy and edgy, she’s a closet romantic at heart and strives to give her characters a HEA…whenever possible.

Karina holds a screenwriting degree from Vancouver Film School and a Bachelor of Journalism from TRU. Her travel writing, music reviews/interviews and photography have appeared in publications such as Consequence of Sound, Mxdwn and GoNomad Travel Guides. She currently lives on an island on the coast of British Columbia where she’s preparing for the zombie apocalypse with her fiance and rescue pup.