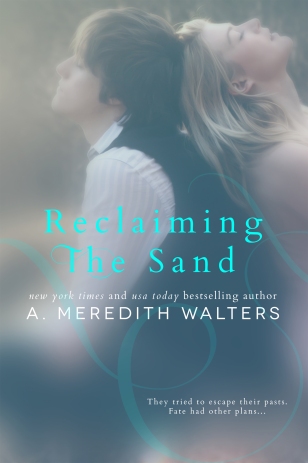 Bully and victim.
Tormenter and tormented.
Villain and hero.

Ellie McCallum was the bully. The Tormenter. The Villain. Taking what she wanted, stomping over anyone that got in her way. Feelings, futures, and relationships be damned. She felt no emotional connection to anyone or anything. A sad and lonely existence for a young woman who had come to expect nothing more for herself. Her only happiness coming from making others miserable.

Growing up, Flynn Hendrick was known only as “Freaky Flynn.” He lived a life completely disconnected even as he struggled to become something more than that boy with Asperger’s. He was taunted and teased, bearing the brunt of systematic and calculated cruelty, ultimately culminating in a catastrophic turn of events that brought Ellie and Flynn’s worlds crashing down.

But then Flynn and Ellie grew up.

Until years later when their paths unexpectedly cross again and the bully and the freak are face to face once more.

When labels come to define you, finding yourself feels impossible. Particularly for two people disconnected from the world who inexplicably find a connection in each other.

And out of the wreckage of their tragic beginnings, an unlikely love story unfolds.

But a painful past doesn’t always want to let go. And old wounds are never truly healed…and sometimes the farther you try to run from yourself the closer you come to who you really are.

Wow! This is my first time reading a book by A. Meredith Walters, and I am so, so impressed. I loved the writing, and although the hero and heroine were difficult to connect with, I loved their story, and I loved the depth of their characters. Reclaiming the Sand is a beautiful, heart-wrenching story about a girl who’s full of hate and anger finds love and forgiveness with the boy she leasts expects.

Ellie is, plain and simple, a shitty person. She’s a bully, she’s belligerent, and she’s been to jail. She was dealt a crappy hand in life, and she continues to make bad choices, but I never hated her. I got frustrated and angry with Ellie, but I never hated her for who she was. I was sympathetic–Ellie never once tried to make something of herself. She was resigned to having the same, crappy life, with the same, crappy job, and the same, crappy friends. But all that changes when she starts seeing Flynn Hendrick around town again, a boy she never thought she’d have to see again.

You see… Ellie bullied Flynn back in high school. She and her group of “friends” (who were all just really terrible kids) would make fun of “Freaky” Flynn, mess with him, hurt him, and make him cry. He was different than most kids, because he has Asperger’s syndrome. It’s a delicate subject that the author handled superbly–Flynn’s sad experience in high school is heartbreakingly real. And it’s even more heartbreaking to see that when Ellie wasn’t with her friends, she was kind with Flynn. When they were alone, Ellie cared about Flynn, but in public, she never did anything to defend him.

The book is told in both Ellie and Flynn’s POVs, but where Ellie tells the story of the present, Flynn tells the story of their past. And past and present collide when Ellie and Flynn see each other after six years, after Ellie was sent to jail. I became so sucked into Ellie and Flynn’s story, nevermind that I wasn’t a huge fan of Ellie’s. She’s real and harsh, with no regards for anyone, except for Flynn. Flynn is always her exception, and as they end up spending more time together, he breaks down the ice around her heart.

“I like being with you. I missed you,” Flynn said, surprising me. Of all the things for him to say, I had not expected that. It was such an innocent thing but it held so much weight.
He missed me.
After everything I had done to him.
He missed me.

It’s beautiful seeing two people who could not be more mismatched for each other fall in love. But it’s incredibly difficult for Ellie to fall in love with a man who has Asperger’s. It’s frustrating and heartbreaking for Ellie sometimes when things don’t go exactly how Flynn needs, but he’s the type of man who’s worth all the trouble. He’s pure, innocent, kind, and the quiet kind of supportive who Ellie knows will stand by her no matter what.

Flynn represents everything bad the Ellie ever did, and she has to come to terms with her past. And she does. Through her actions, she manages to change herself for the better. I loved reading Ellie’s progression, how she finds strength within herself to change and to deal with the past.

Reclaiming the Sand is a beautifully written story that should not be missed. It’s painstakingly real, but so worth the read.

“Flynn!” Dania called out, waving her arm over her head, trying to get his attention.  I didn’t want to look, but I couldn’t help it.

Flynn glanced our way and caught sight of Dania flinging her hand about.

He ignored her and I had to chuckle at my friend’s agitation.

“He is so rude!” she complained.

Before I could stop her, Dania was up and out of the booth, heading toward Flynn.  I got to my feet and hurried behind her.  The last thing I wanted was for her to cause a scene.  She had a short fuse these days and Flynn and his perceived disrespect would definitely trigger it.

“Freaky!  It’s so good to see you again!  Isn’t it, Ells?” Dania said, winking at me and biting her bottom lip so she wouldn’t laugh.

I felt like I had jumped into a time machine and transported back seven years.  Dania hadn’t matured much in the years since graduation.  In fact, since her pregnancy, I felt as though she had backtracked to near infancy.

She was playing schoolyard mind games and I didn’t want anything to do with it.

“Come on Dania, Emily’s going to be bringing us our food soon,” I used my best no nonsense tone in hopes she would listen.

“I just wanted to talk to Freaky Flynn.  We used to be buddies right?” Dania slung her arm around Flynn’s waist and he stiffened instantly.

“Don’t touch me,” he demanded, moving out of her hold.

“Come on.  I just want a friendly hug.”  Dania reached for him again and he threw his arms out to stop her, knocking over a napkin dispenser, sending it crashing to the floor.

The diner became deathly quiet.  Everyone was watching their exchange with vivid interest.

“Dania, enough!” I said, gritting my teeth.  Flynn’s normally placid face looked almost panicked.  He hated being touched.  Everyone that had ever interacted with him knew that.  And Dania most definitely knew that.  What was she trying to do?  This seemed so juvenile and beneath someone who was five months pregnant.

“Come sit with us, Flynn.  Let’s talk for a while,” she said, her voice smooth as honey.

Flynn shook his head and took a step backwards.

“You don’t like me.  I don’t like you.  I won’t sit with you,” he said firmly and I was sort of proud of him.  He was standing up for himself in a way he never had as a teenager.

Life had clearly taught him some harsh lessons.  And I was sure that Dania and I had been his teachers.

Dania frowned, taken aback by his blunt candor.  She looked at me and I shrugged.  Then she laughed, a high trilling sound.

“Well you don’t need to be a dick about it,” she huffed.  But I knew she wasn’t finished.  Dania didn’t take rejection well.  And she took public embarrassment even worse.

“Hold on, you have a piece of lint,” she said and reached up to swipe her hands across his face in a long, exaggerated gesture.  Flynn flipped out.  He lunged backwards so quickly he tripped over his feet and crashed into a table behind him.

There was a collective gasp but tried to help him.  Dania cackled in delight, covering her mouth with her hands, her eyes bright with malicious glee.  Flynn sat up, looking shaken.  His eyes were wide and I could see his hands trembling.

“Stop laughing at me!” he yelled, which only made Dania laugh louder.  His face was flushed red and tears dripped down his cheeks.

For a moment I stood there frozen.  Once upon a time I would have egged Dania on. Adding to his abject humiliation.

“You heard him, Dania, shut the fuck up.”  Without waiting to hear any more of her hate I leaned down on my haunches in front of Flynn.  I didn’t reach out a hand to help him up.  I didn’t invade his personal space.  I kept a healthy distance between us but I did meet his eyes.

And he didn’t look away. 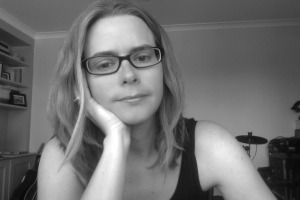 The New York Times and USA Today bestselling author of Contemporary and Paranormal romance including The Find You in the Dark series, Bad Rep and its upcoming sequel.

A. Meredith spent ten years as a counselor for at risk teens and children. First working at a Domestic Violence/Sexual Assault program and then later a program for children with severe emotional and mental health issues. Her former clients and their stories continue to influence every aspect of her writing.

When not writing (or being tortured with all manner of beauty products at the hand of her very imaginative and extremely girly 6 year old daughter), she is eating chocolate, watching reality television that could rot your brain and reading a smutty novel or two.

A. Meredith is represented by Michelle Johnson with the Inklings Literary Agency.