A Washington, DC, defense attorney, Stanton Shaw keeps his head cool, his questions sharp, and his arguments irrefutable. They don’t call him the Jury Charmer for nothing—with his southern drawl, disarming smile, and captivating green eyes, he’s a hard man to say no to. Men want to be him, and women want to be thoroughly cross examined by him.

Stanton’s a man with a plan. And for a while, life was going according to that plan.

Until the day he receives an invitation to the wedding of his high school sweetheart, the mother of his beloved ten-year-old daughter. Jenny is getting married—to someone who isn’t him.

That’s definitely not part of the plan.

Sofia Santos is a city-raised, no-nonsense litigator who plans to become the most revered criminal defense attorney in the country. She doesn’t have time for relationships or distractions.

But when Stanton, her “friend with mind-blowing benefits,” begs her for help, she finds herself out of her element, out of her depth, and obviously out of her mind. Because she agrees to go with him to The-Middle-Of-Nowhere, Mississippi, to do all she can to help Stanton win back the woman he loves. Her head tells her she’s crazy…and her heart says something else entirely.

What happens when you mix a one-stop-light town, two professional arguers, a homecoming queen, four big brothers, some Jimmy Dean sausage, and a gun-toting Nana?

The Bourbon flows, passions rise, and even the best-laid plans get overruled by the desires of the heart.

I’ve been a HUGE fan of Emma Chase’s ever since I read and loved Tangled – there’s no character quite as unique as Drew Evans. So when I heard Emma was coming out with a new series, I HAD to read it! Unfortunately, the romance wasn’t as up to par as I expected. While Overruled has the author’s fantastic writing and laugh-out-loud humor… what ruined the story for me was the hero of this book, Stanton. Drew may have been a jerk, but at least he was a lovable one – Stanton has no redeeming qualities in my eyes (well, except maybe his love for his daughter, but that’s it). I just could not get over how much I disliked Stanton, and that affected my enjoyment for everything else about this book.

Young love is strong. First love is powerful. But what you don’t know when you’re young–what you can’t know–is how long life actually is. And the only dependable thing about it, besides death and taxes, is change.

Stanton Shaw has been in love with the mother of his daughter since, well, forever. When Jenny got pregnant when they were teenagers, Stanton was ready to give up his full ride to law school for her, but she pushed him to leave their small town and follow his dreams. And so he did, with the promise that he would come back for his family one day. Ten years later, Stanton is now a successful defense attorney… but he rarely visits home. Stanton still claims to love Jenny, though those ten years apart were filled with women for him. Granted, both Jenny and Stanton agreed to an open relationship, but if he really loved Jenny, would he have slept with all those women?

At this point, learning about Stanton’s supposed ‘love’ for Jenny juxtaposing his history of women while they were apart, I was already not liking him very much. And the fact that upon receiving Jenny’s wedding invitation in the mail, he had the audacity to be angry at her? For marrying another man when he never visited home and slept with countless women? I couldn’t tolerate him. He expected Jenny to wait for him while he did whatever-the-fuck he wanted to in D.C. and I had zero respect for him.

Currently, at the time of the wedding invitation, Stanton is in a friends-with-benefits relationship with co-worker Sophia Santos. The fact that they were exclusive didn’t make me feel better though. I honestly couldn’t feel a connection between Sophia and Stanton – they did extremely well chemistry-wise, but the actual romance between them was lacking. It certainly doesn’t help that Stanton still believes he’s in love with Jenny for a large portion of the book – which was too long for my taste. I really didn’t expect to read a book where the hero is hung up on another woman for a majority of the book. I had hoped that Stanton would open his eyes early on in the book and see that the woman who was meant for him was right in front of him this whole time. Sadly, Overruled failed in that regard.

Now, Sophia I like more than Stanton, but only just slightly. I liked her in the beginning – she showed promise of being a tough yet likable heroine. But in the end, she became more of a doormat than anything once she agreed to ‘help’ Stanton win back the love of his life. Sure, Sophia never expected to fall in love with Stanton, but I was expecting this strong woman, once she realized her true feelings, to step up and fight for the man she loves. I also wanted Sophia to get fed up with Stanton sooner than she did when he continued to try to win back Jenny.

I might have hated this book based on Stanton and Sofia’s characters alone, buuuut, I have to admit I enjoyed reading Overruled when I wasn’t thinking about the romance. Emma Chase writes humor so well that I ended up laughing a lot, despite my dislike for the characters. Still, the romance was a bitter disappointment. I can see that the author tried to do something different, contrasting first loves versus last loves, but this just wasn’t a satisfying read.

I still love Emma Chase and her writing, and I actually am very much looking forward to the other two books in the series about Stanton’s friends, Jake and Brent. They show a LOT more promise that Stanton and I’m praying they won’t disappoint! 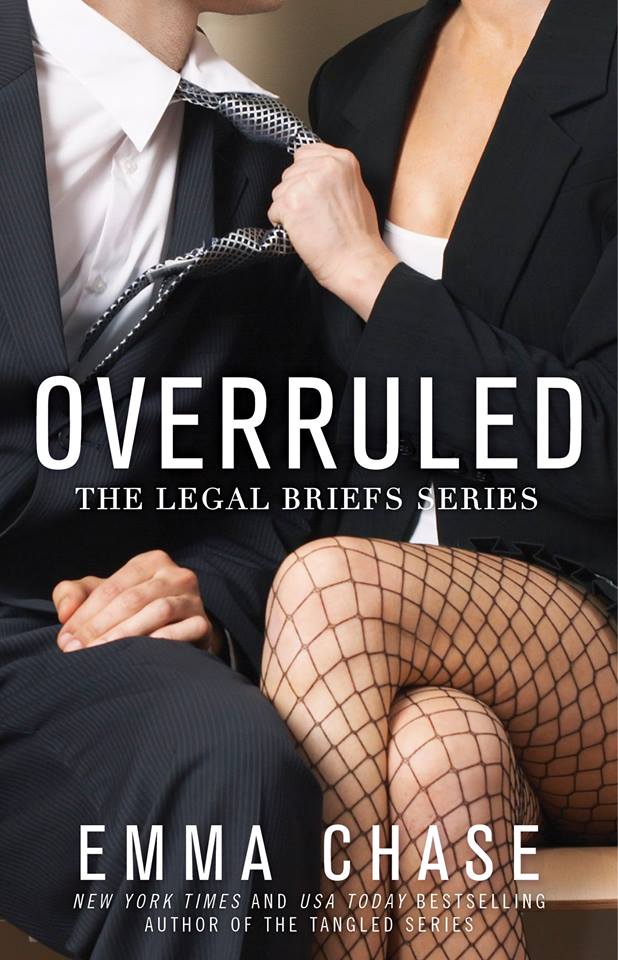 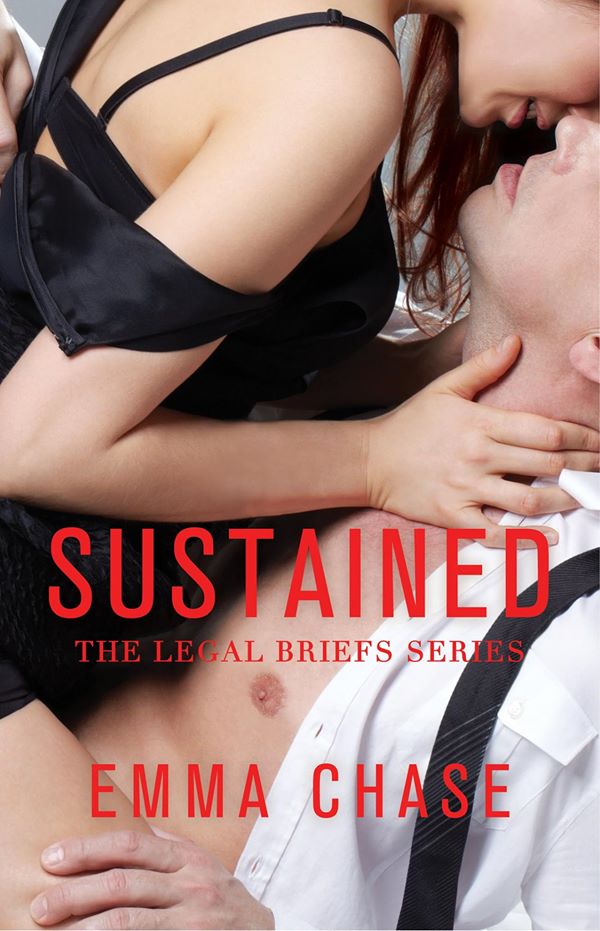 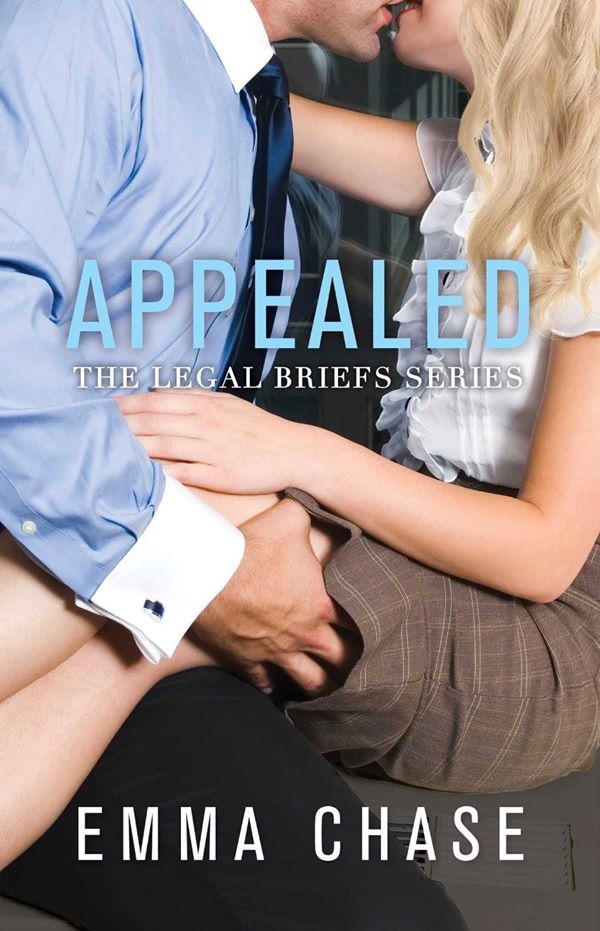 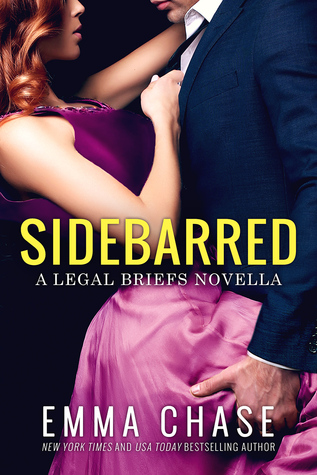