Welcome to today’s stop on the blog tour for Jesse’s Girl by Miranda Kenneally! 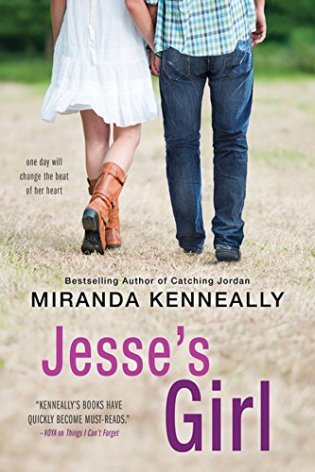 It’s been a while since I’ve read a young adult book, but what better way to go back to the YA contemporary genre than by reading a Miranda Kenneally book? I really enjoyed Jesse’s Girl – it’s a super sweet, fun romance that fans of the series shouldn’t miss.

I loved that Jesse’s Girl is about Maya, Sam Henry’s little sister. We get to see a lot of Sam and Jordan (from Catching Jordan), which I was so happy about, because I adored that book. Maya is a high school senior who is passionate about music. She loves to play the guitar and sing (though she’s more talented at playing the guitar than singing), but when she gets dumped by her band and crush, she’s left feeling devastated. The one thing that makes her feel better is the fact that she’ll be ‘shadowing’ eighteen-year-old country star and heartthrob Jesse Scott, but things don’t go as well as Maya thought it would.

I was so excited about the opportunity to spend time with a famous musician, but Jesse Scott is a certified country-boy ass.

Jesse is rude to Maya, thinking that she’s just another ‘fan’ of his who only wants to use him. After being the in music industry for so long, he’s tired of all the fake people and wants to retire and focus on his family. So Maya is a refreshingly different to Jesse, though he’s still reluctant to mentor someone. He decides to change things up a bit and have a sort of Ferris Bueller’s Day Off kind of day with Maya. And the more time they spend together, the more they get to know each other, and know themselves as well.

The romance developed slowly – Maya and Jesse are both the wary kind of people, but they slowly break down each other’s walls. I liked reading about their adventures, their deep conversations, and how they slowly fell for each other. They both connect so well with music and they bond easily over it.

I felt like Jesse’s Girl was a bit too short – the pages flew by and when I got to the end, I was left wanting for just a little more. It’s a quick, easy read with not much drama, but it was still a lot of fun to read. It’s not my favorite of the Hundred Oaks series (that one would be Breathe, Annie, Breathe) but it was definitely a worthwhile, sweet read about chasing your dreams and falling in love. I highly recommend this for fans of the series! 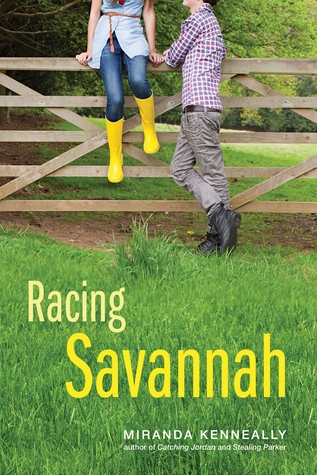