I Wish You Were Mine by Lauren Layne
Series: Oxford #2 (full reading order below)
Publication Date: February 2nd 2016
Links: Ebook • Audible • Goodreads
Source: I received an ARC from the publisher in exchange for an honest review

Perfect for fans of Alice Clayton and Emma Chase, Lauren Layne’s Oxford series heats up in this story of forbidden desire as a brooding jock hoping for a comeback falls for a woman who’s strictly off-limits.

A year ago, Jackson Burke was married to the love of his life and playing quarterback for the Texas Redhawks. Now he’s retired, courtesy of the car accident that ruined his career—and single, after a nasty scandal torpedoed his marriage. Just as he’s starting to get used to his new life as a health and fitness columnist for Oxford magazine, his unpredictable ex shows up on his doorstep in Manhattan. Jackson should be thrilled. But he can’t stop thinking about the one person who’s always been there for him, the one girl he could never have: her younger sister.

Mollie Carrington can’t say no to Madison. After all, her older sister practically raised her. So when Madison begs for help in winning her ex-husband back, Mollie’s just glad she got over her own crush on Jackson ages ago—or so she thought. Because as Mollie reconnects with Jackson, she quickly forgets all her reasons to stay loyal to her sister. Tempted by Jackson’s mellow drawl and cowboy good looks, Mollie is sick and tired of coming in second place. But she can’t win if she doesn’t play the game.

I’m a huge Lauren Layne fan – she is definitely a go-to author for feel-good, funny, entertaining contemporary romances. I’d been looking forward to reading I Wish You Were Mine ever since reading Irresistibly Yours, even though the blurb had me feeling a bit nervous. But I never should’ve doubted Lauren – while this book isn’t my favorite of hers, it’s still a sweet, heart-warming story. If you have worries about Jackson’s ex-wife, you absolutely shouldn’t – her character didn’t impede on Jackson and Mollie’s romance like I thought she would!

After an accident that causes him to lose his ability to play football, Jackson has a job he hates and an ex-wife who left him for another man. He has nothing going for him anymore… except Mollie, his ex-wife’s little sister. The one who has always been his friend, who has always been there for him when he was going through the rough times in his marriage, the one who he’s always been able to lean on. But seeing her now, all grown up as a beautiful, successful woman, Jackson wonders if he married the wrong Carrington sister after all.

Mollie has been in love with Jackson since forever, but since he was always classified as her sister’s man, he was off-limits. But now that he’s single, and has offered her to room with him in his apartment, all the feelings she once felt come rushing back, as if they never left. Still, she worries about betraying her sister, who raised her when their parents died. Can Mollie find it in herself to pursue the one man she’s always wanted, or will her loyalty to her sister hold her back from having the love of her life?

I adored Jackson and Mollie together. I love friends-to-lovers romances, so of course I enjoyed this book. I loved the history these two characters had between them, how the chemistry simmered until they finally couldn’t help but fall in bed with each other (and they are HOT together!). They are so sweet and wonderful, definitely meant to be, but they have to first get over obstacles that prevent them from together.

“You are your own woman, and you are a woman, Mollie. You’re not a kid. You’re not a girl. And if I’ve been a complete asshole lately, it’s because I’m having a hell of a time coming to grips with the fact that I want you. And fuck, Mollie, I want you. I want you so bad, I’m dying.”

I don’t really like reading romances that involve hero’s exes, because sometimes I get worried about the hero’s loyalty to the heroine. But I absolutely shouldn’t have worried at all about Jackson and his ex-wife. Madison is a total bitch, and Jackson knowns that the woman he thought he loved never really existed. He is 100% done with his ex-wife, which I definitely appreciated.

The main reason why I didn’t fully LOVE this book was because I do wish there had been more romance. We get plenty of Jackson and Mollie as friends and as something more than friends, but we never really see them TOGETHER. As in, in a relationship. If that had been expanded upon more rather than in just the epilogue, I’m sure I wouldn’t hesitate to love the book. I also hated Madison whenever she popped up in the book, but I was expecting that, so it wasn’t too bad.

I may not have loved I Wish You Were Mine, but it was still a thoroughly enjoyable read. The humor, the writing, Mollie and Jackson’s characters, I loved them all. It’s not as light-hearted as the previous Lauren Layne books I’ve read are, as there is some angst and tension, but if you’re a fan of the author, you won’t want to miss this book! You get to see a lot of the Oxford/Stiletto gang as well – right now I’m dying to read Lincoln’s story! 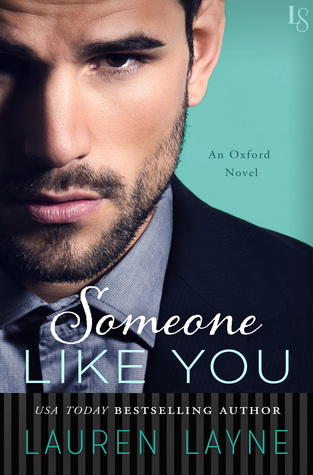