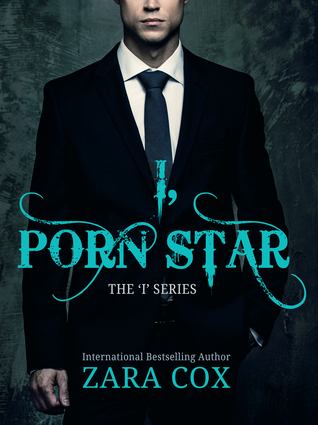 My name is Quinn Blackwood:

Oh, did I mention I’m an asshole? Fuck yeah. According to my shrink, I’m one twisted motherfucker. And that’s just the way I like it. Until she walks into my life…

My name is Elyse Gilbert, nicknamed ‘Lucky’ because according to my dad, I’m the unluckiest person alive, and I’ll die the same way I came into the world: naked, screaming, and dirt poor.

But now my past has caught up with me.

Quinn is… messed-up, to say the least. He’s got daddy issues, mommy issues, and a plethora of other kinds of issues that have made him the man that he is today, so while he’s an interesting hero, he’s not one that I loved. There are just too many cringeworthy things he does in the novel that prevented me from loving him as a hero. I can tell the author was trying to write him as some dark, mysterious man with a painful past, but the way she portrayed him did not endear him to me at all. I want something redeemable in the hero when I read a romance, but it was took too long for Quinn to be redeemed in my eyes.

The main thing that prevented me from loving this was the fact that there were just TOO many things going in the book. I nearly couldn’t keep track of all the secrets Quinn and Lucky were hiding, there was so much going on. All the side stories took away from the romance, which was all I really cared about. This book is fast-paced, but I really wish the characters had more time to develop that didn’t include any action or suspense. I liked Zara Cox’s writing, but it was also a little all over the place as well. I’m not sure I could handle another book of hers if they’re all like I, Porn Star, but I’m intrigued to see what else she’ll be writing for this series.