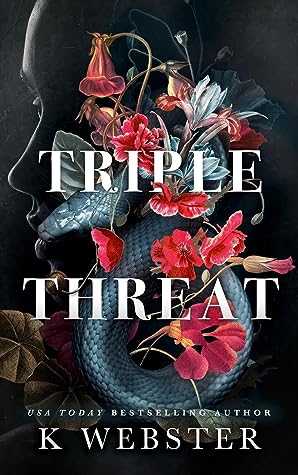 I’m a prisoner in a prestigious world.

A perfect princess locked in a tower.

My father will never let me go.

Not that I could leave. I would never abandon my little sister. Hope comes in the form of a devilishly handsome man with dark eyes and darker secrets.

With each encounter, I’m lured deeper into the labyrinth. The danger lurking beneath his surface calls to me, even as it warns me away.

Except there’s a new side of him every time we meet. A different danger each time we touch. It’s as if three different men want to devour me.

I couldn’t believe when K. Webster announced she would be writing a romance for the Terror Triplets from the Cinderella Trilogy. They were nasty, spoiled bullies – but was I still going to read their book? Absolutely.

I shouldn’t have doubted K. Webster because Triple Threat was so good! It’s a reverse harem romance with a heroine and three identical triplet heroes. The Mannford boys have grown up now and they’re not as spoiled and bratty. Sparrow, Scout, and Sully kind of work for the mafia but all they want to do is escape so they can live their own lives. Their uncle gives them one last assignment before they can be free – dupe the daughter of a tech billionaire into believing they’re one man and get close to her so they can find out her father’s secrets.

Landry may come from a rich family, but she lives in terror because of her abusive father. She wants to escape but she stays for her younger, deaf sister to protect her. Landry has never gotten close to anyone but she finds solace in a new, gorgeous classmate named Ford… who at times seems like he has a split personality.

I enjoyed this reverse harem romance so much! Each triplet clearly has his own personality and way of being with Landry, but I still fell for all 3, though I’m going to need more when it comes to the craziest brother, Scout. Landry was a strong heroine who I really felt for. I was on the edge of my seat reading this, just waiting for the moment when Landry would find out the truth about the brothers.

This is the first book in a duet and I am dying for Death Wish already. You can see the cliffhanger coming but it still killed me. Triple Threat is hot but not as steamy as I would expect from this author so hopefully we get more in the sequel! 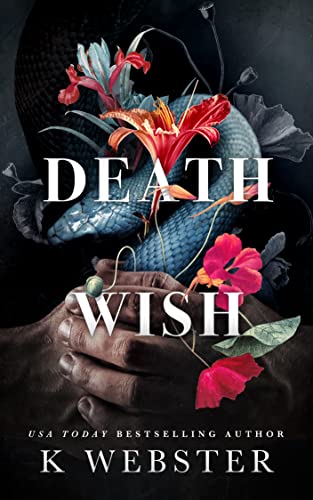