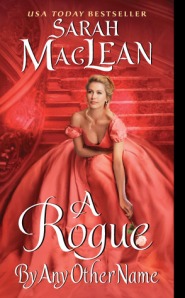 A decade ago, the Marquess of Bourne was cast from society with nothing but his title. Now a partner in London’s most exclusive gaming hell, the cold, ruthless Bourne will do whatever it takes to regain his inheritance—including marrying perfect, proper Lady Penelope Marbury.

A broken engagement and years of disappointing courtships have left Penelope with little interest in a quiet, comfortable marriage, and a longing for something more. How lucky that her new husband has access to such unexplored pleasures.

Bourne may be a prince of London’s underworld, but he vows to keep Penelope untouched by its wickedness—a challenge indeed as the lady discovers her own desires, and her willingness to wager anything for them… even her heart.

In this case, Michael, Marquess of Bourne, and Penelope were best friends when they were younger. But then Michael loses a bet, losing everything he owned–his inheritance, his house, his land–and he leaves. He deserts Penelope, who is crushed. Years pass without Michael ever contacting Penelope, and she becomes engaged to another. This ends in a disastrous scandal, leaving Penelope’s reputation in ruins. Her family is desperate for her to marry, and so her father adds in Michael’s lost land into her dowry to attract a husband.

Michael, now known only as Bourne, is one of four owners of a gaming hell known as The Fallen Angel, and is very successful. He has rebuilt his fortune, his name, yet he never forgot the day the lost everything, the day he promised to take back what was lost and vowed revenge against the man to stole everything from him. And he starts by forcing Penelope into marriage–with him. Now the two have to pretend they are over the moon about each other, that they have truly achieved a love match, and have to prove to society they didn’t marry because of certain circumstances (which of course they did). And throughout their entire farce, when Michael is a loving husband in public, Penelope can’t help wondering, is Michael acting? Or does he maybe, truly, have feelings for her?

I really enjoyed the writing, but the characters were harder to like. Penelope was a bit hard to connect with, and Michael is very much a class A jerk to Penelope. He’s cold and heartless and ruthless, and he’ll let nothing stand in the way of his revenge, even his old friend Penelope. Penelope still has some feelings for the boy who left her, but the man who’s with her now is completely changed, and she doesn’t know how to feel about that. I started liking them better later on in the book, when the tension between them gets more intense. And WOW does it get intense! *fans self*

Michael feels guilty for how he treats Penelope, but that doesn’t excuse his treatment of her. And somewhere along the way, feelings come rushing back in, and he’s in a dilemma. If he wants Penelope, he has to give up his quest for revenge. But if he wants his revenge, he gives up love and the only person who ever meant anything to him. And here’s where I started really enjoying the book. The angst for Michael is so well done! My heart was aching for him and Penelope, because neither knows whether their marriage could ever be real. They each have their faults, and aren’t sure if they really can love each other. Michael kept disappointing Penelope, and there were too many lies and deceits, but I was really cheering for them to have a HEA. Because I’m just a sucker for a couple who were best friends as children. They need to have a HEA!

There were several Awww moments that made my heart flutter when Michael realizes that wants more with Penelope. And I loved when Penelope grew more confident in herself. She may not be the most beautiful girl, or the most special, but she’s stubborn, clever, and loves Michael a hell of a lot.

This wasn’t the most perfect book, but it definitely made me happy with what I chose to read to satisfy my historical romance craving. The characters got better over time, and I’m such a fan of Sarah MacLean’s writing. And I loved all the letters between young Penelope and young Michael interspersed between the chapters! They were SO cute! Highly recommend this book for romance lovers!

The British nobility hierarchy (this is more for my personal reference for the names and forms of address, and it’s not exactly very elaborate, but oh well!):

I read A Rogue by Any Other Name and One Good Earl Deserves a Lover back to back, so be on the lookout for my review of the second book! 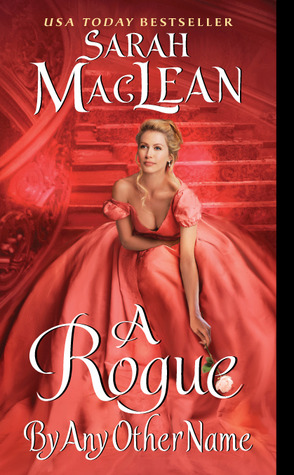 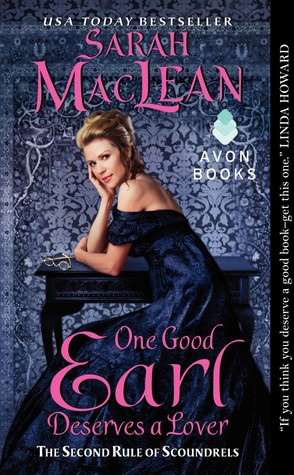 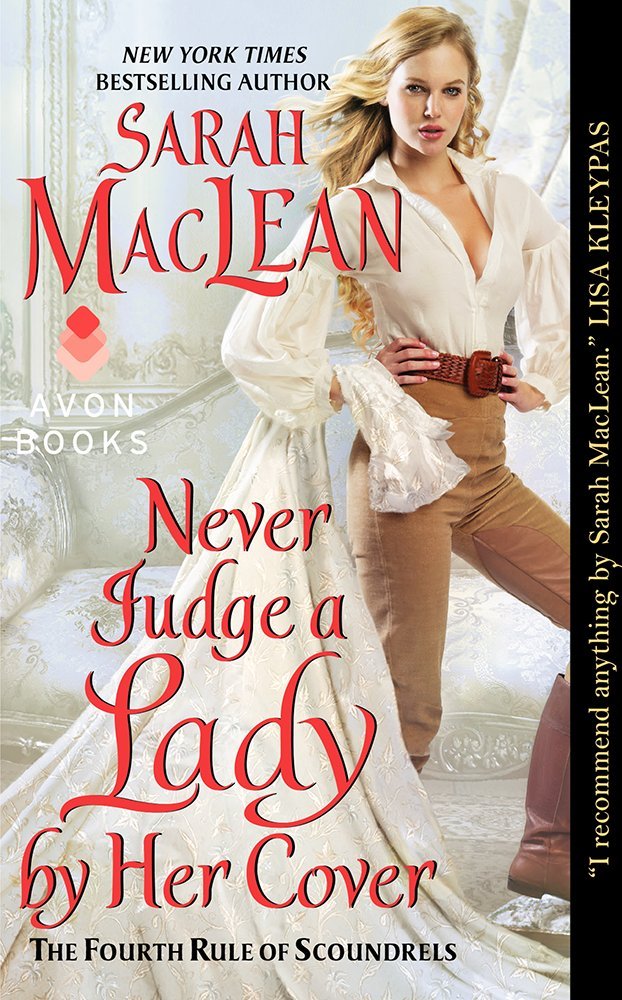