Amara Maria Robles is a good girl. So good that she gave up her dreams of becoming a renowned pastry chef to help her parents with their struggling Mexican bakery. Yet her parents reject any changes she suggests, and refuse to sell her mouth-watering confections. Clearly being a good girl isn’t paying off. So when her brother’s sexy ex-best friend walks into the bakery, Amara’s tempted to be very bad indeed…

After a scandal twelve years ago, resident bad boy Eric Valencia has returned to make things right with his family and friends. One glance at Amara and her wicked curves, however, and Eric finds himself thinking about how she’d feel beneath him—something he promised Amara’s brother he would never think about, let alone do.

But this bad boy is in deep trouble…because Amara’s determined to have her cake, and Eric, too.

Delicious Temptation was a less-than-stellar read for me. It wasn’t bad, but it wasn’t very good either. I grew easily bored at times, and even got a little frustrated with the characters, but thankfully I never actually hated any of it. This book was just too predictable, although I did love the cupcakes/bakery aspect of the story. The heroine being a pastry chef brought a unique twist to the story, but the characters themselves were not as enjoyable for me.

Eric Valencia has come back to his home to fix the wrongs he made twelve years ago. A recovering alcoholic and former bad boy, Eric had great potential to be the kind of hero who overcomes his past and fights for his future. While I liked his character slightly more than the heroine’s, I still struggled to connect with his character. I normally love the older brother’s best friend trope (in this case, he’s the older brother’s ex-best friend) but I just didn’t get excited over Eric and Amara falling for each other.

Amara was a character who I honestly just didn’t like by the end of the novel. She’s a pastry chef who leaves her job to go back home to help out with her parents’ struggling bakery, and she has no backbone whatsoever. She does what she’s told to by her parents, and when she tries to state her opinion, she gets shot down and doesn’t stand up for herself. She’s a grown adult and yet she’s still allowing her parents to control her. Of course, she breaks out of that once she sees Eric again and they spend more time with each other. But by the time she finally does take a stand against her parents, I was already bored of her character.

The only redeeming things about this book were the writing and the actual bakery. I really enjoyed the writing, so it was disappointing that I had a hard time liking the characters. I was fascinated by all the Mexican baked goods Amara made, and I was impressed by how well the author described them.

If you’re a fan of the older brother’s best friend trope, you might have a better time with this book than I did. I’m definitely still open to reading other books from Sabrina Sol, since I like her writing, but I just struggled too much with the main characters. 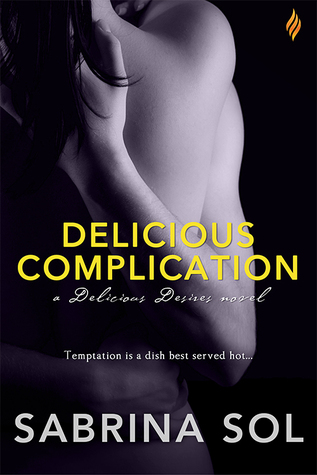