In this sequel to the bestselling fantasy thriller, Angelfall, the survivors of the angel apocalypse begin to scrape back together what’s left of the modern world.

When a group of people capture Penryn’s sister Paige, thinking she’s a monster, the situation ends in a massacre. Paige disappears. Humans are terrified. Mom is heartbroken.

Penryn drives through the streets of San Francisco looking for Paige. Why are the streets so empty? Where is everybody? Her search leads her into the heart of the angels’ secret plans where she catches a glimpse of their motivations, and learns the horrifying extent to which the angels are willing to go.

Meanwhile, Raffe hunts for his wings. Without them, he can’t rejoin the angels, can’t take his rightful place as one of their leaders. When faced with recapturing his wings or helping Penryn survive, which will he choose?

*There will be spoilers for those who haven’t read Angelfall!*

Susan Ee does it again! I fell in love with World After, and with Penryn and Raffe all over again. Oh, how much I love this series. Angelfall was absolutely genius and World After doesn’t disappoint. It’s got everything that I loved in Angelfall–a kickass heroine, a fascinating world, a badass, swoony angel, and an intensity that hooks you in and blows your mind.

After I read Angelfall, I wanted to get my hands on World After so freaking bad, but nope, I had to wait nearly a year for it to release. And Angelfall having a cliffhanger that nearly killed me certainly didn’t help with the wait. But now.. the time has come. I’ve finally read World After, and all I can say is… I WANT MORE. I loved World After, but I couldn’t believe it when I finished. I never wanted it to end. It was gorgeously written, and the characters are so real and relatable (I’m excluding the angels of course). The only bad part about World After was that it didn’t have Raffe in it as much as I’d have liked.

Alright, listen up. If you’re expecting World After to be a romance where Penryn and Raffe end up happily ever after–don’t. Because in the devastating world they live in, you don’t get happily ever afters, especially if you’re an angel and a human. As much as you wish they’d get together…

“Stay with me,” says a familiar masculine whisper from above my head. Even over the yelling of the mob and the roaring of the waves, something unfurls in my chest at the sound of that voice.

Sniffles. Yeah, okay I’m one of those readers who want Raffe and Penryn to have their own HEA, but I’m still perfectly content with the way Susan Ee is taking their story. World After mainly focuses on Penryn and her sister, Paige. Paige is an abomination now and Penryn doesn’t know how to deal with that. She’s terrified that Paige has lost her humanity, but it’s clear that Paige is frightened and terrified of what she’s become. Paige is run off by those who only see her as a monster, and once again, Penryn goes out in search for her.

I love Penryn. She’s awesome and kickass and fiesty and protective of those she loves. And she’s hilarious. I found myself laughing just as much as I did in Angelfall because of her. Penryn’s tough and brave, and she’s not afraid to go after Paige. She has to deal with killer angels and nasty, scorpion-like creatures, one of which had almost killed her at the end of Angelfall, leading Raffe to believe she died, and it’s so gripping and exhilarating to read. I was always at the edge of my seat, worried for Penryn and how she’d get out of situations alive.

As for Raffe, he’s still searching for his wings. His bat wings have caused the other angels to shun him, and he’s out for revenge on Beliel, the angel who stole his wings. We get glimpses of his past through his sword, which Penryn has, but unfortunately, Raffe doesn’t have a big part of the book until later on. And oh. my. goodness. I was squealing so hard when he and Penryn finally see each other again. I mean, come on, Raffe thought she was dead, and he was devastated over it. And it was such a relief to see them together again. They honestly belong with each other. They’re perfect together, they work well together, and their bantering is always so hilarious.

Okay, one more for the Raffe fans:

“Let go,” I say into his ear. Raffe holds me tighter like there’s no room for discussion.

World After is an incredible sequel to Angelfall. The ending isn’t nearly as bad as Angelfall’s, thank god, but I’m still eagerly awaiting the third book. I’m not sure if the series is a trilogy or not, but please Susan Ee, don’t make me wait long! This series is an absolute favorite, and I can’t recommend it enough! 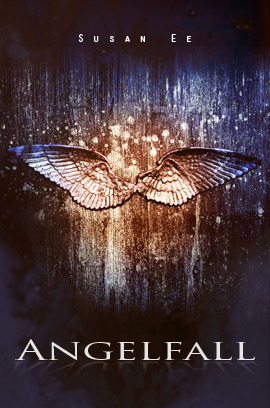