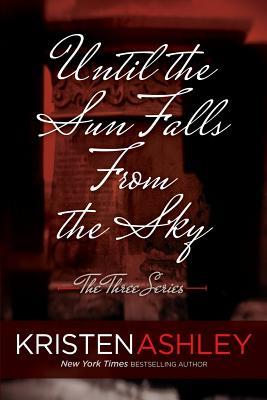 Until the Sun Falls from the Sky by Kristen Ashley
Series: The Three #1 (full reading order below)
Audiobook Publication Date: August 9th 2016
Length: 16 hours and 26 minutes
Narrated by: Abby Craden
Links: Audible • Ebook • Paperback • Goodreads
Source: I received an audiobook in exchange for an honest review

Lucien has been living under the strict edicts of the Vampire Dominion for centuries but he’s tired of these ancient laws stripping away everything that is the essence of the vampire.

So he’s taking it back.

And this is because Lucien has been watching and waiting for decades for Leah to become available for a Selection and he will not be limited with what he can do with her. He will have her, all of her.

Therefore, Lucien is going to tame Leah, even if he gets hunted and killed for doing it.

What neither Leah nor Lucien expects is the strong bond that will form between them, connecting them on unprecedented levels for mortals or immortals. And what will grow between them means they will challenge their ways of life and their union will begin The Prophesies which makes them one of three couples who will save humanity… or die in the effort.

I am always so easily charmed by Kristen Ashley’s audiobooks, especially ones of books that I’ve already read, because she always finds the best narrators for her incredible stories. Abby Craden is a new-t0-me narrator but her narration for the heroine of Until the Sun Falls from the Sky is so on point. She was so enjoyable to listen to! If you love listening to the audio versions of books you loved, like I do, Until the Sun Falls from the Sky is one that I highly recommend. The narrator does the story complete justice. And if you’ve never experienced the fascinating paranormal world of The Three series, you definitely need to use your credit on this one!

Leah Buchanan comes from a long line of highly-esteemed vampire concubines, people who serve vampires for a period of time by providing them with blood and receive lavish compensation in return. Vampire sugar daddies, anyone? Despite how OTT this kind of thing is, I still found myself fascinated by this paranormal world and the characters, both vampire and human. At Leah’s first Selection, where vampires get to choose their concubine, she is chosen by the one and only Lucien, the most powerful of all vampires. But Leah isn’t happy about being chosen by the most highly-respected vampire of all-time – she wants nothing to do with vampires, and she won’t give in to capitulation to Lucien so easily, no matter how alluring and addicting he is.

Leah is strong, independent, and courageous – I loved how she was never afraid to stand up to Lucien, even though he could rip her in two without a thought. Lucien is… a giant jerk. At least in the beginning. He’ll stop at nothing to have Leah, completely submitted to him, and he’ll seduce her to get her to yield. He’s a little overbearing and very much a dominant alpha-male – but once you start to understand his feelings for Leah, things don’t seem as bad. He’s been waiting twenty years to have her, so his possessiveness and over-protectiveness is a little warranted. And once they’ve fully fallen for each other, your heart will definitely want to melt – these two are utterly perfect for each other!

Besides Leah and Lucien’s fascinating, addicting romance, there’s also a larger story that connects them to the future couples of The Three series. So if you’re going to get this first book, just be prepared to want to get the rest. And like I said before, Abby Craden does a wonderful job of bringing this book to life. Her dialogue of Lucien did get a little monotonous, but it was easily forgivable when everything else was narrated perfectly. I’m excited to listen to more of her in the final book of the series, because I seriously loved this audiobook!

UNTIL THE SUN FALLS FROM THE SKY is now available on Audible: http://amzn.to/2bvrAQh 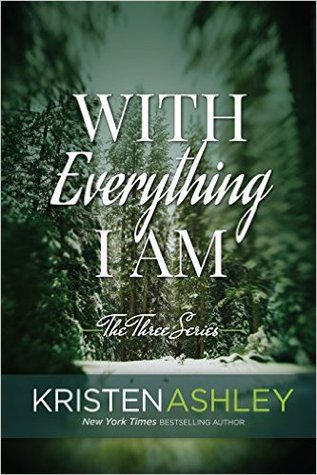 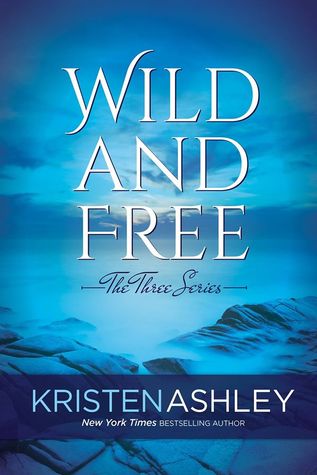 Here’s an audio excerpt from Until the Sun Falls from the Sky!