Settling the Score by R.S. Grey
Series: The Summer Games #1 (full reading order below)
Publication Date: May 2nd 2016
Links: Ebook • Paperback • Audible • Goodreads
Source: I received an ARC from the author in exchange for an honest review

As an Olympic rookie, Andie Foster has spent far more time in her cleats than between the sheets. For 21 years, her Friday nights have consisted of blocking shots rather than taking them. But now that she’s landed in Rio, she’s ready to see for herself if the rumors about the Olympic Village are true:

As Andie walks the line between rumor and reality, she’s forced into the path of Frederick Archibald, a decorated Olympic swimmer and owner of a sexy British accent–too bad he’s unavailable in a way that “it’s complicated” doesn’t even begin to explain.

In other words: off limits.

It doesn’t matter that he has abs that could bring peace to the Middle East and a smile that makes even the Queen blush; Andie fully intends on keeping her focus on the soccer field. But the Village is small. Suffocating. Everywhere Andie goes, Freddie happens to be there–shirtless, wet from the pool, and determined to show her a whole new meaning of the phrase “international affairs”.

I’m a sucker for sports romances!!! I absolutely adored R.S. Grey’s previous one, Scoring Wilder, so when I heard there would be a spinoff, I couldn’t wait to get my hands on it! And then I saw the gorgeous cover and needed it even more. Settling the Score is the first book in the brand new The Summer Games series, and I have to say, I think it might be my favorite R.S. Grey book yet. There was something so fun and fresh about it – I started it early one morning and finished it hours later the same day, I was THAT hooked onto it. If you love sports romances or if you loved Scoring Wilder, I highly recommend you give Settling the Score a try!

Soccer goalie Andie Foster has made it to the top – she’s playing for Team USA in the Olympics, and she’s dying to win the gold. She has no time for men, wanting to focus on her soccer career, but on her very first day in Rio, she sees the gorgeous Frederick Archibald. He’s British, the most decorated Olympic swimmer, a duke… and did I mention gorgeous? Andie tries to stay away from him, because she knows he’ll be a terribly good distraction, but as their paths cross again and again, their chemistry gets hotter and hotter, and soon enough, they can’t resist each other. Except there’s one pesky thing… Freddie is supposedly engaged to someone already.

Freddie was thrust into dukedom when his older brother died, and he’s been trying to hold off on all responsibilities ever since. His mother also forced an engagement on him, one he’s hasn’t accepted and won’t to go through with, and that decision only solidifies when he gets to know Andie. She’s unlike any other woman he’s ever met – she’s easy-going, adorable, and so dedicated to her sport. They have a wonderful connection that makes it so easy to fall for one another, even when they shouldn’t.

To the world, she was Andie Foster, beautiful American girl ready to take on the world. … To me, she was more.

I. Loved. These. Two!!! Freddie and Andie are ridiculously sweet and adorable together. There’s so much tension between them since they can’t really be together, but when they ARE together, it’s the most heart-warming thing. I fell so hard for their characters and their lovely romance – these two are definitely meant to be together, and I was rooting for them so hard even when things turned sour.

Andie is a wonderful heroine, strong, independent, and hilarious. If you’ve read Scoring Wilder, then you should know that Kinsley, Becca, and Liam play a big role in Andie’s life. Kinsley and Becca are also HILARIOUS – this book isn’t as funny as Scoring Wilder, but I still giggled a bunch whenever the soccer duo appeared on the page. And Freddie – oh my god. He’s perfect. He’s not a manwhore, he’s not ridiculously alpha – he’s just a dedicated athlete who’s thrust into a role he never wanted to be a part of. Then he falls SO hard for a girl, and I swooned every time he opened his mouth. I loved the way Freddie was with Andie!

I stood and dragged my hand over her chest and pressed it down against her rapidly beating heart.
“This heart, Andie…”
She let go of her bottom lip and inhaled a shaky breath.
“I want this heart all for myself.”
“Freddie…”
I didn’t give her time to push me away. “This smile. This is what unwound me. I’m powerless when it comes to this smile.”

R.S. Grey wrote the perfect balance of sports and romance in Settling the Game. I loved that it was dual POV and that we get both Andie and Freddie’s perspectives. I really have no complaints about it, besides the fact that I hated Freddie’s ‘fiancée.’ Seriously, this book is just wonderful! Fun, flirty, and sexy, it’s definitely a top rec for sports romance lovers. Now I’m dying to read the next Summer Games novel! 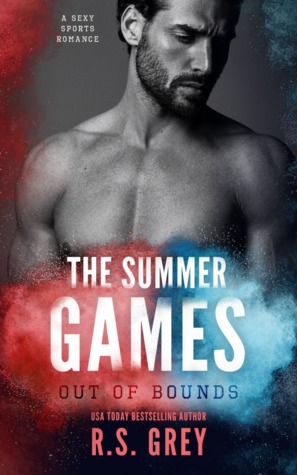 The Summer Games is a spinoff of Scoring Wilder, whose main couple are secondary characters in Settling the Score. Check out Scoring Wilder for another fantastic standalone soccer romance – featuring Kinsley and her coach/forbidden love Liam! 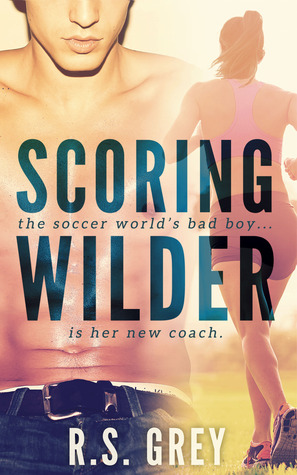