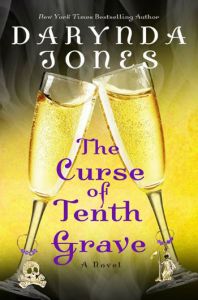 If one door closes and another one opens,
your house is probably haunted.
—Bumper Sticker

As a Part-time PI and fulltime grim reaper, Charley Davidson has asked a lot of questions throughout her life: Why can I see dead people? Who is the hot supernatural entity following me? How do I get gum out of my sister’s hair before she wakes up? But, “How do I trap not one malevolent god, but three?” was never among them. Until now. And since those gods are on earth to kill her daughter, she has little choice but to track them down, trap them, and cast them from this dimension.

There’s just one problem. One of the three stole her heart a very long time ago. Can the Razer, a god of absolute death and destruction, change his omniscient spots, or will his allegiances lie with his brothers?

Those are just a few of the questions Charley must answer, and quick. Add to that a homeless girl running for her life, an innocent man who’s been charged with murdering the daughter of a degenerate gambler, and a pendant made from god glass that has the entire supernatural world in an uproar, and Charley has her hands full. If she can manage to take care of the whole world-destroying-gods thing, we’re saved. If not, well…

Those are just some of the questions Charley must answer, and quick. Add to that a homeless girl on the run for her life, a man who’s been framed for murdering a woman who is still very much alive, and a pendant made from god glass that has the entire supernatural world in an uproar, Charley has her hands full. If she can manage to take care of the whole world-destroying-gods thing, we’re saved. If not, well…

I love love love the Charley Davidson series!! I don’t know how Darynda Jones does it, but the humor in this series is flat-out phenomenal – without doubt, she writes the FUNNIEST books I’ve ever read. So if you love humorous paranormal/urban fantasy books, you should definitely read this series, if you haven’t already.

The Curse of Tenth Grave is another fantastic installment to the series, and it’s a must read for those who’ve been keeping up with Charley and the gang. So much goes on here and so many things about the characters are revealed – THIS was the book I’d been waiting for ever since we found out the truth of what Charley was. I wanted answers, and I got them in Tenth Grave.

Charley has gained her memories back, which means PI Charley is back, too! The fun- and trouble-filled mystery that we love that Charley and the gang get into is back in the game, and this time, Charley has to balance her PI side (helping a homeless girl with a curse and solving a murder) with her paranormal side (trapping a dangerous god), all while trying to fix some marital issues with Reyes. No big deal, right?

Given that the last book was so romantic, I was surprised that Charley and Reyes had some problems. But since they’re both keeping secrets from one another, it’s inevitable that they’d bump into a few problems in their marriage. Plus with everything going on with Beep, it’s a very trying and emotional time, though I had faith that these two would work it out together. And trust me, this couple comes out stronger in the end because of it.

“What other secrets are you hiding behind those sparking eyes?”
He grinned. “You have my heart. That’s where I had all my secrets.”
“Then I guess I don’t have the key.”
“Are you kidding? You forged the key.”

The Curse of Tenth Grave isn’t another filler installment – it’s packed with plot and revelations, I nearly couldn’t keep up. It’s another fantastic, fast-paced, hilarious book in a series I adore. Darynda Jones seems to never disappoint, and I only fall more in love with these characters with every new installment. I can’t wait to see where the author will take us next – I’m already dying for Eleventh Grave in Moonlight! 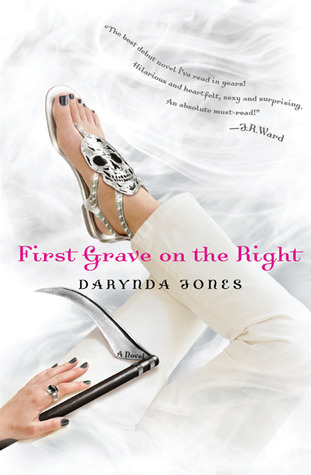 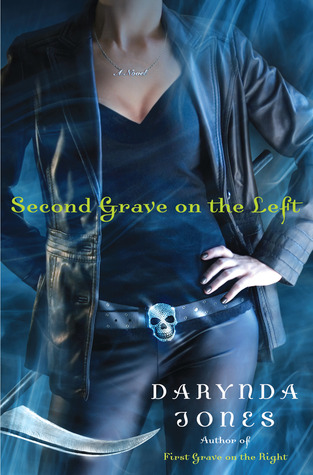 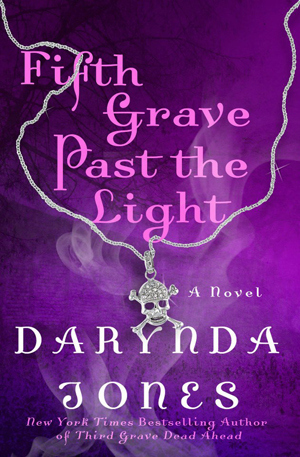 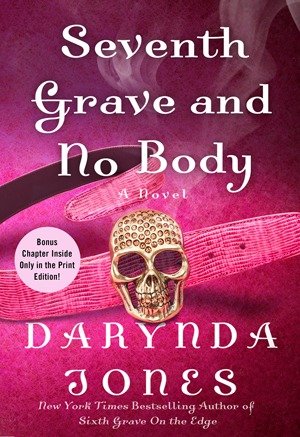 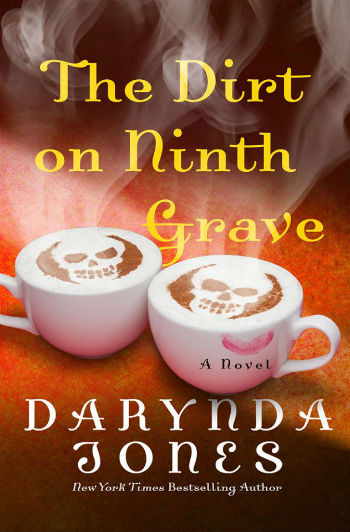 14 thoughts on “ARC Review: The Curse of Tenth Grave by Darynda Jones”

TO DO LIST:
🧡 ANNOUNCEMENT + SIGNED GIVEAWAY 🧡
A lil NYC photo dump 🤩 It’s been so good being back in the city (even if it is COLD)! Obviously I had to hit all the touristy spots: Rockefeller, Bryant Park, Madison Square Park, Hudson Yards, the Vessel, and FOOD. I’ve missed NYC bagels like you wouldn’t believe 🤣 Today is my last day and I’ll be flying back home earlyyy tomorrow morning!
Cover reveal for PLAYING HARD TO GET by @monicamurphyauthor! 🏈 It’s a college sports romance between a football player and his new English tutor 👀 The blurb is below!
What’s the last book you read and loved?
Thank you @bibliolifestyle @harpervoyagerus @williammorrowbooks #partner for my gorgeous copy of HEART OF THE SUN WARRIOR! ☀️