Welcome to today’s stop on the blog tour for To Have and To Hold by Lauren Layne!

To Have and To Hold by Lauren Layne
Series: The Wedding Belles #1 (full reading order below)
Publication Date: July 26th 2016

Sex and the City meets The Wedding Planner in The Wedding Belles, her sizzling brand new contemporary romance series about three ambitious wedding planners who can make any bride’s dream come true…but their own.

Discovering her fiancé is an international conman just moments before they exchange vows devastates celebrity wedding planner Brooke Burke’s business—and breaks her heart. Now a pariah in Los Angeles, she seeks a fresh start in New York City and thinks she’s found it with her first bridal client, a sweet, if slightly spoiled, hotel heiress. Then she meets the uptight businessman who’s holding the purse springs.

Seth Tyler wishes he could write a blank check and be done with his sister’s fancy-pants wedding. Unfortunately, micromanaging the event is his only chance at proving Maya’s fiancé is a liar. Standing directly in his way is the stunning blonde wedding planner whose practiced smiles and sassy comebacks both irritate and arouse him. He needs Brooke’s help. But can he persuade a wedding planner on a comeback mission to unplan a wedding? And more importantly, how will he convince her that the wedding she should be planning…is theirs?

Now here’s an excerpt from To Have and To Hold! ❤

It’s not as though Brooke had meant to start dating a con man. She certainly didn’t intend to get engaged to one.

But that’s the thing about con mans. The good ones were good at, well . . . the con.

And Clay Battaglia had been a good one. The best, actually, if you took the word of the FBI agent who’d debriefed Brooke and her family—while she was still in her wedding dress.

Turns out that while Brooke had been happily building her wedding-planning company, Clay had been quietly and competently been getting away with every white-collar crime in the book. While she’d been planning their wedding, he’d apparently been knee-deep in yet another Ponzi scheme.

Brooke hadn’t even known what a Ponzi scheme was when the FBI had told her.

Following Clay’s arrest, she spent weeks researching white-collar crime. Wanting to know what he’d been up to all those times he’d quietly kissed her forehead late at night and told her he needed to make some phone calls for “work.” Wanting to know what her life would have been like if the FBI hadn’t taken him down before they’d exchanged vows.

Still, while Brooke would be ever grateful that she’d learned the truth before she’d become Mrs. Clay Battaglia, she’d be lying if she didn’t admit that the timing of it had stung just a little bit.

If they’d only taken him down a day before. Heck, even an hour before.

Just moments after Brooke kissed her father’s cheek and prepared to marry the man she loved at the wedding she’d poured her heart into, the FBI stormed—yes, stormed—the church.

Clay was in handcuffs before she even registered what was happening.

Numbly she watched as he listened to his Miranda rights at the precise moment he should have been listening to the vows she’d spent months writing.

And as reality slowly sunk in, Brooke waited. Waited for him to look at her. To look at her and say that it was all a lie. All one big misunderstanding, and that they’d be on their way to Bermuda as planned by tomorrow.

He didn’t even apologize.

No, the man she’d loved for two years with every fiber of her being merely smiled at her and then shrugged.

There’d been plenty of photos taken that day, but that was the one that made it onto the front page of every major newspaper on the West Coast.

“The Greatest Con of All.” “Arrested by Love.” And her personal favorite, courtesy of her very own LA Times: “White-Collar Bride.”

The stories all read pretty much like you’d expect. About Clay, mostly, and the litany of accusations against him, but also about Brooke.

The papers had stopped short of defamation, but the implications were there. She was clueless and ditzy at best, a potentially overlooked accomplice at worst. Completely oblivious to the fact that she’d been sharing a roof with the most nefarious white-collar criminal in a generation—or pretending to be.

Brooke had been dodging dumb-blonde jokes for most of her life, but the debacle with Clay was the first time she thought she might really, truly be deserving of the title.

Brooke had even been relieved, at first. In those first weeks after Clay’s arrest, she hadn’t been able to handle any talk of weddings. Not her own, and not other people’s.

But the worst part of all of this, the part that kept her up long into the lonely nights, wasn’t the negative effect on her career. No, the worst part was that sometimes, in the very darkest corner of her soul, she feared that she might still love Clay, at least a little. Sure, her brain knew that all the things she’d loved about Clay had been a lie. Her brain understood that his name wasn’t even Clay.

But her heart? Her heart was having a harder time forgetting the way he always let her be the little spoon and tuck her cold feet against his warm calves. Or the way he’d brought her coffee in bed every morning. Or the way she’d come home after a long day with the worst sort of bridezilla and Clay would make them cocktails and sit on the deck with her, and watch the sunset and laugh.

She’d imagined that all their nights would be like that. All the nights for the rest of her life, with maybe with a couple of kids thrown into the mix eventually.

There wouldn’t be any more nights on the patio watching the sunset with Clay. Wouldn’t be any patio at all, because Brooke’s real estate broker had made it quite clear that she should be counting herself lucky to get a dishwasher in New York—a patio was out of the question.

So no patio. No Clay, or whatever his real name was.

No man at all, really.

No falling in love. 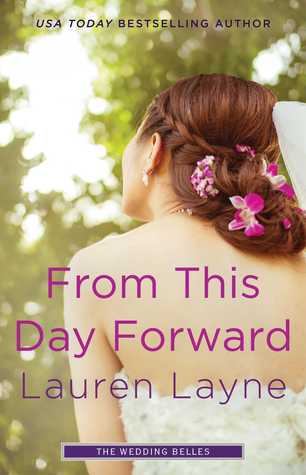 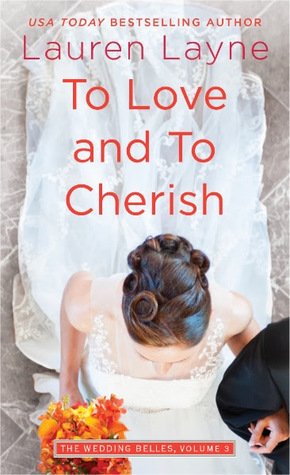 Lauren lives in New York City with her husband (who was her high school sweetheart–cute, right?!) and plus-sized Pomeranian.

Five years ago, she ditched her corporate career in Seattle to pursue a full-time writing career in Manhattan.

She writes smart romantic comedies with just enough sexy-times to make your mother blush, and in her ideal world, every stiletto-wearing, Kate Spade wielding woman would carry a Kindle stocked with Lauren Layne books.

When not bringing The Sexy, she likes to blog about her Instagram addiction, and why mean girls are the worst.

Five (5) Exclusive Print Copies of FROM THIS DAY FORWARD, A Wedding Belles Novella

9 thoughts on “Blog Tour + Excerpt & Giveaway: To Have and To Hold by Lauren Layne”