Harper Chase has just become the most powerful woman in the NHL after the death of her father Clifford Chase, maverick owner of the Chicago Rebels. But the team is a hot mess—underfunded, overweight, and close to tapping out of the league. Hell-bent on turning the luckless franchise around, Harper won’t let anything stand in her way. Not her gender, not her sisters, and especially not a veteran player with an attitude problem and a smoldering gaze designed to melt her ice-compacted defenses.

Veteran center Remy “Jinx” DuPre is on the downside of a career that’s seen him win big sponsorships, fans’ hearts, and more than a few notches on his stick. Only one goal has eluded him: the Stanley Cup. Sure, he’s been labeled as the unluckiest guy in the league, but with his recent streak of good play, he knows this is his year. So why the hell is he being shunted off to a failing hockey franchise run by a ball-buster in heels? And is she seriously expecting him to lead her band of misfit losers to a coveted spot in the playoffs?

I can always count on Kate Meader to deliver fun and sexy contemporary romances, and she has yet to disappoint me. This time, she’s moved from hot firefighters to gorgeous hockey players in the Chicago Rebels series. You have no idea how excited I was when I heard she’d be writing hockey romances – it’s been a while since I’ve read a good sports romance, so Irresistible You came at the perfect time! I ended up loving this book so much. A Cajun hockey player who whispers sweet nothings in French? A female owner of a hockey team? Can you see how I couldn’t help but love this fabulous read?

The Chicago Rebels series centers around three estranged sisters who’ve come together after the death of their father and the inheritance of his hockey team. The series kicks off with the oldest sister who has been preparing to lead the Rebels practically her whole life. But even though Harper Chase is prepared to take charge and show this male-dominated industry who’s boss, she’s not prepared for the newest member of the Chicago Rebels to set her insides on fire and make her want more in life in addition to the team.

Remy DuPre is known as the jinxed hockey player who is always so close to winning the cup, but has yet to succeed. This year is his final year, so to say he’s aggravated that he’s been traded into a sinking ship that is the Chicago Rebels team would be an understatement. To ensure he’s got a chance at the Stanley Cup, he make a deal with his irresistible new team owner – he’ll shape up the Rebels if he’s traded onto a better team that has a real chance at the cup.

Harper and Remy have an undeniable chemistry that is so passionate and sexy. I loved how these two were around each other. A little angry, a lot lusty, and very curious to see how their tension translates in bed. Harper is resistant to starting anything with her hockey player because of the backlash she’d face as a female owner, but Remy is irresistible in his determination to prove to her that what they have is worth fighting for. Will he succeed in charming his way into his team’s beautiful, ambitious owner?

Irresistible You is seriously a fantastic hockey romance. The characters are charming and lovable (Remy is to die for), the romance is as sexy as it is sweet, and did I mention that it’s hockey!? All of this combined made this book an amazing start to a series I have no doubt I’ll come to love even more with each book. Right now I can’t wait to read the next one! 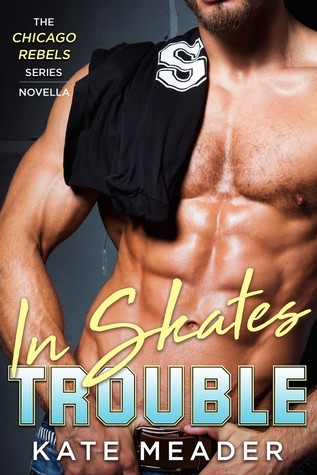 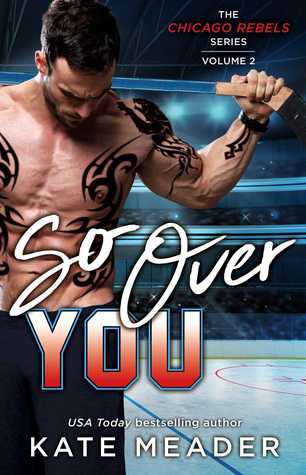