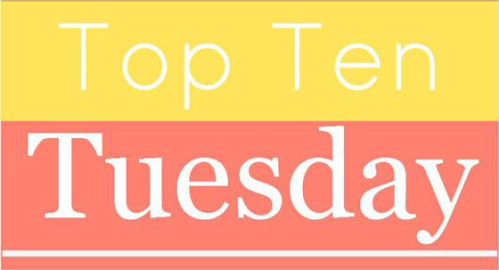 It’s Top Ten Tuesday again, hosted by The Broke and the Bookish! This week’s theme is…

The ones we chose for the best endings MAY HAVE SPOILERS, so read at your own risk!

And if my Sea of Tranquility were real, it would be this place, here, with him.
I don’t say anything right away, because I just want one minute to look at him before I give him my last secret.
And then I tell him.
“Your garage.”

“My name is Edith Prior,” she says. “And there is much I am happy to forget.” Then the screaming begins.

“If you stay, I’ll do whatever you want. I’ll quit the band, go with you to New York. But if you need me to go away, I’ll do that, too. I was talking to Liz and she said maybe coming back to your old life would be too painful, that maybe it’d be easier for you to erase us. And that would suck, but I’d do it. I can lose you like that if I don’t lose you today. I’ll let you go. If you stay.”

Today we’re participating in our very first meme that’s hosted by The Broke and the Bookish.

1. The Fault in Our Stars by John Green

This book is one of our absolute favorites! Cancer by itself is already a tough subject, and these characters are cancer patients who deal with death getting closer and closer every day. And Augustus Waters? *wipes tear* That boy and this whole book was so heart-breaking and incredible.

This book pretty much tore out my heart. I don’t want to say exactly what happened to Sky, since it is spoilery, but it was one of the sickest, most vile things I’ve ever read. I almost wanted to take a breather, but I COULDN’T stop reading. Loved this book so, so much. Hopeless is a definite must read.

3. Pushing the Limits by Katie McGarry

Noah is an orphan whose parents died while he was still in high school, and he’s fighting for custody of his two younger brothers, who mean the world to him. Echo is a girl who has scars all over her arms and nearly died because of an incident with her mother. Both of them are emotional wrecks and are in immense grief, and I love how they found love with each other in a time when they couldn’t possibly be happy.

At the start of the book, the heroine, Jacqueline, is attacked and nearly raped by a friend of her ex-boyfriend. The book focuses on the consequences of the attempted assault, and on Jacqueline’s relationship with Lucas, who has a past that was so sad and heart-breaking to read. LOVED this book.

5. The Sea of Tranquility by Katja Millay

Nastya’s life was ruined at a very young age from a traumatic event, and Josh doesn’t even care about anything but work ever since lost his family. The two are very broken, but what I love about them and this book is that they find a way to move past and accept their grief and be happy with each other. This book was SO FREAKING AMAZING.

6. If I Stay by Gayle Forman

Mia and her family get into a car accident, and everyone-her mother, father, and younger brother-dies except for her. Mia is able to see what happens while she in a  coma, and we experience the intense grief that Mia goes through, knowing that by the time she wakes up, she’ll be alone in the world. This was so heart-breaking to read, but I loved the 2nd book even better.

7. Wait for You by Jennifer L. Armentrout

Avery was sexually assaulted when she was a young teenager, and even though she’s starting college now, the effects of that experience have not waned. She goes through so much emotional pain that you can’t help but wish she gets her happily-ever-after with Cam (who is the most adorable guy ever!).

8. The Book Thief by Markus Zusak

A fictional book set during the Holocaust, The Book Thief is one of my favorite books ever, but made me an emotional train wreck by the time I was done.

9. The Coincidence of Kallie and Kayden by Jessica Sorensen

Callie also goes through something horrific, and keeps to herself constantly, never allowing herself to reach out to others. Eventually, she finds a connection with Kayden (who also has problems of his own), but it takes a long while before she can open herself up to him.

10. Thirteen Reasons Why by Jay Asher

Hannah tells her story through recorded tapes to the people who caused her to commit suicide. There is so much pain and suffering, and the book makes you think a lot about the effect you have on other people and how careful you should act towards others.

So, these are our top ten! Let us know which of these you agree with or what books you think should be added. And be on the lookout next week for our next Top Ten Tuesday (the next theme sounds SO FUN)!